I was provided with complimentary Ponytail Pals products to facilitate this review.  The opinions in this post are 100% mine.  You can read my full disclosure policy here. 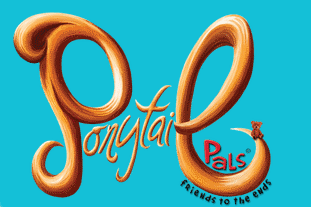 If you’ve got a little girl’s stocking to stuff this holiday season I have the perfect thing. These Ponytail Pals are adorable!  They’re sturdy elastic hair ties that come complete with a cuddly little stuffed animal attached. What a cool idea! 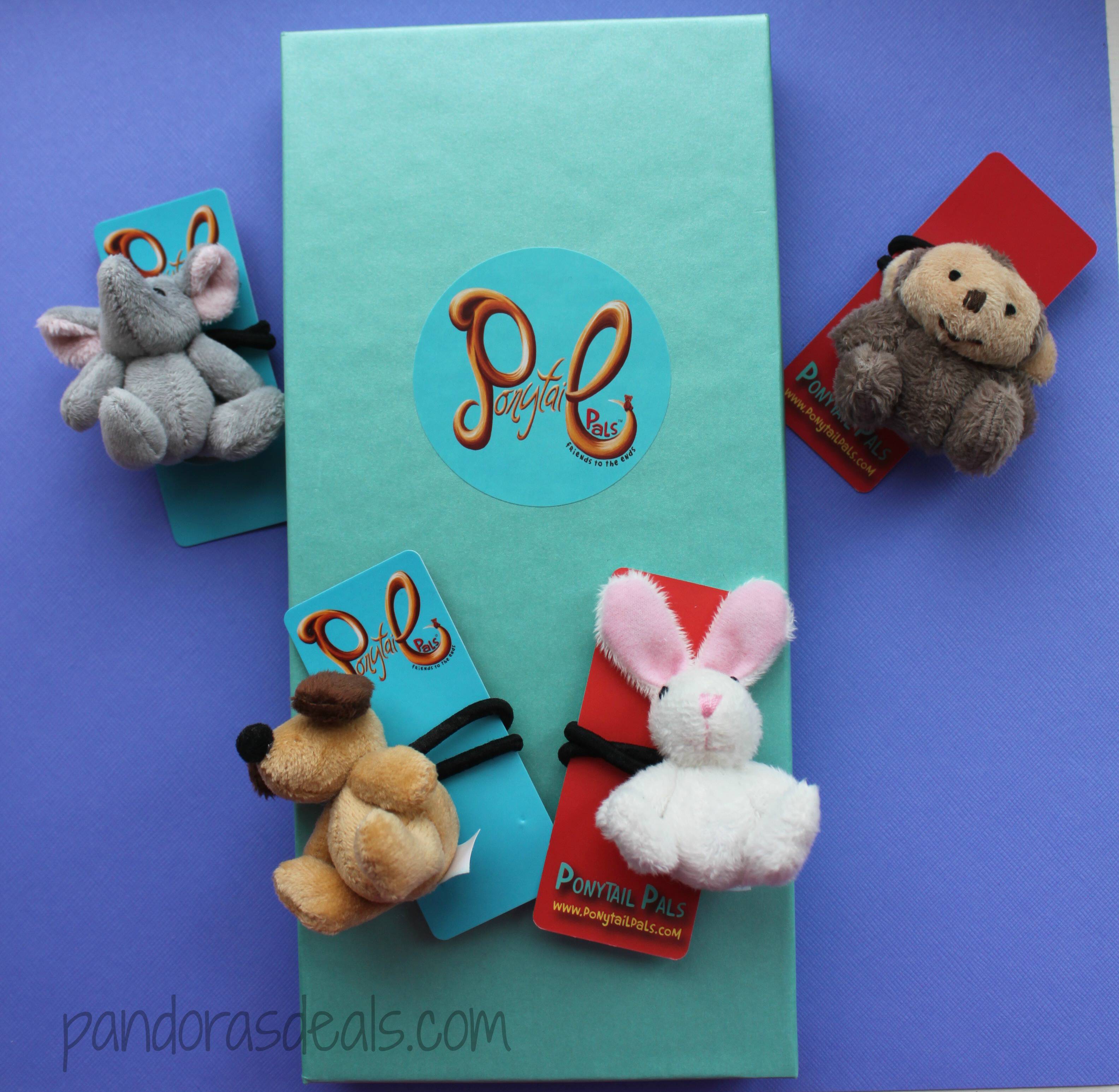 Ponytail Pals sent me a few of the their hair ties to try out. My daughter, lucky girl, has a head of thick hair so I was really glad to see that the elastic on these is the durable, thick elastic and not that flimsy thin kind that stretches out too easily and snags and frays. 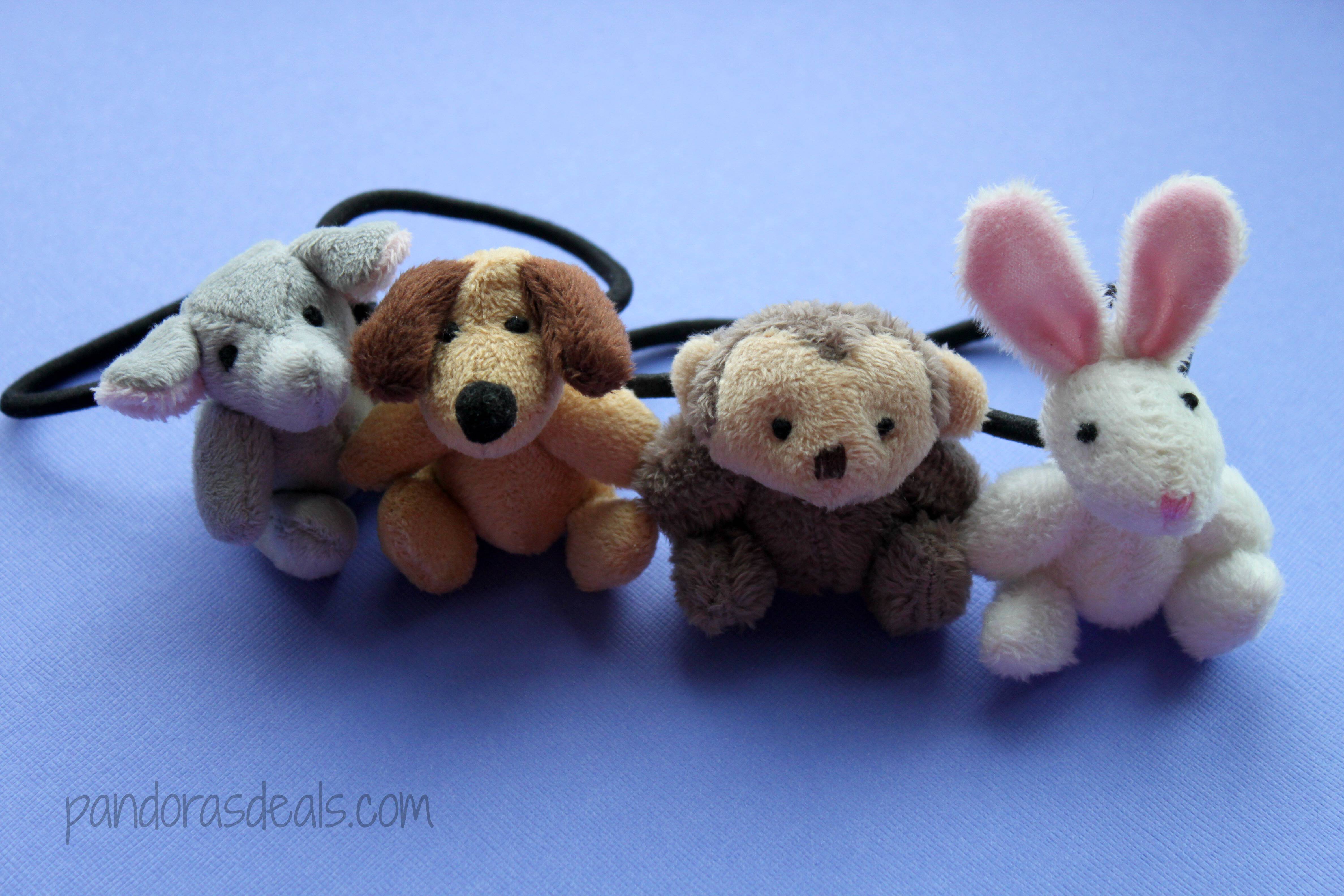 Aren’t they so sweet?  My daughter is the one with the long hair but my 4 year-old son sort of adopted a couple of these critters to call his own too.  I love the bunny and the monkey the most but they’re all so cute. He was able to wear them as a bracelet, too, and I like that they’re big enough that they’re not tight on kids’ wrists. So kids can take them wherever they go!

We tried a bunch of styles with our Ponytail Pals. I think I like this low pony the best. The little bunny is so stinkin’ cute!  Ponytail Pals are available in a bunch of different animal styles: bear, bunny, chick, dog, dolphin, elephant, horse, lamb, lion, monkey, and pig.

We used the monkey for a high ponytail here.  Obviously they’re cute but what I love most is that they stay in and are durable.  I don’t think the stuffed animals will be detaching from the elastic any time soon. They’re firmly attached.

This company was started by Designer Lisa Moy when she got tons of compliments after making the first one and decided to run with it. I love the brand’s message.

The heart of this brand captures that innocence and uninhibited imaginations through playful, amusing accessories that bear elements of surprise, whimsy, and delight.

Ponytail Pals are available on their website and in retail stores across the country.  Check them out before the holidays. They’re the perfect stocking stuffer at only $8.99 each. When you order 3 of them for less than $30 they’ll make a gift set for you that includes a sweet customized holiday card that says “A Special Delivery from Santa for…” How fun!

You can keep up to speed with the latest Ponytail Pals products and promotions by following them on Facebook.  Also check to see if there’s a retail store near you that carries them. They’re a great gift idea for kids!

Ponytail Pals is generously offering one of my readers 3 Ponytail Pals valued at $8.99 each! This giveaway ends on December 12, 2013. You can enter to win [HERE].