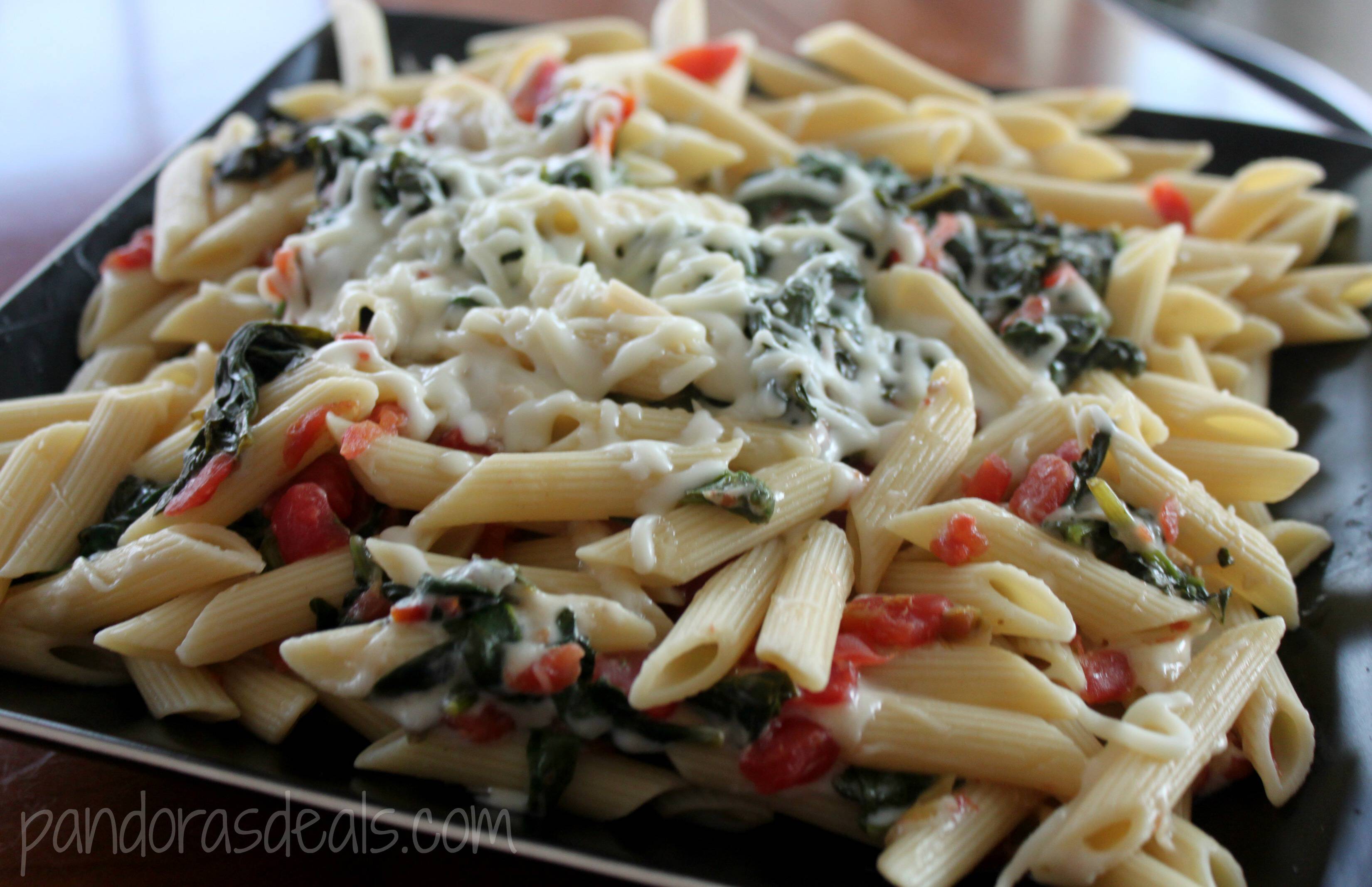 Pasta dishes are my go-to when I need something fast to throw together for supper.  I try to jam them with veggies to get something healthy in there. Although I buy the healthier pastas it’s still carb overload so I feel a little bit better eating pasta when it’s balanced with some veg.  This dish is really quick and easy to throw together and the kids love it for the pasta and cheese, too!  I love the spinach in there.

Bring a large pot of water to a boil. Add pasta and cook as directed on the box.

While the pasta is cooking, prep the veggies. Add the can of diced tomatoes to a large saucepan and heat on medium high heat. Turn it down it if starts to boil. You just want to heat it up, not splatter it everywhere!

Once it's heated add the spinach. Just lay it on top of the tomatoes. The steam will wilt it pretty quickly and you'll be able to stir it in. I actually bought my spinach at a farmer's market and probably had more than what's in a 10oz. bag. Use as much or as little as you'd like. Remember that spinach cooks WAY down and what looks like a lot uncooked won't look like much cooked.

Scoop a half cup of pasta water out of the pot of boiling water and add it to the tomato/spinach mixture.

When the pasta is done, drain it. Add the tomatoes and spinach to the pasta along with 1/2 cup of shredded cheese. Stir until combined.

Pour pasta onto a serving plate or bowl and top with remaining cheese. I put the lid to my pasta pot on top to hold in some steam and get the cheese to melt!

I am participating in a Canning Challenge this month with a group of other bloggers.  We’ll each be posting 10 recipes in the month of April either made with something canned, or something we’ve canned!