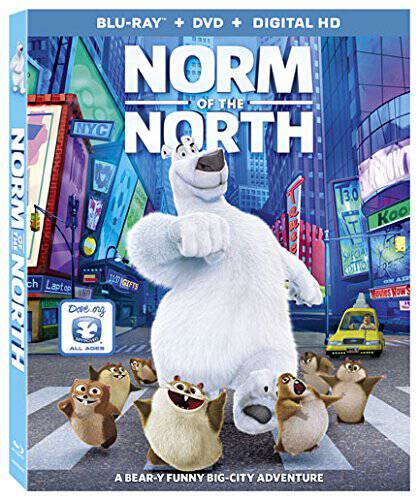 Our kids love movie night and we just found a new one that’s a huge hit! Norm of the North is now out on Blu-Ray and we were sent a copy to review and share with you. It’s adorable, funny, and perfect for the whole family.

Life can be a real bear—just ask Norm, a polar bear with unusual talents and a heart as big as the great outdoors. When he hears that human homes are going to be built in his Arctic backyard, Norm comes to the rescue. With a team of ragtag lemmings at his side, Norm heads to the concrete jungle of New York City on a freewheeling, fun-filled mission to stop the madness and save the Arctic.

Isn’t the trailer cute? My family loves animal movies and Norm is fun, funny, and a heartwarming character. We fell in love with him and had lots of laughs (and a little toe tapping – there’s some good music in this movie!).

The Blu-Ray combo pack has some really fun bonus features.