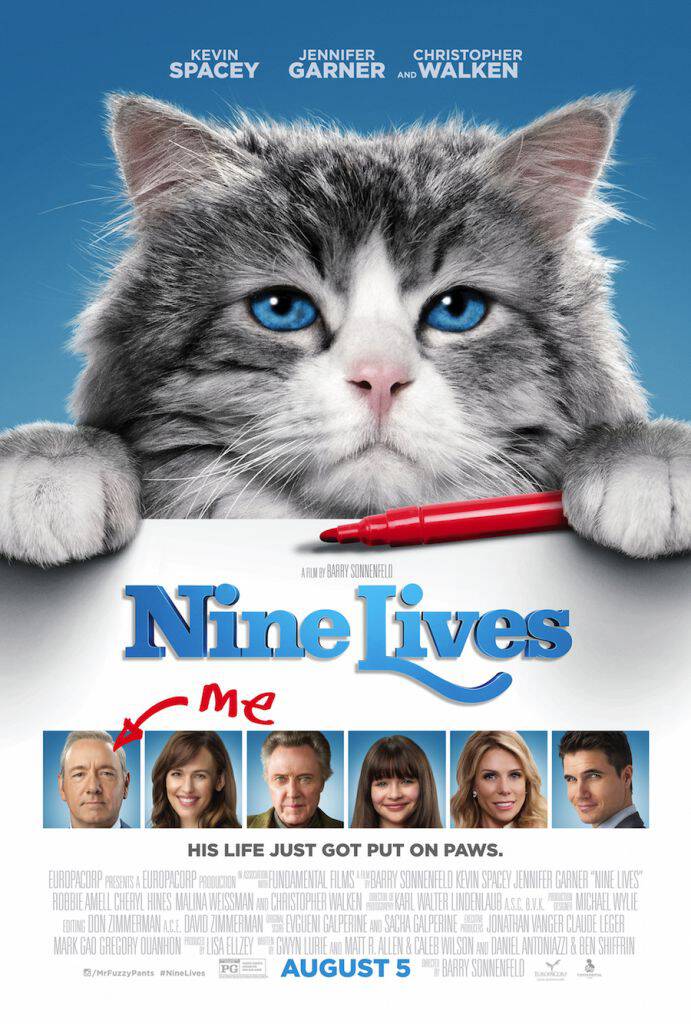 We’re cat people so we can’t wait for this movie – plus the cast is just awesome! The new trailer for NINE LIVES, hitting theaters on August 5, was just released and it’s SO funny!

Tom Brand (Kevin Spacey) is a daredevil billionaire at the top of his game.  His eponymous company FireBrand is nearing completion on its greatest achievement to date – the tallest skyscraper in the northern hemisphere. But Tom’s workaholic lifestyle has disconnected him from his family, particularly his beautiful wife Lara (Jennifer Garner) and his adoring daughter Rebecca (Malina Weissman).

Rebecca’s 11th birthday is here, and she wants the gift she wants every year, a cat. Tom hates cats, but he is without a gift and time is running out. His GPS directs him to a mystical pet store brimming with odd and exotic cats- where the store’s eccentric owner- Felix Perkins (Christopher Walken), presents him with a majestic tomcat, named Mr. Fuzzypants.

En route to his daughter’s party, Tom has a terrible accident. When he regains consciousness he discovers that somehow, he has become trapped inside the body of the cat. Adopted by his own family, he begins to experience what life is truly like for the family pet, and as a cat, Tom begins to see his family and his life through a new and unexpected perspective. Meanwhile, his family adjusts to life with an odd and stubborn cat, and his son David (Robbie Amell), steps up in ways Tom never expected.

If any hope exists of returning to his family as the husband and father they deserve, Tom will have to learn why he has been placed in this peculiar situation and the great lengths he must go to earn back his human existence.

Kevin Spacey, Jennifer Garner, and Christopher Walken are a few of my all-time favorite actors and this trailer looks so, so funny! 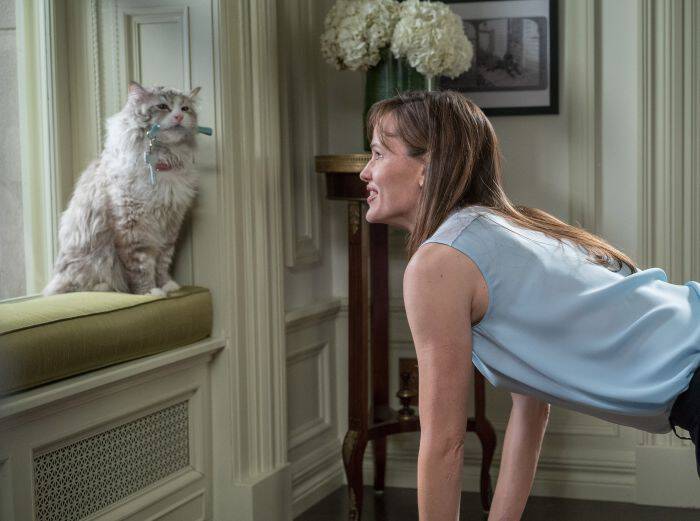 I actually interviewed Jennifer once and she is so down-to-earth and charming. Perfect for this role as a mom. And Kevin Spacey plays the best tough business guy, which somehow translates well into cat behavior, doesn’t it? My fellow cat people know what I mean.

Mark your calendars for the August 5 release date, and stay up to speed with NINE LIVES news by following on Facebook, Twitter, and get your fill of Mr. Fuzzypants on Instagram.