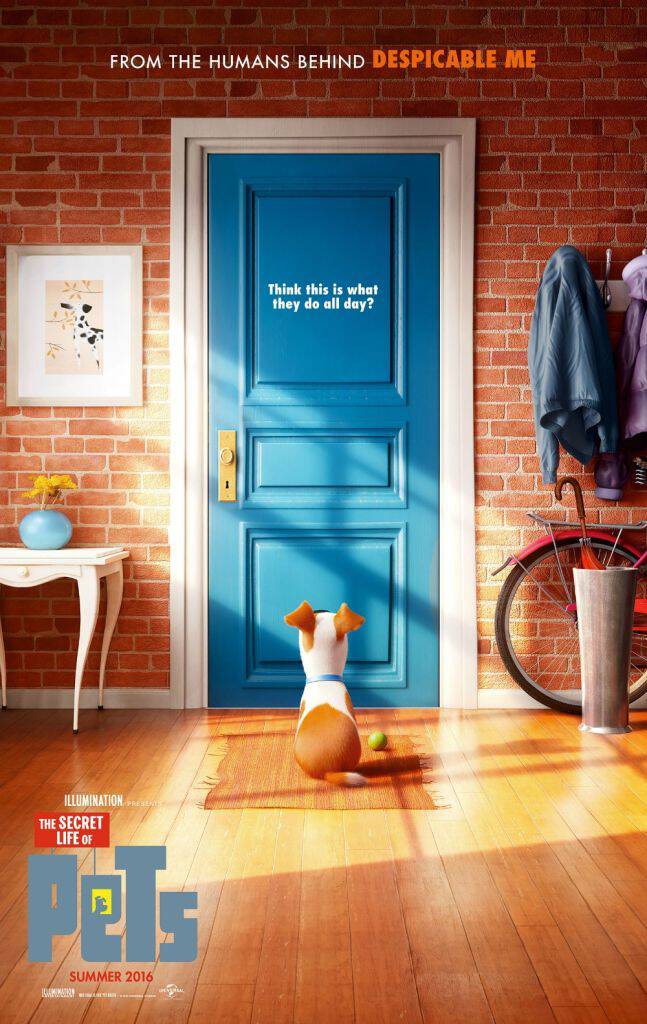 I’m dying laughing at this new movie coming out next summer, THE SECRET LIFE OF PETS! We have two cats and a dog, and it has cross my mind, do they just sleep the entire time we’re gone? This movie answers that question: What DO our pets do all day when we’re not home?! I have the new teaser trailer and some pics below. It’s hilarious!

So funny, right?! I can’t wait to see more of this one.

The dog under the mixer…cannot stop laughing!