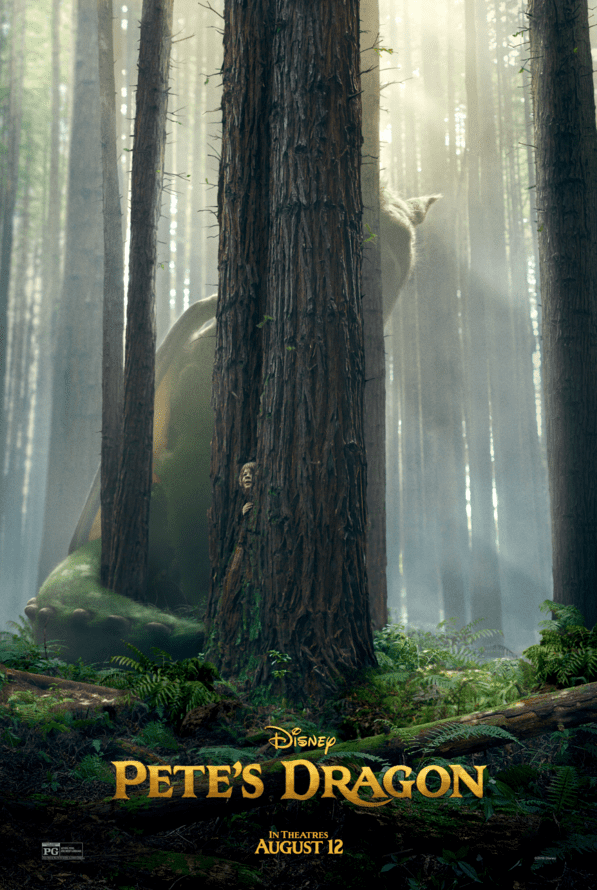 There’s another fantastic film comin’ atcha from Disney Studios! PETE’S DRAGON will be in theaters this summer, August 12. Take a look at the new poster that was just released. Looks so cool! I hope they release more images and a trailer soon.