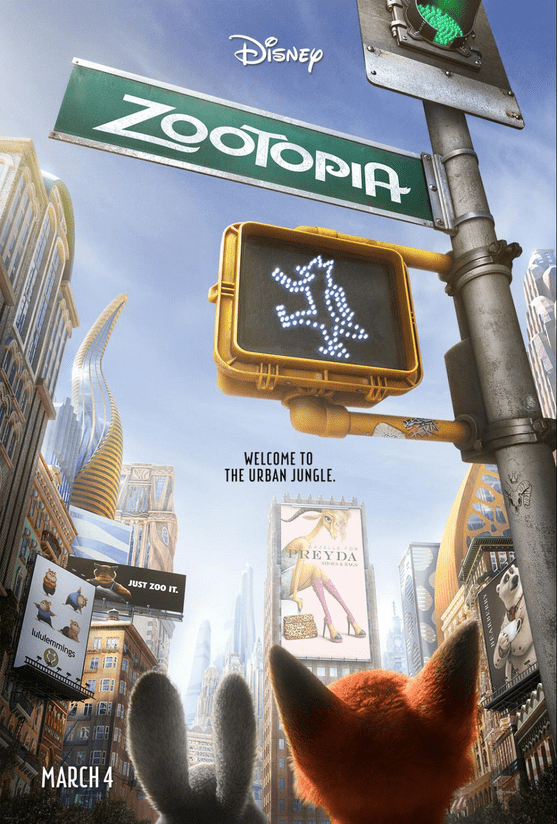 This movie looks SO good! We’re big time animal lovers over here and Disney’s ZOOTOPIA, in theaters March 4, 2016, is going to be a huge hit with my crew. The new poster was just released. Very cute! See the ‘Just Zoo It’ sign?!