The Lone Ranger rides into theaters on July 3 and Disney has released 6 awesome new character posters!  Hellloooooo Johnny Depp!  How you doon?   😉 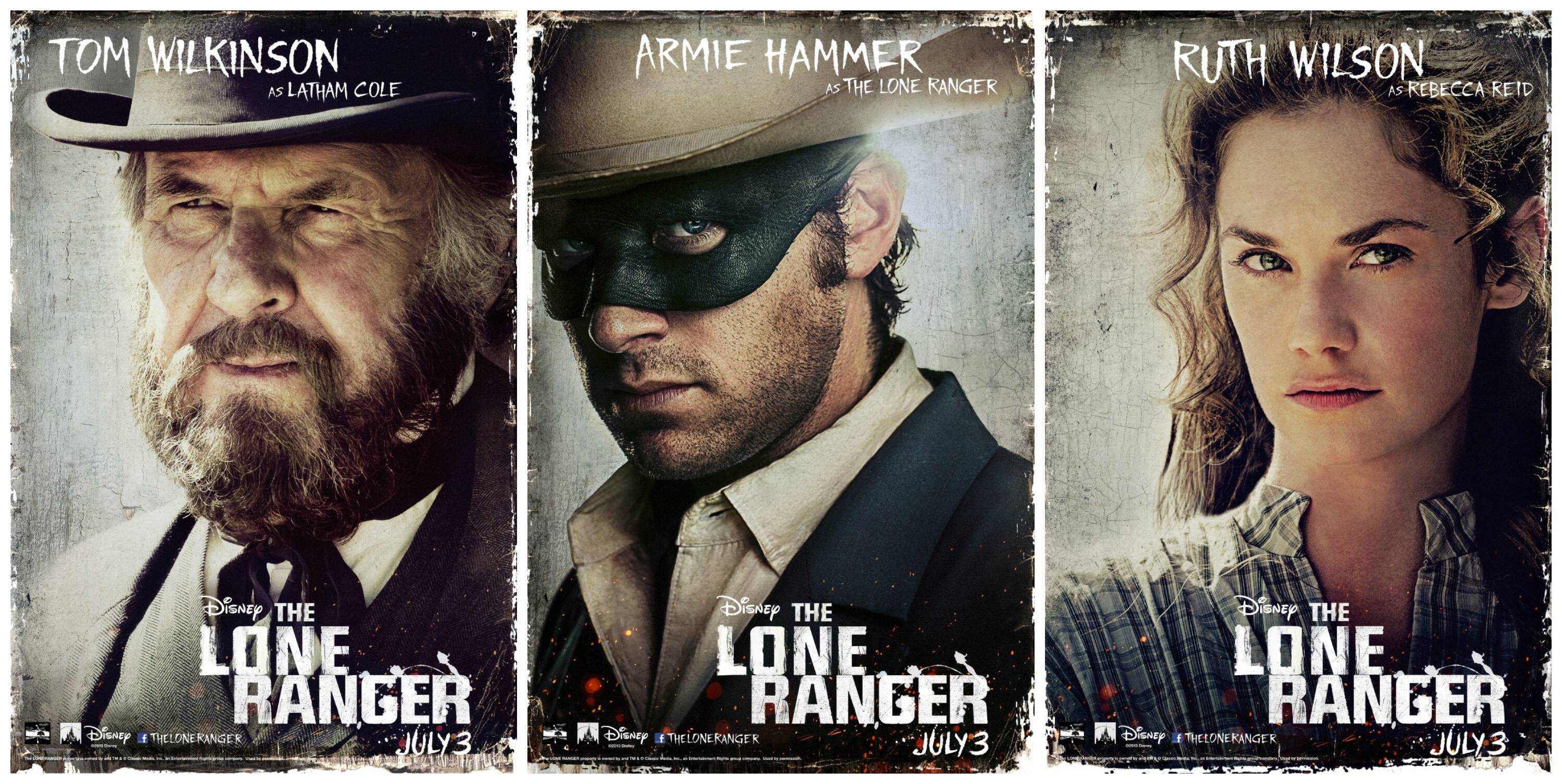 This movie is going to be SO cool!  Set your clocks because today, April 17, at 4pm ET there will be a LIVE The Lone Ranger Q&A session from L.A. with Johnny Depp, Armie Hammer, director Gore Verbinski and producer Jerry Bruckheimer.  Did you get that?  Johnny Depp and Armie Hammer LIVE this afternoon.  Woohoo!