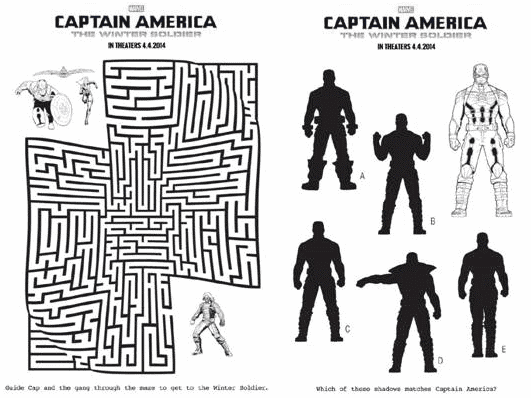 CAPTAIN AMERICA: THE WINTER SOLDIER will be in theaters on Friday April 4!  I’ve heard from friends that have screened it early that it’s awesome! Get the kids ready with some fun activity sheets. I have two free batches of printables for you: