I was provided with complimentary tickets to the National Toy Train Museum in exchange sharing this review with my readers.  You can read my full disclosure policy here. 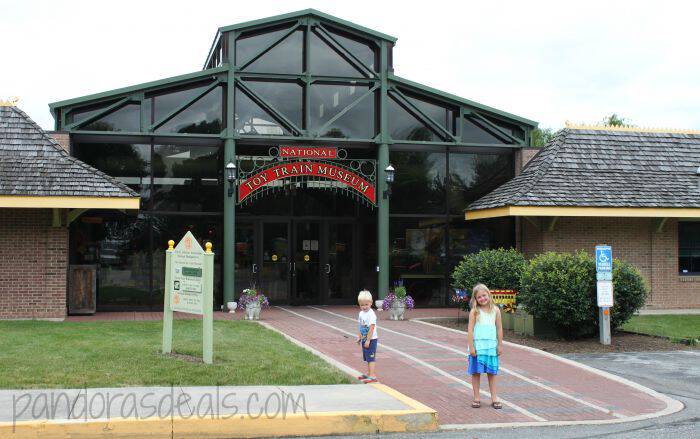 Lancaster County, Pennsylvania is full of fun attractions for families. Despite having lived here for years we’d never taken the kids to the popular National Toy Train Museum in Strasburg.  So one sunny day this summer we ventured out to check it out and we all had a great time!  If you’ve got little train fans at home they’ll definitely love this place. 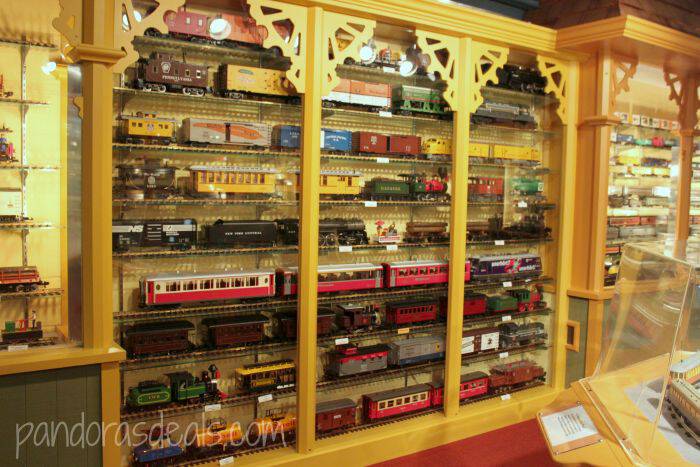 As soon as you walk in the lobby is really cool with lots of train memorabilia everywhere.  My kids were immediately drawn to the toy train table and played there for a bit before we went into the museum.  Inside the museum is every train you could imagine.  Now I’m not personally a train collector but what I really love about this place is that you definitely don’t need to be to enjoy it.  But, if you are….WOWZA! You’re going to love it! 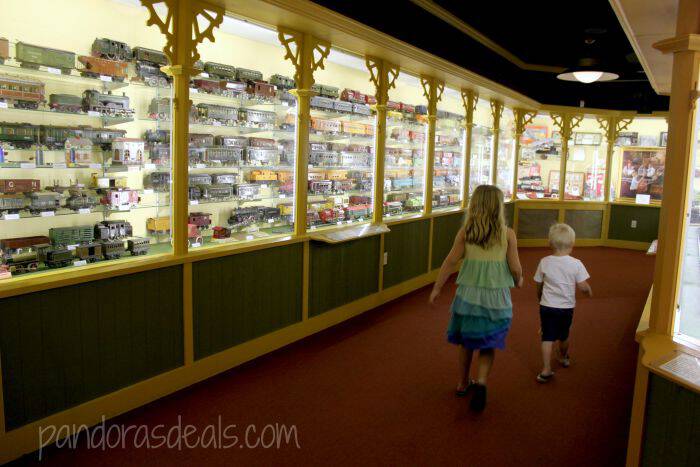 The National Toy Train Museum was opened in Strasburg in 1977 and has since been expanded. Twice.  Yup, there are A LOT of trains in there!  There’s actually over 6,000 square feet of them!

I really liked this Trains from Around the World exhibit. It features an N Gauge train that circles the Earth and has lots of cool trains in the case! My kids definitely liked the displays that had moving trains in them the most.

There are some neat little towns set up among the displays. My kids liked this one, and also found one that was a traveling circus that they loved!  The more you look the more you see!

Some of the displays are a little bit interactive and the kids can push a button and it starts a train or turns on a light. They liked exploring the museum and finding those buttons. What is it about kids and buttons anyway?!

This Marklin Wonder Wheel Dealer Display includes pre-WWI German toy train accessories. It’s just so neat to see this stuff from so long ago. And from all over the world, too!

Our family really enjoyed visiting the National Toy Train Museum. I think my husband may have liked it the most! There’s so much to see there and the more you look the more detail you’ll notice.  It’s so cool even if you’re not a train enthusiast. I think everyone would learn something and just enjoy the history of it.  But if you do happen to have a train collecting hobby you’re going to absolutely love it!  If you’re within driving distance definitely check it out. You can find the current hours and admission prices here.  And while you’re in the area you might want to check out some of these other Lancaster County attractions!