I was provided with a complimentary copy of Despicable Me 2 to facilitate this review.  The opinions in this post are 100% mine.  You can read my full disclosure policy here. 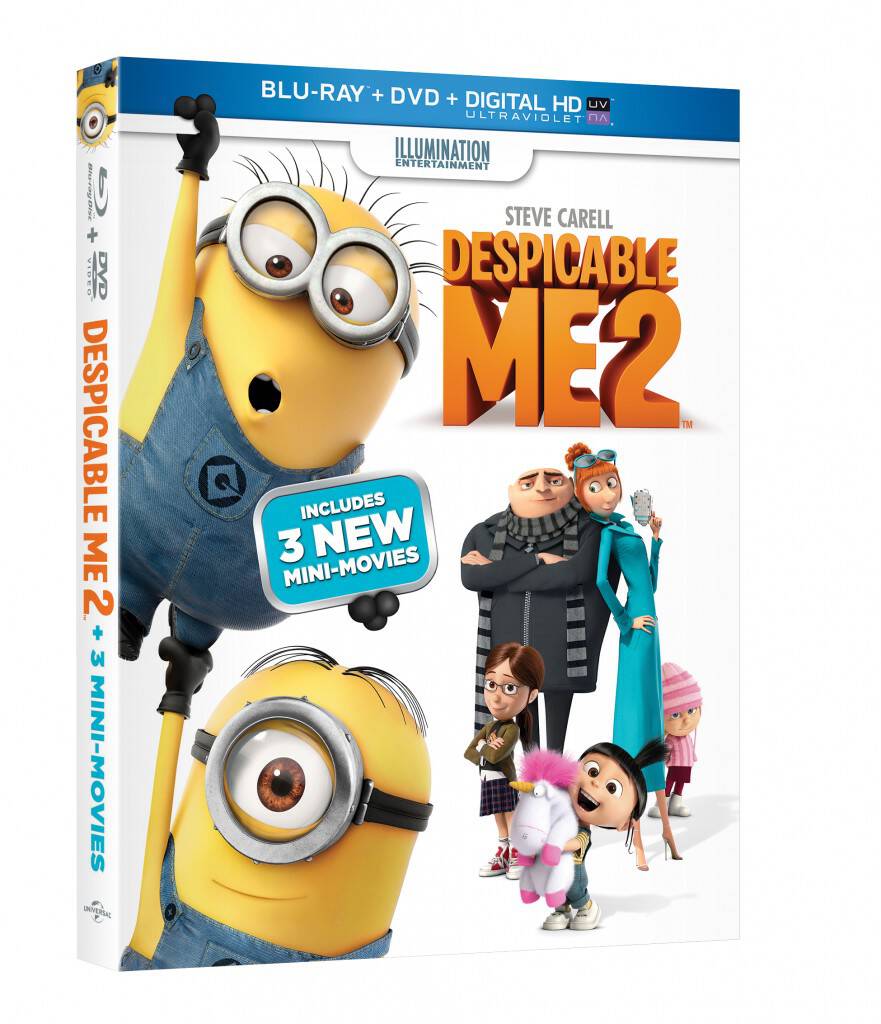 Despicable Me 2 on Blu-Ray comes out on December 10, just in time for Christmas!  My whole family loves this movie.  I think Steve Carell is an absolute riot as Gru and not only will this movie make you laugh hysterically, it has so many sweet spots that make you say , “Aw.”  We love the minions and those sweet girls, and this movie has a great new addition to the Despicable Me family, Lucy!

The Bonus Features are what really enhance the DVD version of a movie and this DVD is right full of fun bonuses.  You’ll get your minion fix for sure!

Some of our favorite bonus features are the Gru-Some Transformation and El Hombrea Malo.  My kids absolutely love the bonus mini-movies of the minions!  Here’s a sneak peek of one of them.

This is the Panic in the Mailroom clip and it’s hilarious!  Those minions…love them!

Some Despicable Me 2 Family Fun!

Just click on the image above for a great recipe and some more minion fun for the kids!

So what did we think of Despicable Me 2 on Blu-Ray?

We love it!  Seriously, I can’t tell you how many times my kids have watched this one.  Every time I let them turn on a movie this is their top choice, especially for my 4 year-old son. I swear he’s started speaking Minion. He talks in this little language that I can’t always understand and I think he may actually be a minion.  He’s cute, I won’t complain.   😉

The movie is hilarious for both kids and adults, and it’s got such a great story line and every character is brilliantly developed.  I don’t have one negative thing to say about it!  The Bonus Features just add to the fun, and there are a bunch on this Blu-Ray pack.  I always think it’s so cool to get all these behind-the-scenes looks and learn more about the film.

Despicable Me 2 on Blu-Ray would be perfect gift this holiday season!  Grab it for your family and bring some minion cheer to your neck of the woods!