I was provided with complimentary Mega Bloks SpongeBob Squarepants™ Invisible Boatmobile Rescue to facilitate this review. The opinions in this post are 100% mine. You can read my full disclosure policy here.

If your kids love to build and love SpongeBob this is going to be right up their alley! Mega Blocks has partnered with SpongeBob Squarepants™ to create a new line of fun building toys!  We were sent one to check out, the Invisible Boat Rescue, and my kids had a great time building with it. And there may have been a few funny voices involved too.  😉 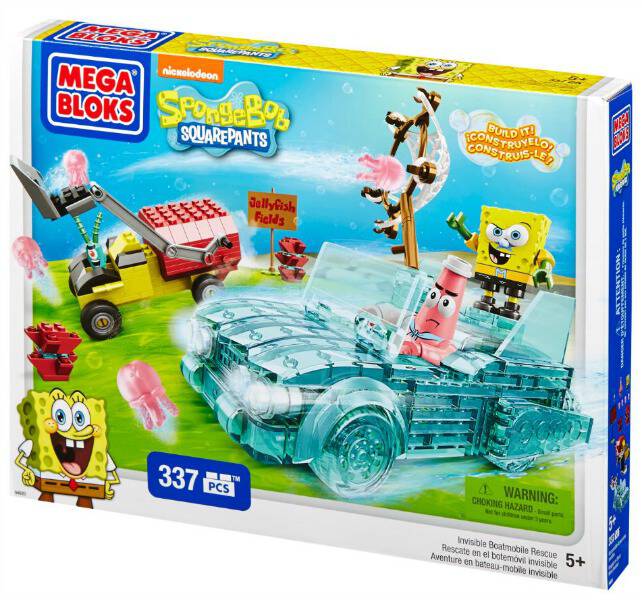 Here is the set, 337 pieces so it keeps the kids occupied for quite a while (yay!).  The directions are easy to follow though so it’s not frustrating and is actually recommended for ages 5-8. 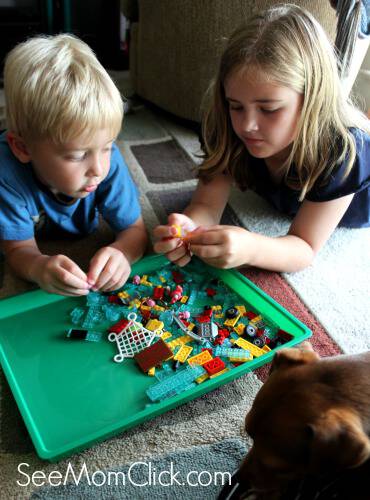 My kids put their heads together (literally!) to build this set and had a good time doing it. I love when they find something to work on together that’s challenging without being so hard it frustrates them. These Mega Bloks are right in that zone of perfection for my kids, ages 5 and 9.

Here’s the finished product! We love those pink jellyfish.  🙂   Here are some of the highlights of this particular set:

Invisible Boatmobile Rescue retails for $19.99 so it’s a great gift idea.  Remember the holidays are right around the corner!

Check out the Mega Bloks SpongeBob Squarepants™  line and look for them in your local stores.  You can keep up with all the latest Mega Bloks toys by following on Facebook, Twitter, and YouTube.

Mega Bloks is generously offering one of my readers the same awesome Mega Bloks SpongeBob Squarepants™ Invisible Boatmobile Rescue set that we got! This giveaway is open to US residents only and will end on October 30, 2014 at 11:59pm ET.