This post is in partnership with Universal Pictures Home Entertainment. All thoughts and opinions are my own. You can read my full disclosure policy here. 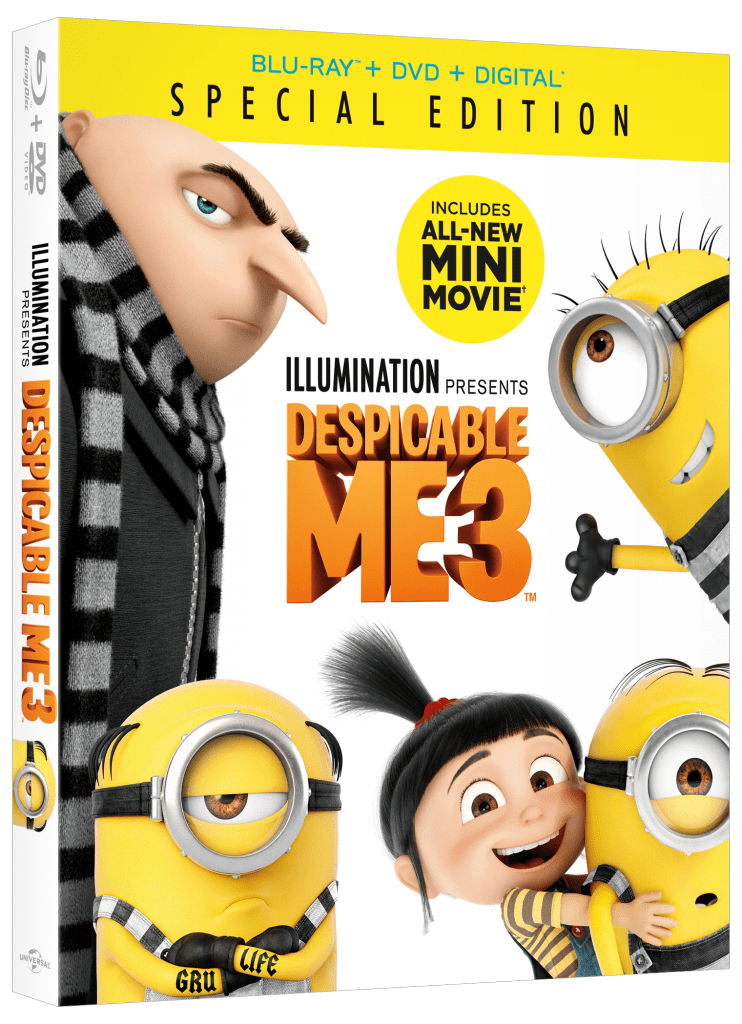 True story: Last week my daughter had a dentist appointment and it just so happened that my husband and I were both home to take her and treated her to a lunch date afterward. In the office lobby, Despicable Me 2 was playing on the TV and my husband and I barely spoke to each other while we watched. Minion love knows no age, right? We are all fans!

I’m so excited that Despicable Me 3 Special Edition is going to be available to own soon! It releases on Digital November 21st, and Blu-ray & DVD December 5th .

Illumination, the studio that brought you Sing, The Secret Life of Pets and the Despicable Me franchise, continues the adventures of Gru and his family in Despicable Me 3. After he is fired from the Anti-Villain League for failing to take down Balthazar Bratt, the latest evil mastermind to threaten humanity, Gru finds himself in the midst of a major identity crisis. But when a mysterious stranger shows up to inform Gru that he has a long-lost twin brother — a brother who desperately wishes to follow in his twin’s despicable footsteps — the former super-villain rediscovers just how good it feels to be bad.

This trailer just totally cracks me up! I seriously love these characters. Gru is my favorite, and the whole family – his wife Lucy, their three adorable daughters—Margo, Edith and Agnes—and the Minions is just so, so good together. No wonder it’s the #1 animated comedy of the year!

I’m thrilled the Blu-Ray and DVD are going to release right before the holidays. Despicable Me 3 Special Edition is a perfect gift idea. It actually includes over an hour of exclusive bonus features including an all-new mini-movie, Minion moments, and much more. The mini-movies are the best. They’re hilarious!