I was provided with a complimentary Magic Jinn to facilitate this review.  The opinions in this post are 100% mine.  You can read my full disclosure policy here. 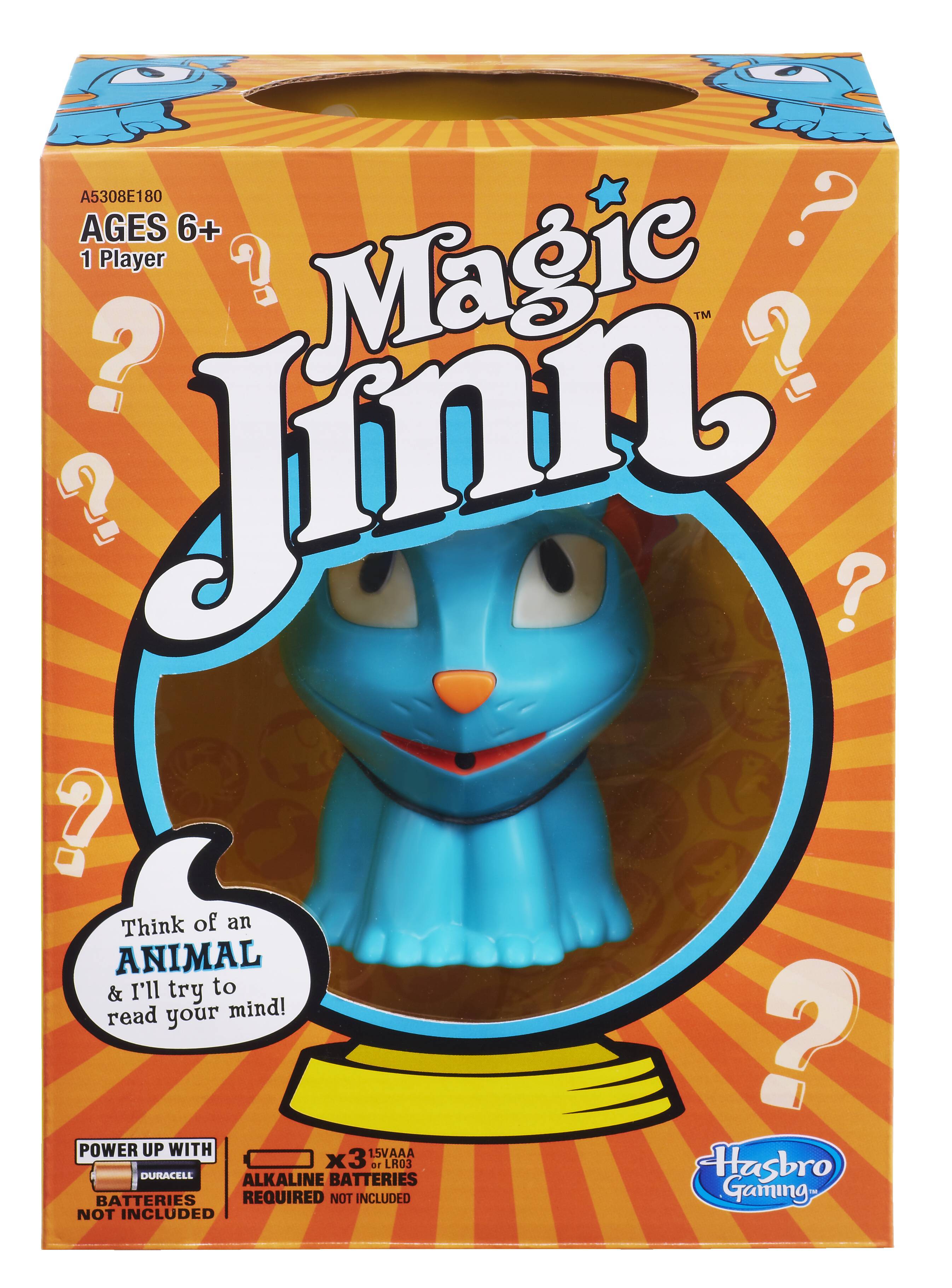 My kids love to play games (and so do I!) and it’s great when we find something a little different, not the typical board game.  Enter Magic Jinn! This toy is so cool and my kids have literally spent hours playing with it.

Remember playing 20 questions? Hasbro’s new MAGIC JINN brings that game to life by actually guessing what you’re thinking. Think of an animal and then listen to a series of questions from MAGIC JINN to which you answer ‘yes,’ ‘no,’ ‘I don’t know’ or ‘it depends.’ You might think you can stump him, but through a series of silly and thought provoking questions MAGIC JINN will magically try to guess exactly what you’re thinking! He’s great for one on one play to keep little ones thinking and imagining, and he’s also great for a group game that the whole family can enjoy together.

We broke Magic Jinn out of the box as soon as he arrived but I didn’t have 3 AAA batteries on hand so we had to wait a day or to to get those and be able to play.  That was probably my only thumbs down. It’s nice to get your game with batteries included because kids with new toys are not exactly the world’s  most patient people, right?! Anyway, once we got the batteries we got him started up and had some fun! He’s really easy to play with. Just push his nose to get him talking and he’ll ask you to think of an animal and say ‘Okay’ when you’ve got it. 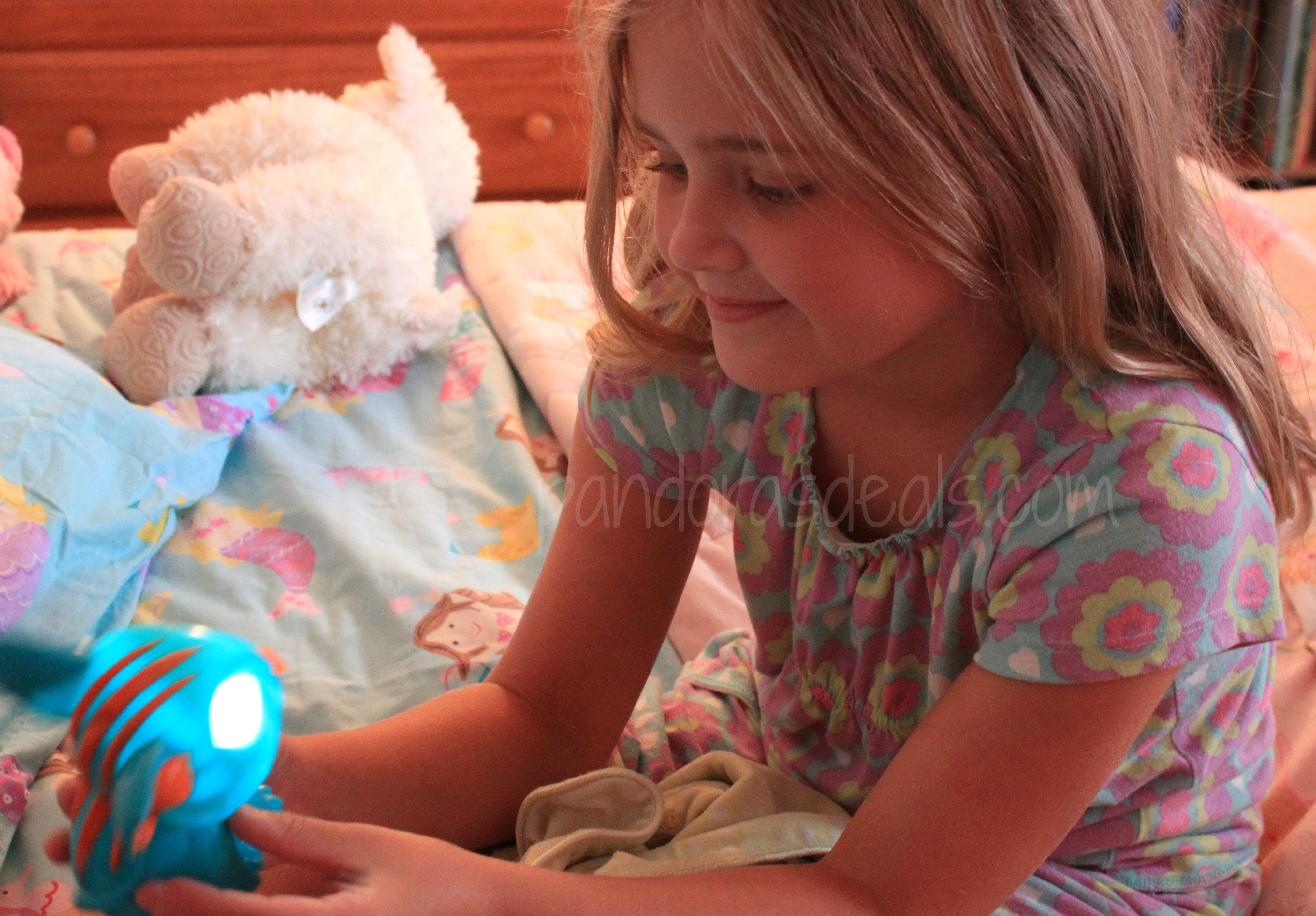 Then he asks you a series of questions to narrow down what you’re thinking of. “Is it larger than a microwave?  Does it jump? Does it have fur?”  Those are just a few examples. Then he’ll make his guess!  He’s surprisingly accurate even when you think of a kind of obscure animal. He easily got our cat and dog guesses, and nailed down our elephant and cheetah guesses, too. My kids were trying to stump him but I think they only managed to once.

The thing I like most about Magic Jinn, besides the fact that it gets the kids thinking hard to outwit him, is that he’s totally portable. There are no small pieces included, just him.  So you could take him on a trip for something to keep the kids busy. 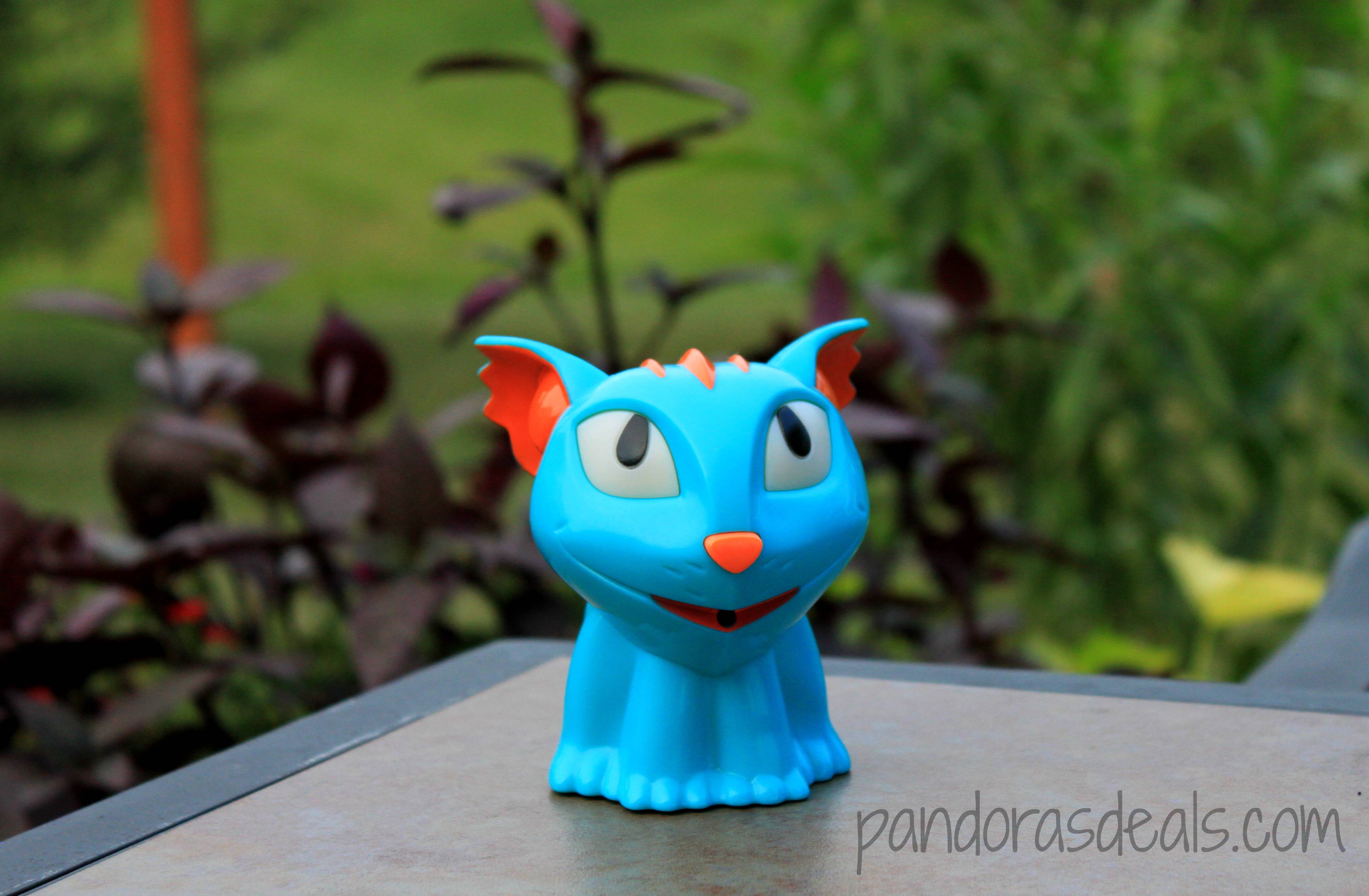 You can order Magic Jinn on Amazon at for around $20. He’s recommended for ages 6+ and I’d say that’s about right. My son is 4 and he did pretty well but would sometimes answer the questions incorrectly and we’d have to say ‘Go Back’ and get Magic Jinn to ask again so we could lead him down the right road to our animal.  Later this year there will be a food and drink variety too!

Hasbro is generously offering one of my readers a Magic Jinn of their own! This giveaway is open to US residents ages 18+ and will end on July 23, 2013.  You can enter to win [HERE].