This post is in partnership with Universal Pictures Home Entertainment. All opinions are my own. You can read my full Disclosure Policy here. 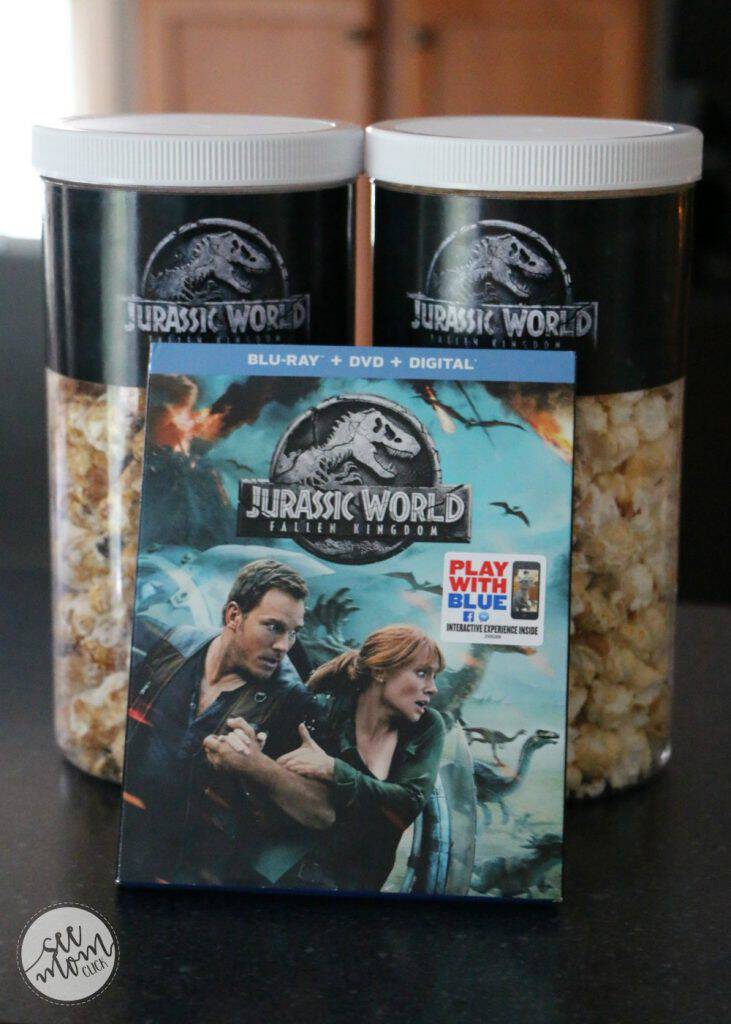 My kids get so pumped up about family movie night, and we had one awesome, dare I say ‘DINO-mite’ movie night here over the weekend with Jurassic World: Fallen Kingdom. It is available to own now on Blu-Ray and DVD and you guys – this movie is fantastic! A dinosaur costume really helped us get into the spirit. Check out the pics of me as a dinosaur below!

Jurassic World: Fallen Kingdom is such a perfect film for a family movie night because it has something for everyone: It’s exciting, funny, there’s a twist so you’ve got a bit of mystery thrown in, and there are good guys and bad guys to root for and against. Plus it’s awe-inspiring to see what it would be like to be alive at the same time as dinosaurs. 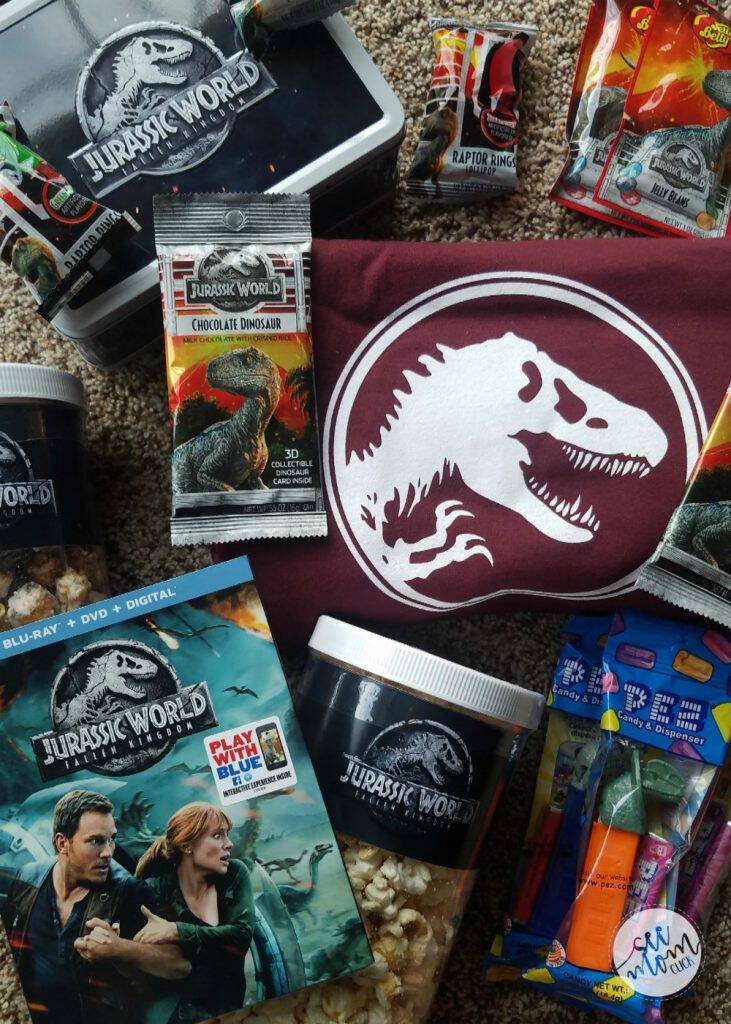 I definitely think this is the most WOW of the Jurassic Park movie series, and while we love them all, it’s such a new chapter to see what happens when the park is gone. Where do the dinosaurs go? Do they survive? You have to watch to find out. There’s over an hour of awesome bonus content on the Blu-Ray, too.

What better way to get in the true dinosaur spirit than to dress up like a velociraptor? I can’t believe my dog wasn’t totally freaked out by me in this costume. What a good boy.

You know what’s really fun? Bursting into your teen’s bedroom dressed as a dinosaur. I’m like the funnest mom ever. I’m not sure if she thinks so, but I got a good laugh out of her and got her all riled up to watch Jurassic World with us!

This dino costume is a bit hot but it does come with a fan inside to blow it up and that helps a bit. I didn’t last too long in it and then made my husband put it on and pose. (He’s also a good boy.)

It’s hard to sit on the couch when you’re wearing an inflatable velociraptor suit but he figured it out. I don’t think we’ve laughed so hard in ages. All families should own one of these suits. Someone is going to the bus stop in this before the year is over.

My husband really got into character and scared the kids so they dumped popcorn all over the floor…much to my dog’s delight.

Getting geared up to watch Jurassic World: Fallen Kingdom has to be the most fun we’ve ever had prepping for movie night. I mean…look at us! Hilarious!

The movie is AWESOME. Fantastic characters (dinosaurs included), and it’s smart and entertaining.

I love Chris Pratt. He’s just the right blend of hunky and hilarious to be perfect in this role. And Jurassic World has more dinosaurs than ever! The scenes with them running away from the volcano erupting are incredible. They look so real!

My son and I had to snuggle up for a couple of intense scenes, and I can’t give away the ending (there HAS to be another movie – we need to know what happens next!), but it was VERY satisfying. Whether you’re already a fan of the Jurassic Park series, or you’re new to it, your family will LOVE this movie!

Jurassic World: Fallen Kingdom on Blu-Ray is available to own now, and this is definitely one for the home library. We’re going to end up watching this movie over and over. And the bonus content is fantastic.

Get a peek at some of the highlights in the video above! You can grab your copy of Jurassic World: Fallen Kingdom now. And if you want a dino suit to go with it (you know you do), here’s the one I’m modeling in the pics above. Best. Movie night. Ever.

The generous folks at Universal Pictures Home Entertainment want YOU to get in on the dino-action, too, and are sponsoring this awesome giveaway:

One (1) winner from your blog will receive: