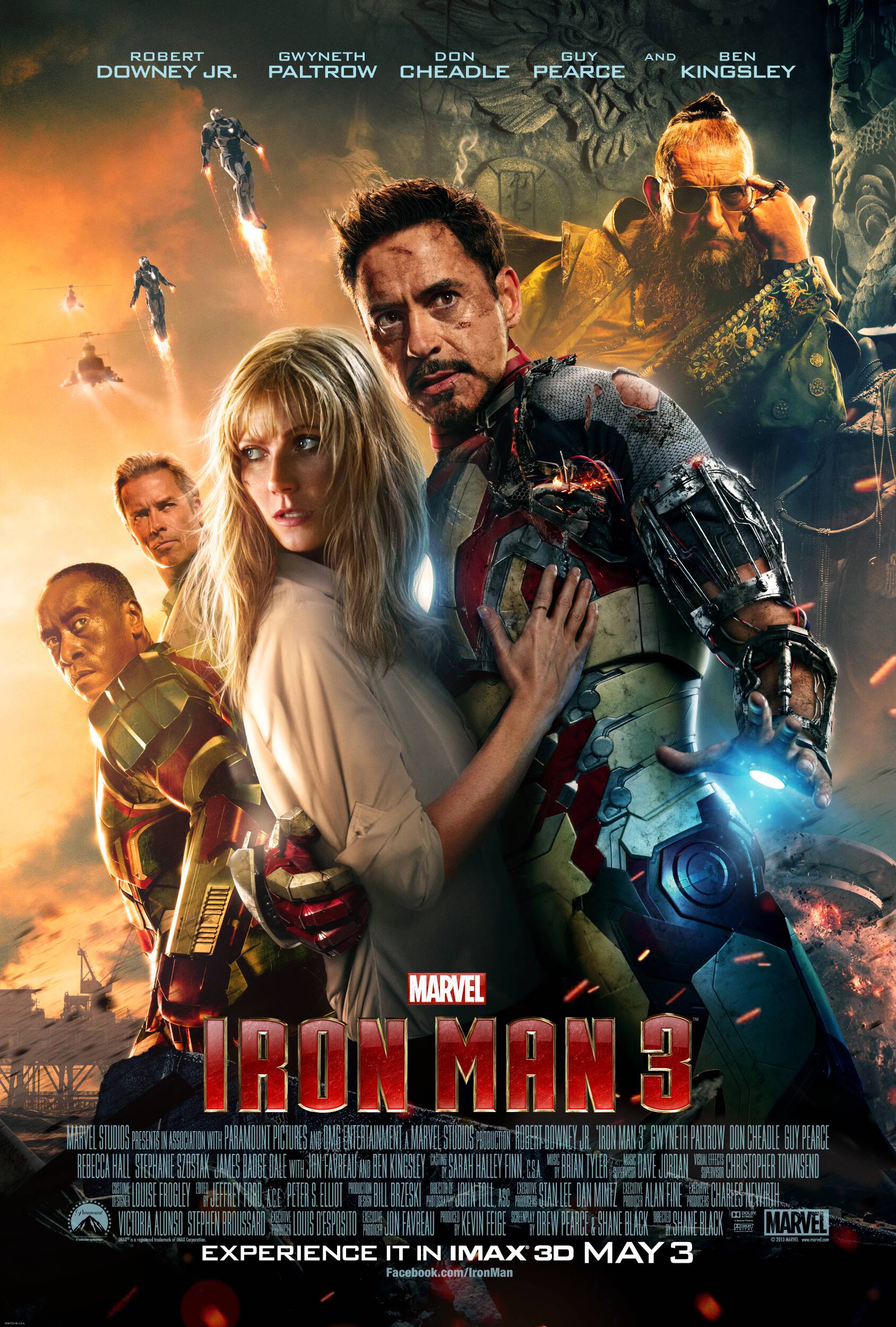 Iron Man 3 will be out in IMAX theaters on May 3! I watched this trailer and now I’m hooked! Not only is Robert Downey Jr. totally drool-worthy, but the movie just looks incredible!  Love the poster!