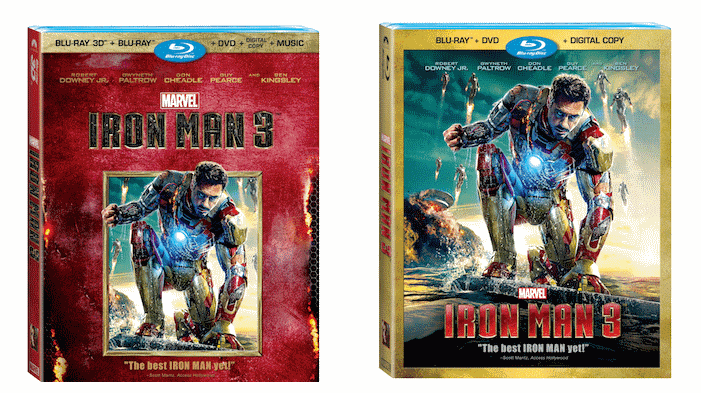 Iron Man 3 came out on Blu-Ray Combo pack last week!  Woohoo Tony Stark!  I have a bunch of bonus clips to share with you from the DVD.

Robert Downey Jr. and the stunt team discuss the process of Tony calling the Iron Man suit and the CGI involved.

Watch Robert Downey Jr. and Adam Pally (TV’s “Happy Endings”) in a fun deleted scene where Gary shows off his Tony Stark tattoo in his van.

The Mandarin calls for the set to be prepped.

Sir Ben Kingsley amuses Robert Downey Jr. and Don Cheadle with accents from around the world.

Which ones did you like best?  The Gag Reel and Trevor’s Accent had me laughing!  Iron Man 3 is out on Blu-Ray now! You can order on Amazon and add this one to your collection!