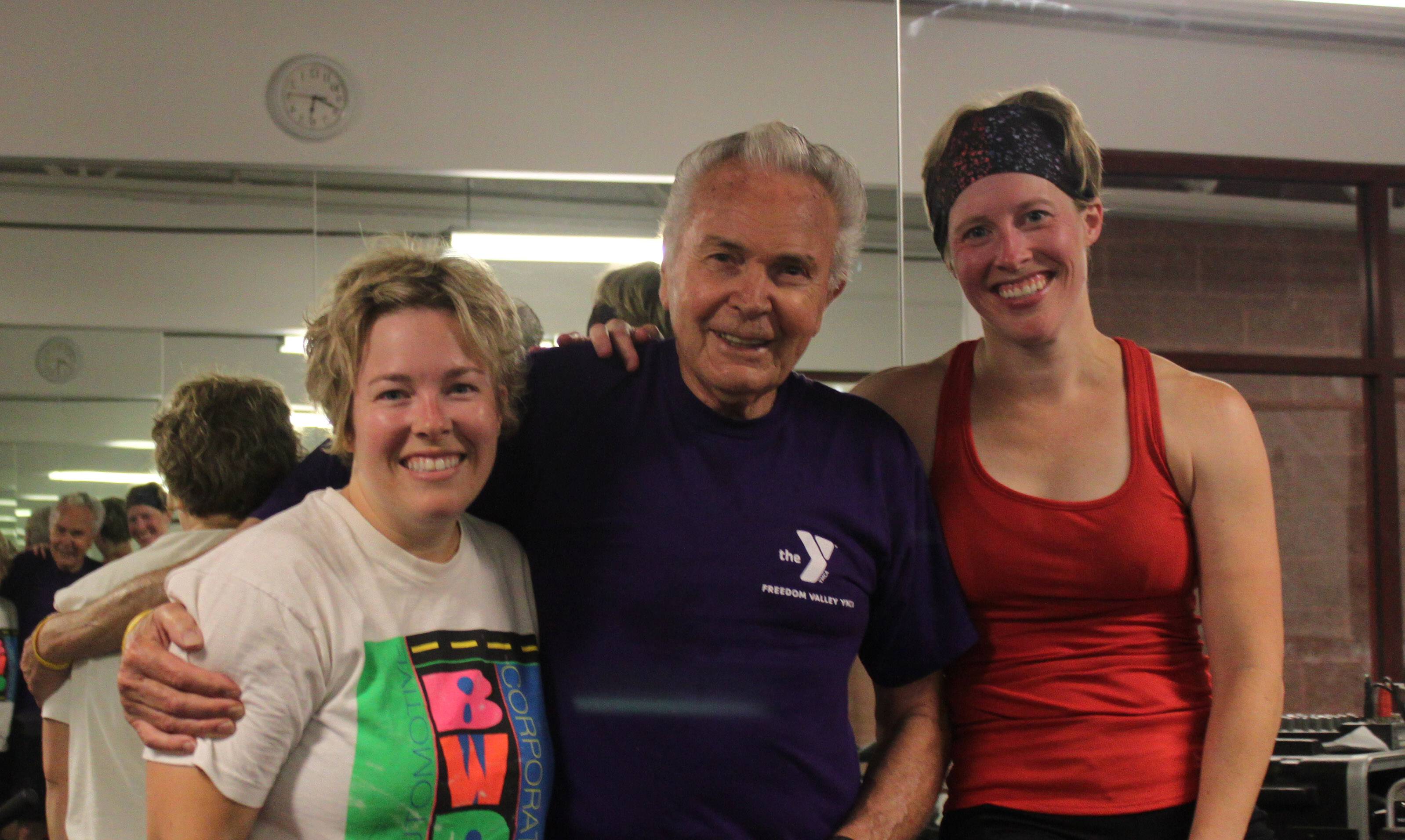 Some of you that are Facebook readers know that I took a spin class on Monday.  I used to spin once in a while maybe a year ago or so and I loved it.  But this spin class was special for two reasons.  First, my sister teaches the class.  This picture of us after class might get me in trouble with her.  She’s the hot one on the right and although it’s not exactly the most flattering pic of any of us (we *did* just bust our asses spinning for 50 minutes), if I had her body I’d be spinning in a bikini.  No lie.  It was my first time in one of her classes since she became an instructor.  What can I say?  She rocks.  After class one of her students said to me, “Did she warn you before you took the class that she was insane?”  Yeah, I’ve known her for 34 years.  I’m familiar.     😉     Seriously though, you haven’t taken spin til you’ve taken it with Ashley.  I’m pleased to say that I kept up through the entire class and didn’t pass out or vomit.  Go me!  One day later my quads are still on fire and I prefer to stand versus sit on my sore butt.  But hey, it’s the price you pay to burn calories and prove a little somthin’ somthin’. 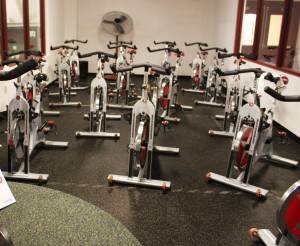 The second reason this class was special was that it was on July 9.  That’s the day we lost my Dad to a heart attack 5 years ago.  I wanted to write this post and tell you about this spin class not to ask for your condolences, but to tell you that we spent the day honoring his memory and his heart by making our own hearts stronger.  See that man in between me and my sister in the picture?  His name is Dominic and he’s 81 years old.  EIGHTY-ONE.  And he takes spin class 5-6 times a week.  If 81-year-old Dominic can get up and shake a leg, and I can get up and show my sister who’s who on a bike, anyone can do it.  Anyone can do SOMETHING to take care of themselves and their hearts.

Besides my family for inspiration, the one thing that gets me rockin’ at the gym is good music.  Ashley always has the best cardio playlists.  Here are the songs we worked out to in her class:

You’ve Got the Love by Florence and the Machine

Only One by Sammy Adams

Born to Be My Baby by Bon Jovi

50 Ways to Say Goodbye by Train

Now or Never by Outasight

All Around the World by Justin Bieber

In memory of my Dad, in honor of my inspirational sister, and as a kick in the pants to any of you who need it to get started doing something good for your hearts, I want to give you some rockin’ music to get you moving!  I’m giving away a $15 iTunes e-gift card so you can buy the songs on our spinning playlist, or whatever songs you like to get your heart pumping!

This giveaway will end on Friday night at midnight, July 13, 2012.  No Rafflecopter this time.  To enter to win, leave me a comment below telling me one thing you’re doing or  that you’re going to start doing to take care of your heart.  Want an extra entry?  Leave me a comment telling me your favorite song that gets your blood pumping!