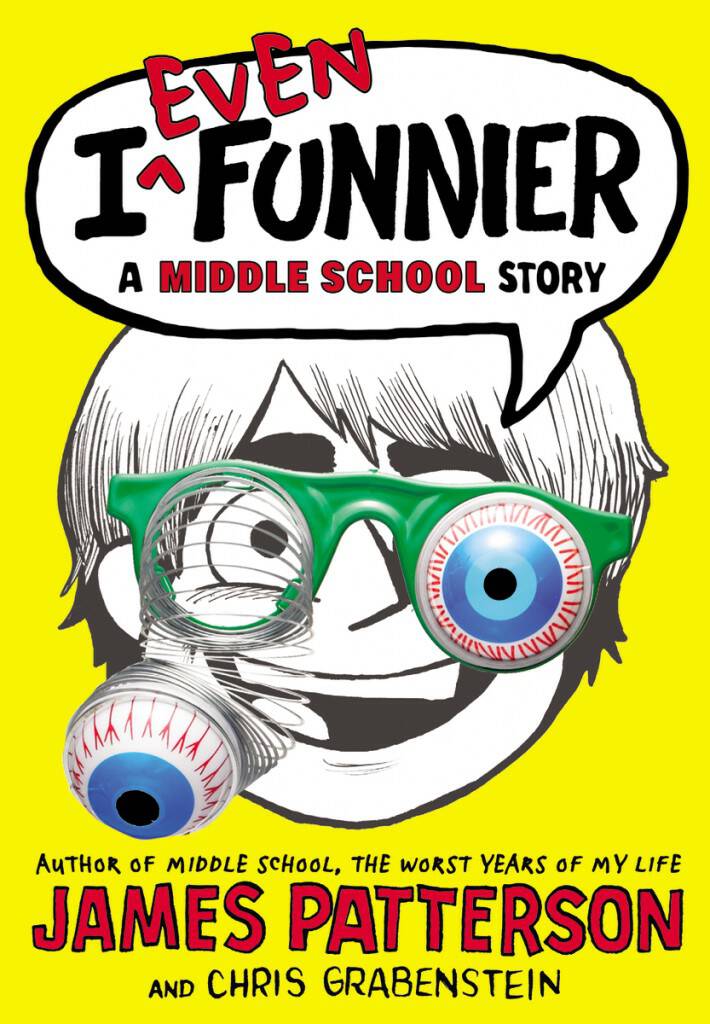 I Even Funnier is the side-splitting second installment in James Patterson’s hilarious #1 New York Times bestselling series for kids!

Middle Schooler Jamie Grimm has big dreams of being a stand-up comic (even though he’s wheelchair-bound) and he’s not about to let anything get in his way of making his dreams come true! In this second book in the series, Jamie is off to the state finals in the Planet’s Funniest Kid Comic Contest, but there’s another kid who thinks he’s a million times funnier than Jamie…who will win?

Filled with hilarious jokes and plenty of heart, this is the perfect book for boys and girls (psst…even those who don’t like to read!).  Check out what the son of my friend at Suburban Coupon Mom thought.

Here is the fun part:  One reader is going to win a fantastically funny I even funnier prize package that includes a practical joke kit and a copies of I FUNNY and I EVEN FUNNIER!

This giveaway is open to US and Canada residents ages 18+ and will end at 12:59am ET on December 20 so enter to win by the end of the day on December 19.  Bloggers are no responsible for prize fulfillment.