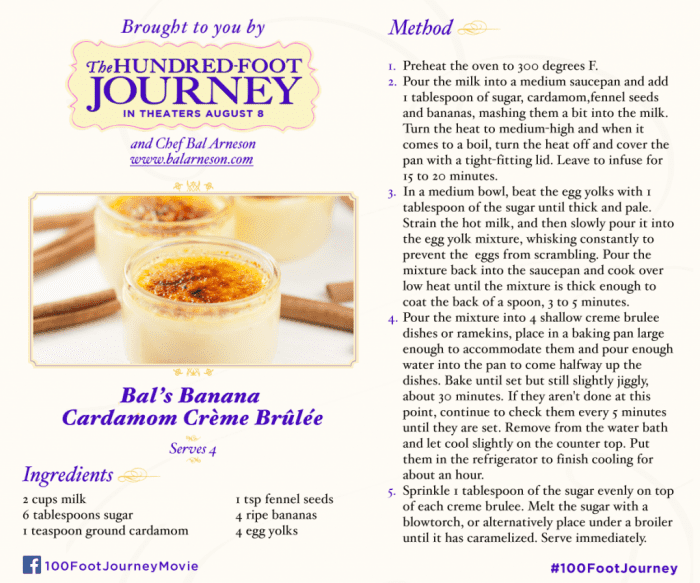 THE HUNDRED-FOOT JOURNEY will be in theaters on August 8 and it’s going to be deliciously awesome! I’m really excited about this one. Looks like such a great story!  Get ready with this yummy new recipe for  Crème Brûlée.  Nom nom. 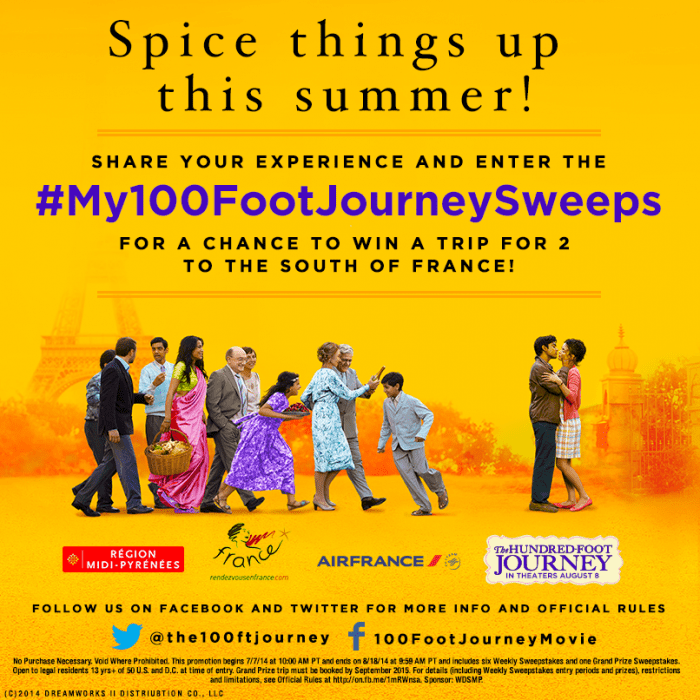 They are also running a fun sweepstakes with the opportunity to enter for a shot at winning a trip to France! You can get all the details here, and follow on their social media pages (links below) for your chance to win. Read more here.