I have a new Humane League of Lancaster County Pet of the Week to share. Meet Diana! She looks like a snugglebug!

Two year old Diana was found as a stray and was cared for as an outside cat for approximately six months. Now having arrived at the shelter, Diana has adjusted to life indoors and is eager to settle in to a home of her own. Diana has a soft and sleek black and white coat which gives her a regal appearance. She is a friendly gal, both towards humans and towards other, laid back cats. She is currently residing in one of our Cat Colony rooms, where she gets along well with her roommates. She can often be found perched atop the cat climber, sleeping softly in the sun or gazing out at the birds from the security of her fluffy cat bed. Diana would be a great companion for a variety of families. 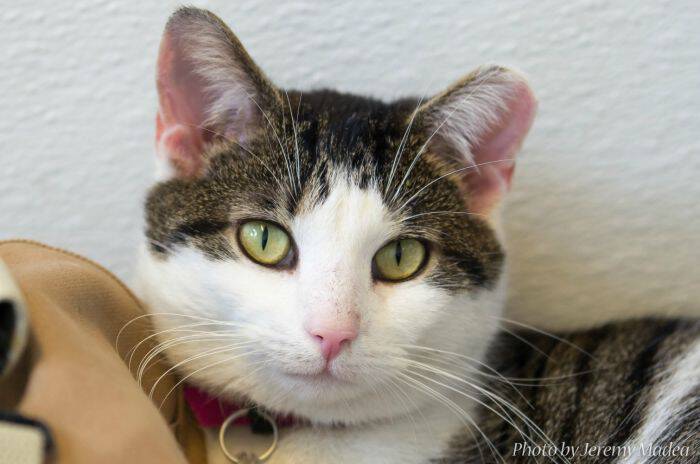 If you’re interested in learning more about Diana you can visit the Humane League of Lancaster County during their adoption hours (be sure to check the website for hours), or email catadoptions@humaneleague.com.