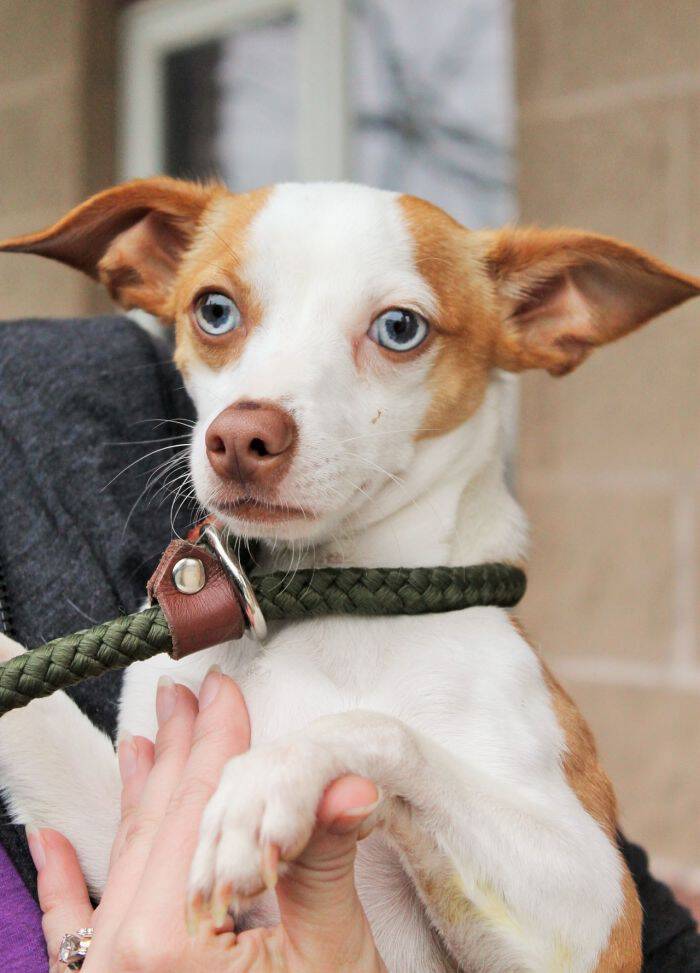 I’ve got a new Humane League of Lancaster County Pet of the Week to introduce you to. This is Sinatra. Isn’t he absolutely adorable?! He’s waiting for adoption in a foster home. High five to the foster families that give pets like Sinatra a place to live comfortably while they’re waiting for their forever homes.

Sinatra is looking for someone to serenade and he hopes that someone is you! Sinatra is initially quite shy and you might even say that he suffers from stage fright when he is around new people. He was very frightened here at the shelter and we placed him in a foster home, where he has been enjoying the company of his foster family, who have become his biggest fans. His foster family describes him as being very smart and a true love. However, he definitely prefers a more mature crowd as he has been very timid around small children. Therefore, we are seeking an adult home for Sinatra with adopters who are experienced with small breed dogs. Sinatra loves praise in the wake of his performances; he knows “sit,” and is working on “come.” He does like soft treats and bits of cheese, but equally effective are words of encouragement and affectionate pets. Sinatra is doing very well with his housebreaking, but, due to his small size, does need to be let out frequently. He seems to prefer the company of female dogs to male dogs, and has made friends with the female dogs in his foster home and is quick to romp around and play with them. Sinatra will be a devoted and loyal companion, and is sure to have you singing his praises in no time!

**Please note that Sinatra is NOT at the Humane League. He is being spoiled in a fabulous foster home. Adoption applications can be completed and submitted to Becki at bmeiss@humanepa.org or faxed to (717) 481-9976. You can download the adoption application here.