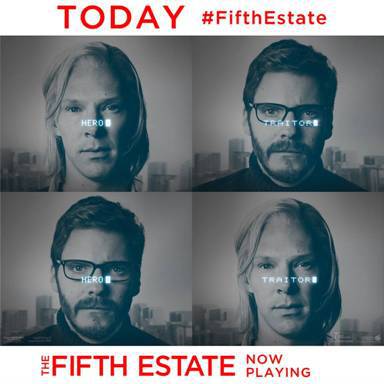 The Fifth Estate is here!  If you’re hitting the movies this weekend or any time soon this is the movie to see.

Check out The Fifth Estate trailer:

It looks fantastic, right?!  I have lots more featurettes and pictures of the film in these posts for you.

You can stay up to speed with all the latest news on The Fifth Estate by following along on Facebook and Twitter.  They even have Pinterest, Instagram and Tumblr pages, too! Get your Fifth Estate fix and be sure to go see it in the theater. Perfect date night movie!

The Fifth Estate is in theaters NOW!