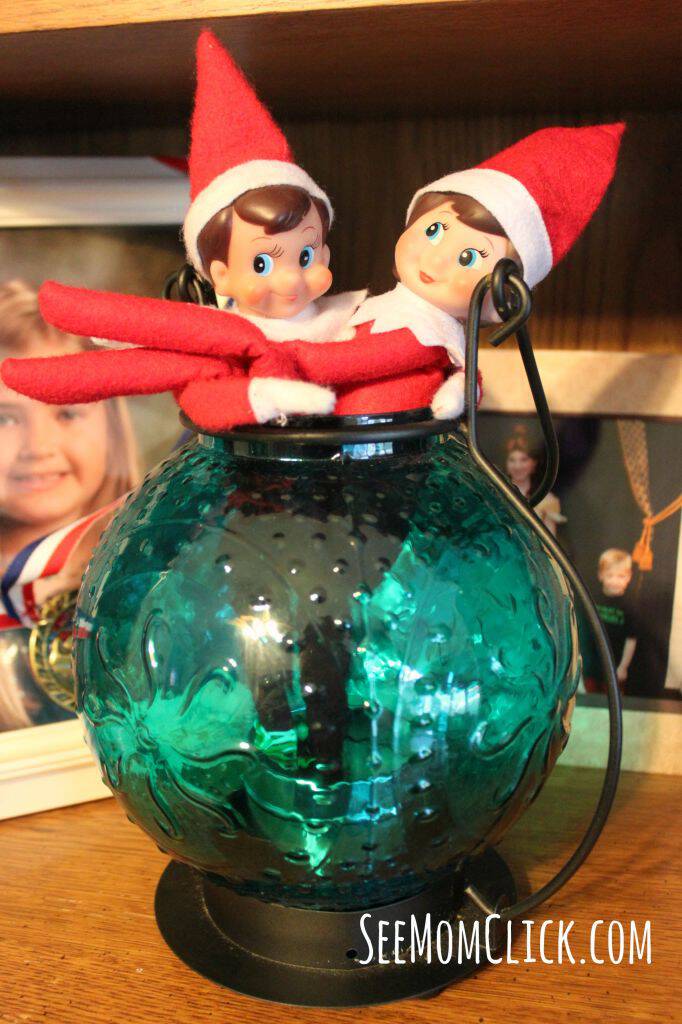 They’re baaaack! And yes, THEY. We’ve had Tootsie for years, our beloved (sometimes not-so-beloved) Elf on the Shelf. Last year in mid-December my husband’s Aunt and Uncle sent the kids another elf. And I was going to gift it to someone else since we already had one but we opened it up….and she’s a GIRL! And she’s super cute. So the kids immediately declared her Tootsie’s girlfriend and named her Noel. And that my friends, is how I became the mother of two elves.

Tootsie and Noel made their 2014 debut on Black Friday inside of a lantern. Tootsie seems like a sweet little boyfriend, doesn’t he? Keep him in line, Noel.  He’s a stinker. 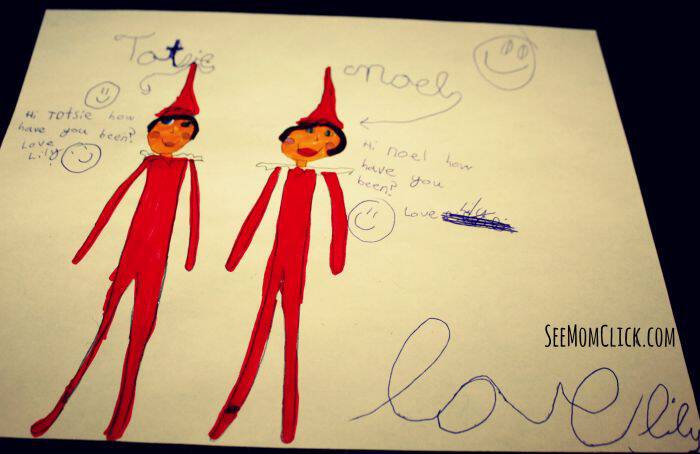 My daughter Lily noticed that Tootsie was still wearing the anklet she made him last year. Imagine that! So she made one for Noel, too, and left her a cute little note. With a message to write back. And so it begins….

You can find all my past Elf on the Shelf posts here.  Follow my Elf on the Shelf board on Pinterest to get even more ideas, and if you don’t have an elf for your family, get one on Amazon.  We have TONS of fun with our elf!

Do you have an elf? Tell me about him or her (or if you’re like me, both!) in the comments!