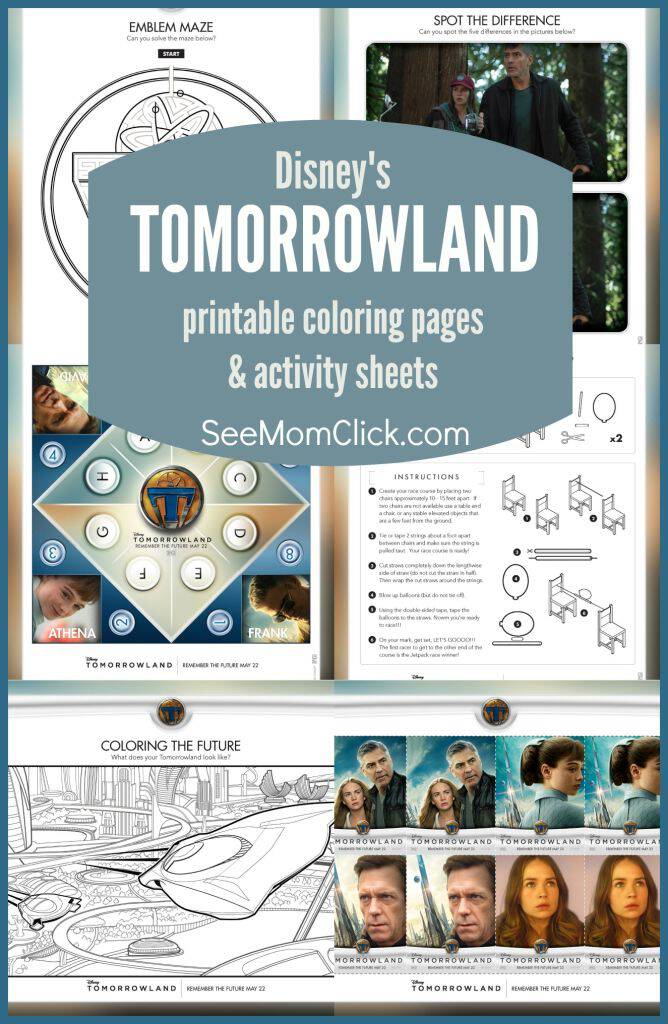 Disney’s TOMORROWLAND is in theaters now! Did you go see it yet? I have some fun printable coloring pages and activity sheets for the kids. Click the links below to grab the ones you want!

Such a great movie!! Stay up to speed with all the latest news on this awesome new movie by checking out the official TOMORROWLAND website and following along on Facebook and Twitter.

TOMORROWLAND is in theaters now!