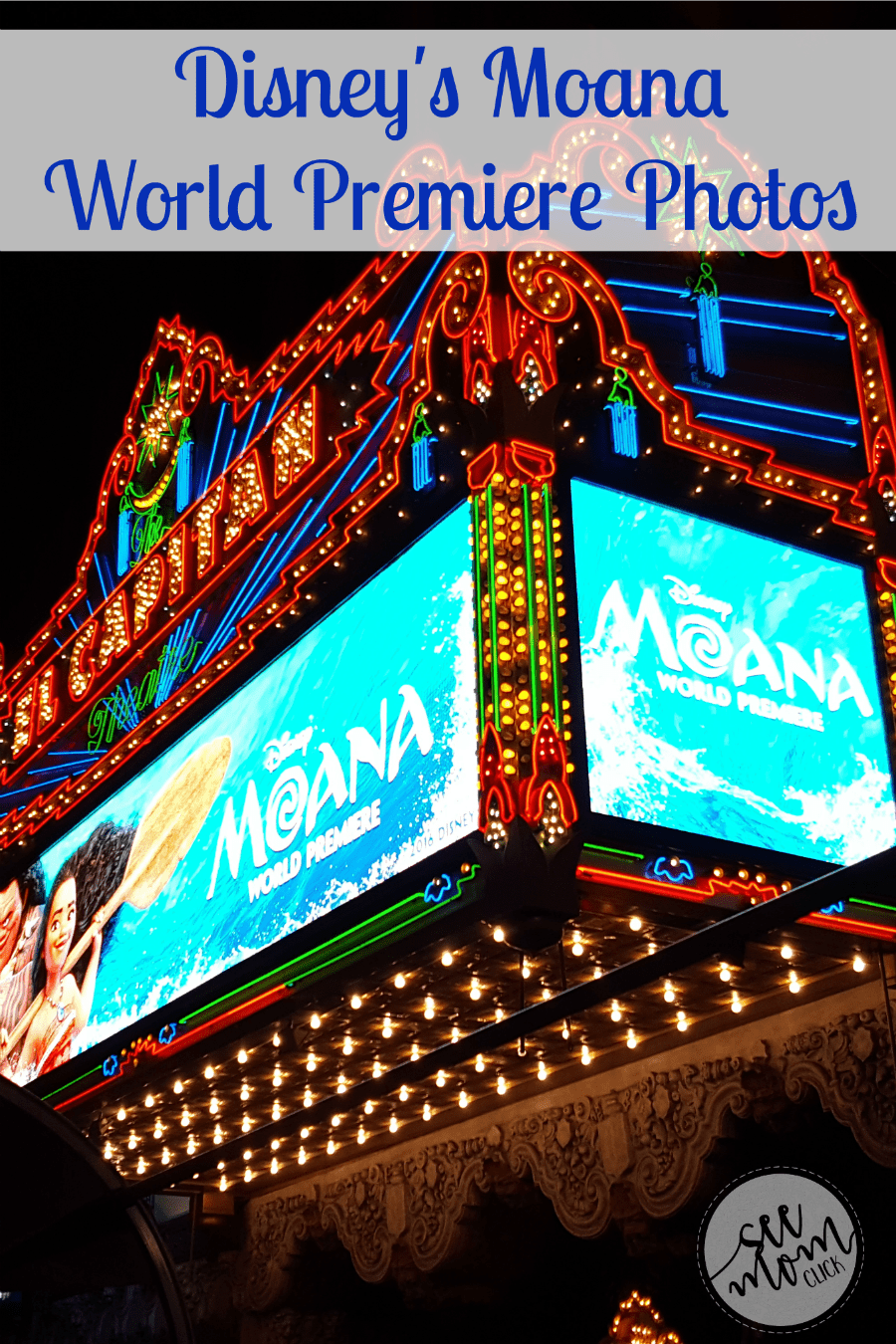 I’m home from an AMAZING trip to Los Angeles where I got tons of insider scoop to share with you about Disney’s MOANA which hits theaters just before Thanksgiving, November 23. I’ll have interview posts coming in the next few days but I just want to say upfront that you HAVE to see this movie. I woke up this morning, got the kids off to school, and promptly ordered the soundtrack (it comes out November 18). I can’t stop thinking about this movie, the story, and the songs. It’s SO, so good.

I had the really cool opportunity to attend the red carpet World Premiere, and since this is an ocean-themed film, it was actually a blue carpet! I’ve got some of Disney’s official photos below plus a bunch of my own. And be sure to scroll to the end for the video clip! 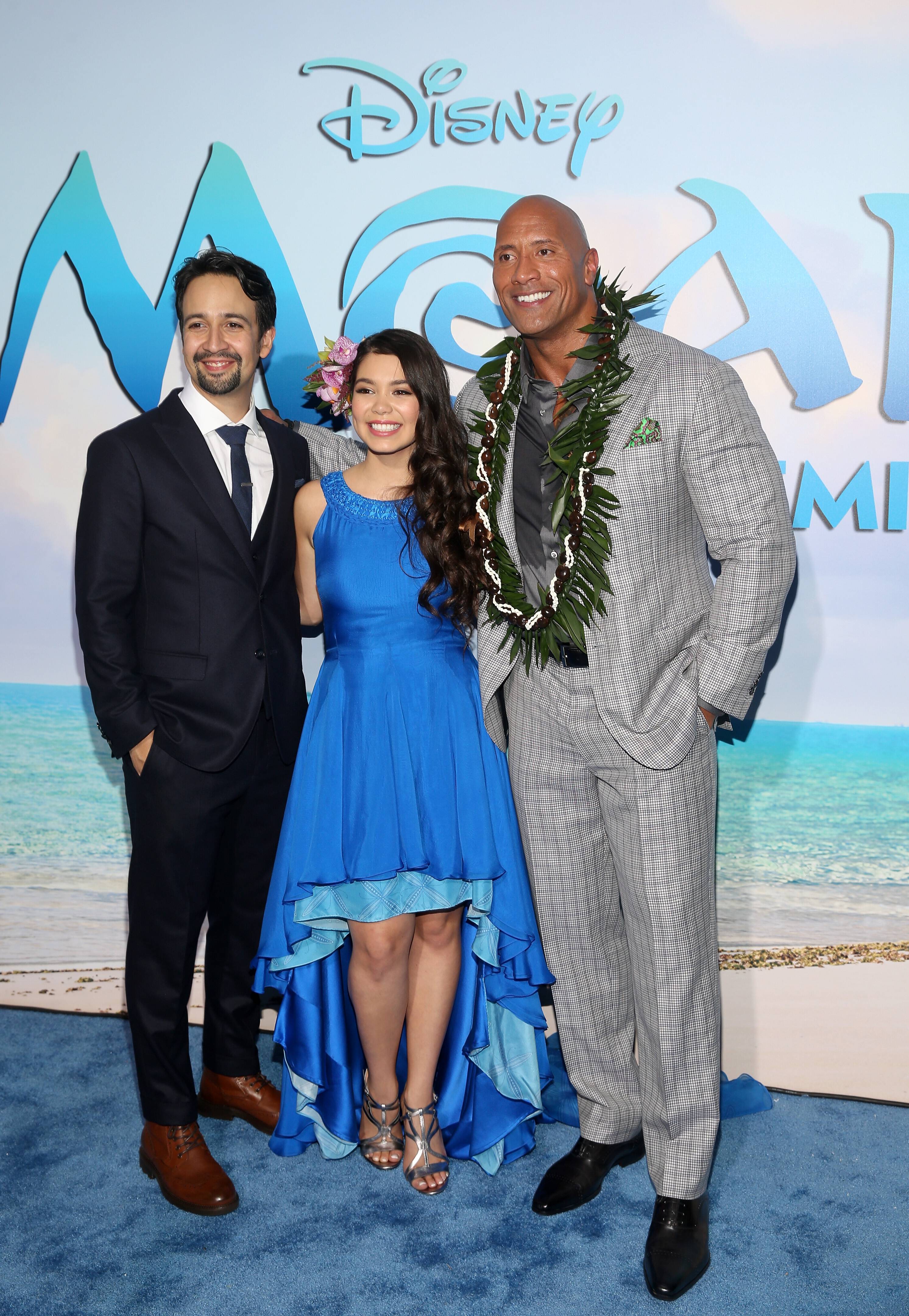 Here are three of my favorite stars from the film: Lin-Manuel Miranda who did the music, Auli’i Cravalho, voice of Moana, and Dwayne ‘The Rock’ Johnson, voice of Maui. I interviewed all three of them and they were each incredible. So excited to share those stories with you! 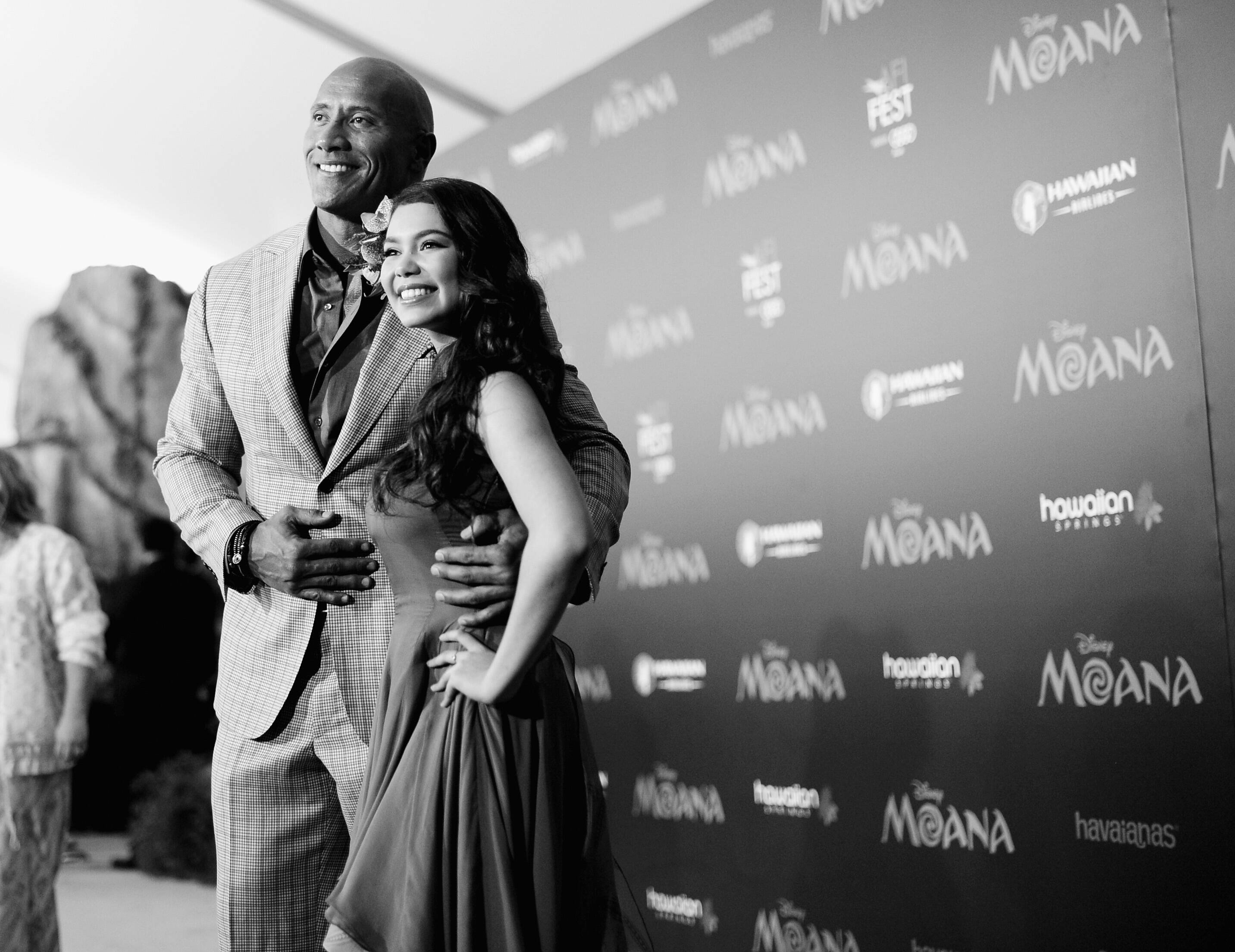 Aren’t they so sweet together? Auli’i is going to turn 16 the day before the film releases and she is such a delightful young lady.

These two are just as fun as this picture implies! Dwayne Johnson is taking a selfie with Nicole Sherzinger who voiced Sina, Moana’s mother, in the film. I interviewed her as well and she was so happy to have been part of this film. She is from Hawaii and what we heard over and over again from the film’s talent is how much it meant to them to showcase their culture on the world stage.

Here is the cast and filmmakers together celebrating this amazing film! They have so much to be proud of. I truly can’t wait for everyone to see it so I can talk to more people about it!

The red carpet (or blue carpet, as it were) moves very fast! No dawdling and watching the stars get their pics taken. They want you moving right along, but I did have time to pause for a couple of photos during my 15 minutes. Or 15 seconds. You get the idea.

Hawaiian leis were shipped in in a freezer to keep the real flowers fresh, and everyone was offered one at the door. I also later got a flower pinned in my hair. All of these fun special touches made it such a memorable night!

I got in the selfie line (yes, that was a thing) to climb on this big boulder and get a birds eye view of the festivities. Look in the crowd. See anyone you recognize? I honestly didn’t spot too many stars but there is the one and only John Lasseter just to the right of me!

This party was a pre-movie party, so it included food, drinks, photo stations, Polynesian dancing and drums, and more. It was so much fun to just walk around and check everything out.

There’s a bit of a better pic of John Lasseter, Executive Producer. He always wears a fun shirt to these events so he’s not too hard to spot!

My girl Keri Lyn from SheSaved.com and I took tons of photos that night. It wasn’t until I got home to look at these a little closer that I noticed who was standing right behind my head. See him? The Rock was probably waiting for us to come over and say hi. Don’t you think? Probably.

The dancers were working up a sweat at the premiere! They were awesome to watch. Moana is such a culturally immersive movie and after chatting with so many of the cast I know how proud they are of their traditions. The drums, chants, and dancing are all such a big part of that.

After the blue carpet pre-party, we all shuffled into the El Capitan Theater and grabbed our popcorn and one more photo with this display:

My friend Keri Lyn and I were helping another attendee get a pic here, too, and I should have asked her for a photo. We found out she was Auli’i’s voice coach! She was so sweet and put all of her things on the ground to get a photo of us together.

Now for my favorite part of the night! This is Opetaia Foa’i who wrote the music for the film with Lin-Manuel Miranda. He is from Samoa and I had the chance to interview him as well. This man is so humble and so grateful for this opportunity to share his people’s music and culture with the world. I adore him and I can’t stop singing his songs!

Once inside the theater Opetaia Foa’i and his band Te Vaka performed a couple of songs from Moana. This was AMAZING! I can’t tell you how much I love this music. I’ll leave you with this video clip of their performance. Stay tuned for so much more on Moana from me!

Are you tapping your foot? I’ve listened to this about ten times today! LOVE this music!