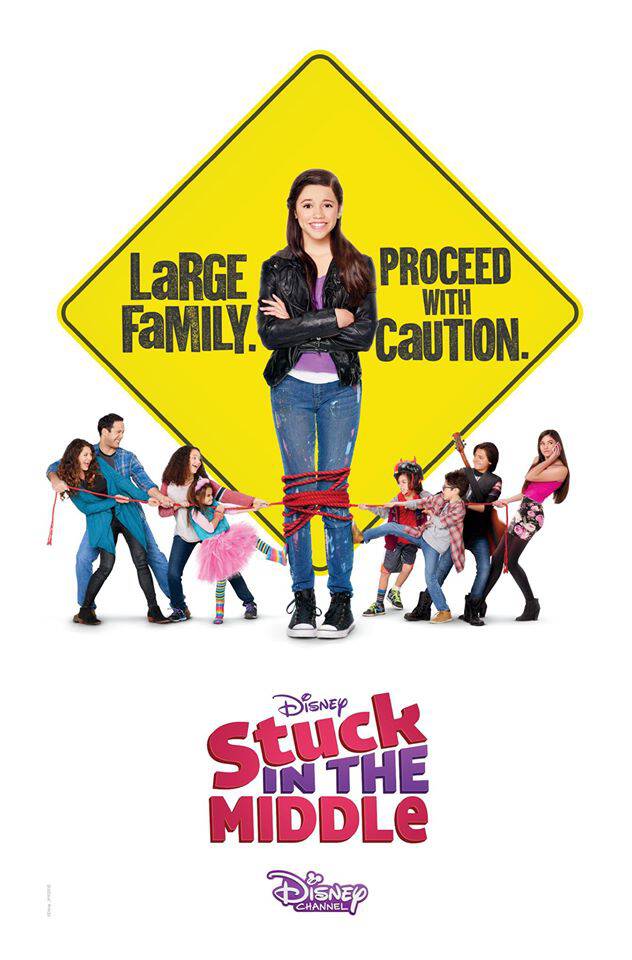 If you’ve got Disney Channel at home chances are your kids are fans of Stuck In The Middle. This fun show is about the Diaz family, a big family with seven (yes, SEVEN!) kids, a mom and a dad, and some of the joys and challenges they experience together. Jenna Ortega plays Harley Diaz who is quite literally ‘stuck in the middle’ in terms of age. She’s the central character in the series. Season one of the show was a hit with kids and families everywhere, and season two will be starting in early 2017.

In the meantime, fans don’t have to wait to see more of their favorite TV family. Stuck in the Middle short-form series debuts on the Disney Channel App on Thanksgiving, November 24, and on-air on the Disney Channel on December 16. This is a set of 6 short episodes, only 2-4 minutes each, that tell a story about the Diaz family on a shopping trip in a warehouse market. If you think this crew can get into trouble in a store, well, you’re right. I got to see all 6 episodes and they’re really cute and a lot of fun.

I also has the pleasure of chatting with the cast of Stuck In The Middle, and the biggest takeaway is that while they only play a family on TV, they might as well be a family in real life. These people ADORE each other and it was just heartwarming to see. Here are some of my favorite pieces of our chat.

Stuck In The Middle In Real Life

The cast was asked if they came from large families in real life, and there were mixed responses. 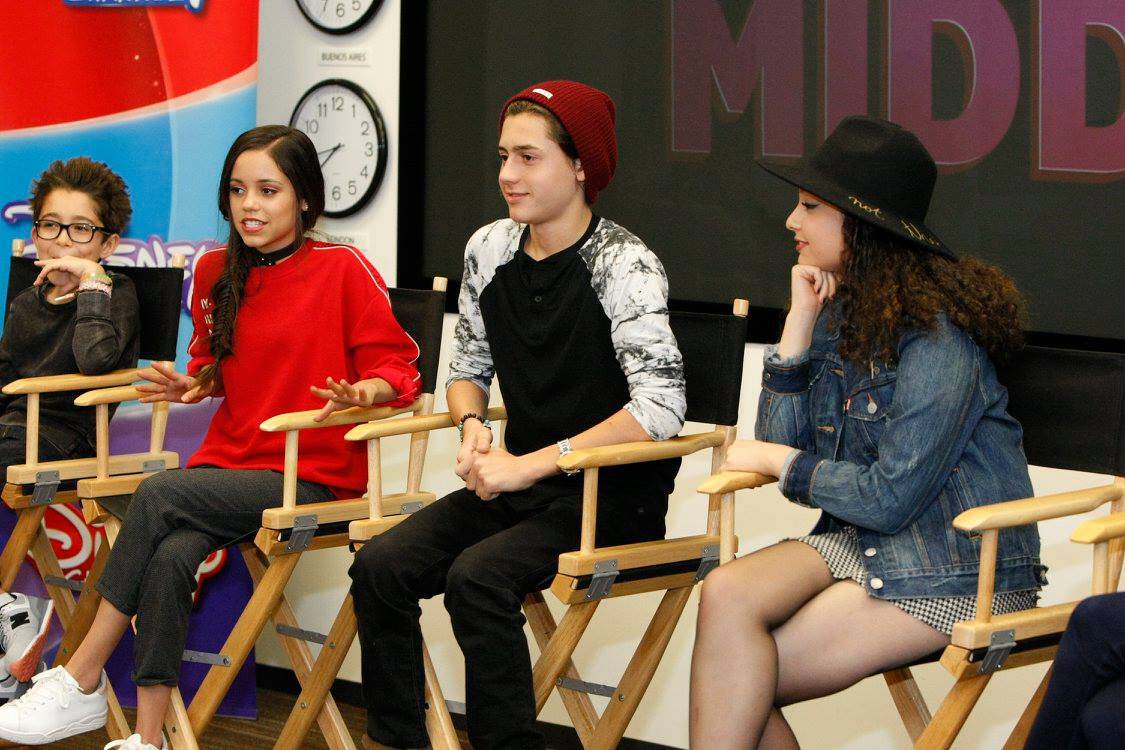 Jenna who plays central character, Harley, said that she is from a large family and is one of six kids. She actually counts her two nephews in the mix to bring the total to eight since they’re together all the time. Her TV mom, Cerina, noted that Jenna actually is stuck in the middle in her real life family and thought Disney had created the show around her family because there are so many parallels.

“I love being stuck in the middle. I like Harley’s storyline because at first she’s kind uncertain of where she’s going with her life. She feels very invisible but later on she realizes that she is very important. She plays a very important role in her family. I think it’s important to know that for those middle children out there who feel like they’re not noticed that they are. And they are very important in the families because they make their families their families.”

On the other hand, Ariana and Kayla each only have one brother. It was clear that their definition of family has grown since joining the cast of this show. They all consider each other family now, too.

This whole cast is so sweet together. You can immediately tell that they love each other and have so much fun working along side one another. When asked what the chemistry was like on-set, Ariana responded, “Family. Straight up family.”  Nicolas agreed and said these people are his “siblings.”

Because they spend so much time together filming, they feel like the cast is a second family. Isaak and Malachai in particular feel like they’ve adopted a family because they are only children in their real-life families. Suddenly, they’ve got 6 siblings! Here’s what Isaak had to add:

Cerina, who plays mom Suzy on the show, is not a mother in real life but the cast all agreed that she is like a mother to them, and dad Joe Nieves is like a true father too. Here’s what he had to say about seeing his TV children at the MOANA premiere the night before:

“We went to an event last night. They all looked beautiful. They handled themselves so well. I was beaming with pride for my TV show children. I was really happy. They were gorgeous.”

How It Feels To Be Part of the Disney Family

Several of the cast members said that being on a Disney show was an absolute dream for them.

“I’m pretty sure I speak for all of us when I say this was like a dream of ours to be on a Disney Channel show.” – Jenna Ortega

Here’s their conversation about filming these:

Isaak:  I remember I was shaking because you were there, what every kid’s dream to do is. And it surreal.

Jenna: I’m happy and excited to be there because when I was younger I’d twirl with the baton or whatever. And I would look in my mirror and when I first said I wanted to be an actress I told my parents, I want to be on the Disney Channel show, you just watch. They’re like, okay Jenna like slow your roll. And I’d twirl my baton and I’d go, hi, I’m Jenna Ortega and you’re watching Disney Channel. So Isaac was the first one to go up and I was shaking off camera. And Nicholas was like, Jenna, whoa, whoa, whoa, calm down, calm down.

Jenna: Ronni was going and I was like screaming. I was so excited by the time it came to me. I did the first one and then I started bawling. And the makeup artist was like, Jenna, you’ve got makeup on, be careful.

Kayla:  There was a glass wall so whoever was going you could see. And after everyone said is that okay you guys? Did I do good?

Malachi: And the whole cast like we just have –. They just have everyone’s back.

“We were all rooting each other on. I was equally as excited for Nick to do it as I was excited to do it or anybody else. You can kind of see them and, like how Jenna was crying and she wasn’t even up there yet. We’re all very connected.” – Isaak Presley

This Show In One Word

At the end of the interview with the Stuck In the Middle Cast, they were asked to sum up what the show means to them in one word. Here’s what they said: