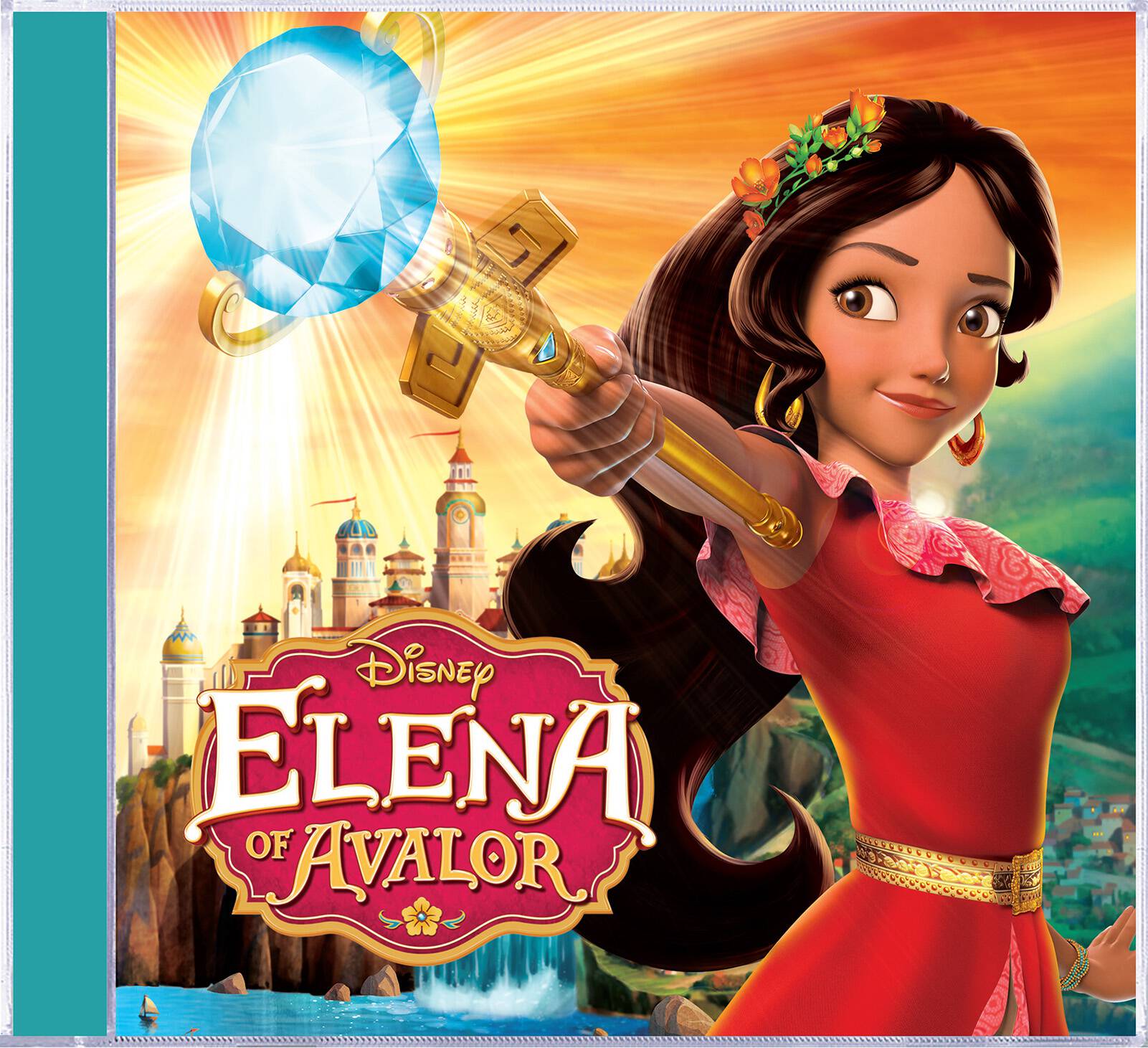 Have you heart about Disney Channel’s Elena of Avalor? If not, here’s the scoop: This show premieres on the Disney Channel on July 22 (7:00-8:00 p.m., EDT) and looks like a great adventure for kids.

Set in the enchanted fairytale land of Avalor, the series tells the story of Elena, a brave and adventurous teenager who has saved her kingdom from an evil sorceress and must now learn to rule as crown princess until she is old enough to be queen. Elena’s journey will lead her to understand that her new role requires thoughtfulness, resilience and compassion, the traits of all truly great leaders.

Disney Music will be releasing the soundtrack on July 22 and it includes 7 songs:

The theme song “Elena of Avalor” is performed by Gaby Moreno and Elena’s anthem “My Time” is performed by Aimee Carrero, the voice of Princess Elena. In addition to singing the theme song, Gaby Moreno will also voice a guest role in the series. Born in Guatemala, Moreno performs her music, which ranges from blues to jazz to soul to R&B, in both English and Spanish. In addition to winning the Latin Grammy Award for Best New Artist in 2013, Moreno was nominated for an Emmy® Award for Outstanding Main Title Theme Music in 2010 for co-writing the theme song to “Parks and Recreation.”

You can find the soundtrack for sale on iTunes, streaming services, and Amazon.

The generous folks at Disney Music are sponsoring a giveaway for one of my readers to win Disney Channel’s “Elena of Avalor” Soundtrack! This giveaway is open to US residents ages 18+ only and will end at 11:59pm ET on August 1, 2016.