We are in the tundra I think.  I actually live in Pennsylvania but this winter has been brutally cold, more so than anything I can remember.  I’m so ready for spring.  So we’ve been spending a lot of time staying warm inside thanks in part to this Cinnamon Hot Chocolate Recipe. 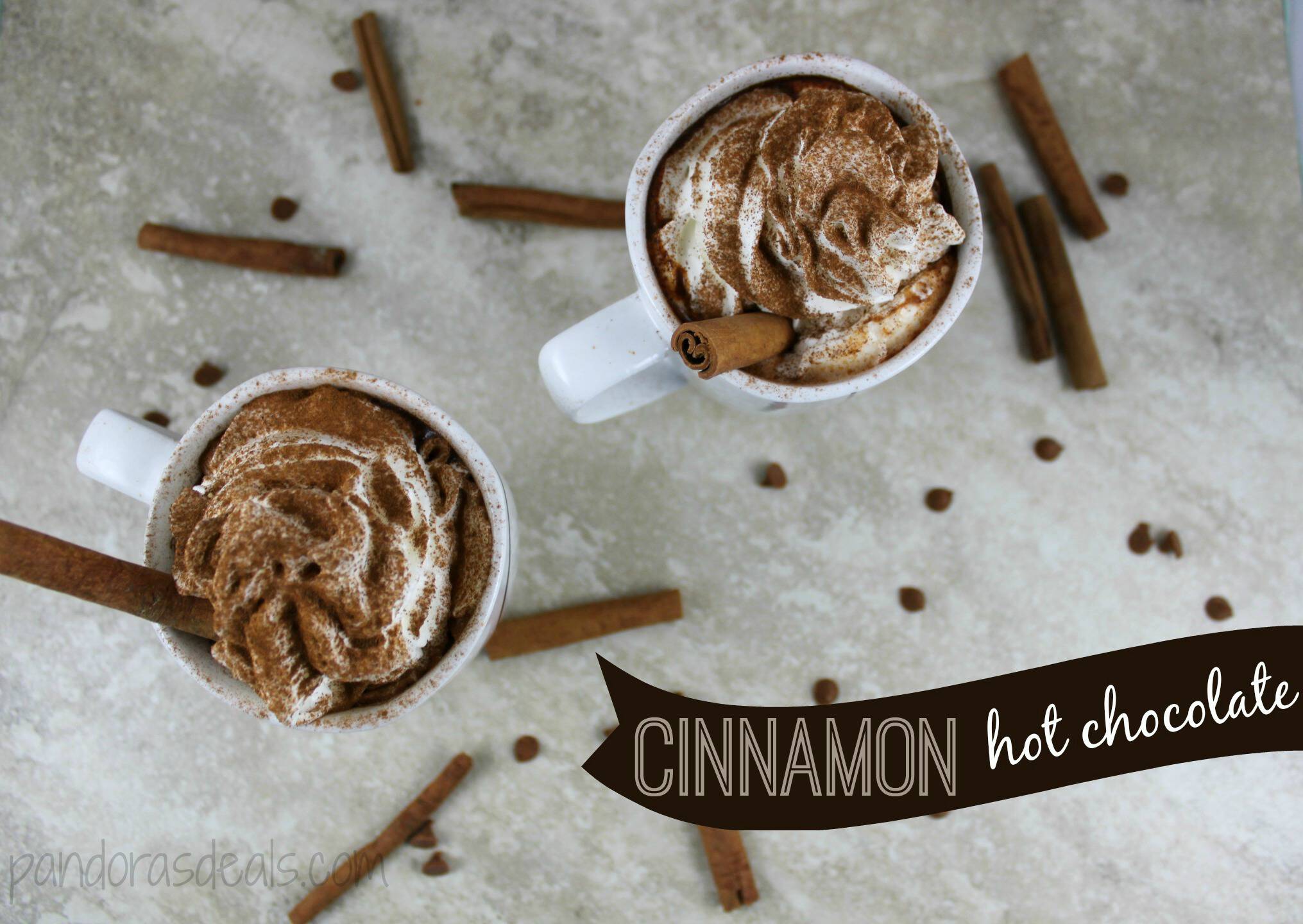 It’s so yummy with a unique cinnamon flavor and the kids absolutely loved it! 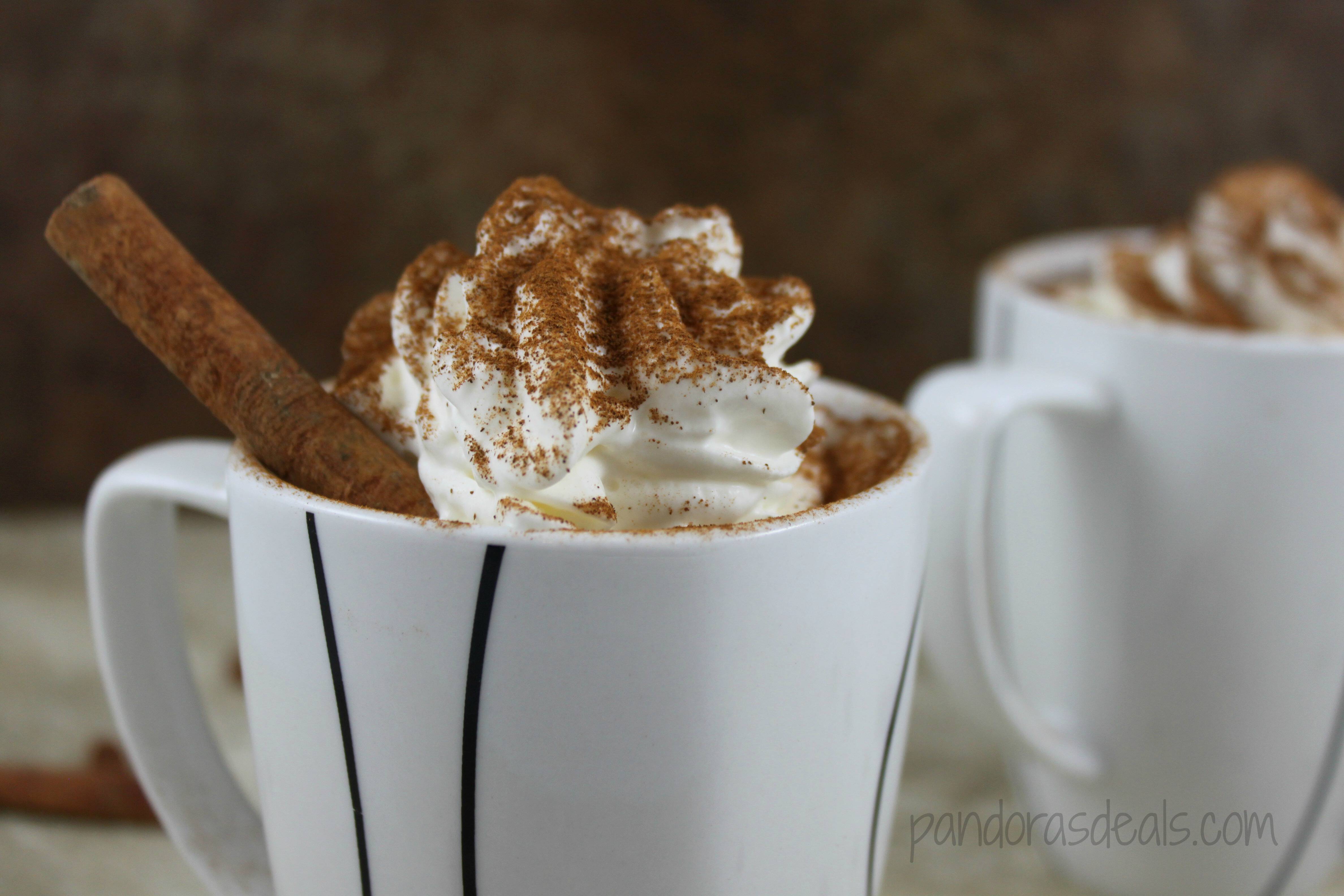 Put cinnamon sticks and water into a pan on the stove and bring to a boil. Reduce heat and simmer for about 3 minutes.

Whisk in the milk and cinnamon chips, stirring constantly until melted.

Whisk in the remaining ingredients, one at a time until incorporated: vanilla, cocoa, and sugars.

Heat while stirring for about 3-5 more minutes.

Pour the cocoa through a strainer before serving. This will remove the cinnamon sticks and any little pieces that may have broken off. I poured mine through a strainer into a big glass measuring bowl. I love this bowl because of the spout that makes it so easy to pour into mugs! But any other pan or pitcher would work, too.

Pour into mugs and jazz it up with some whipped cream and sifted cinnamon and a cinnamon stick for garnish. Makes four 8oz. servings.