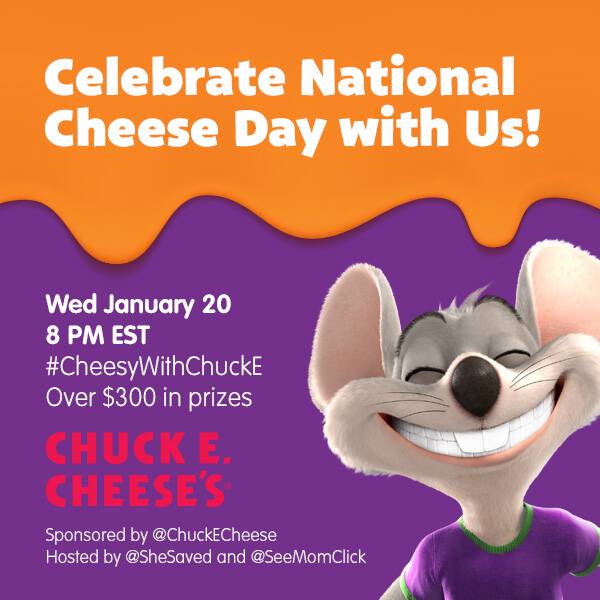 Our kids LOVE Chuck E. Cheese and in celebration of National Cheese Day (did you know there was such a glorious holiday?!) we’ve partnered with Chuck E. Cheese for the sponsored #CheesyWithChuckE Twitter party on Wednesday January 20, 2016 at 8pm ET.

The grand prize is an awesome package:

Please RSVP below to join us on Wednesday January 20 at 8pm ET for your chance to win!