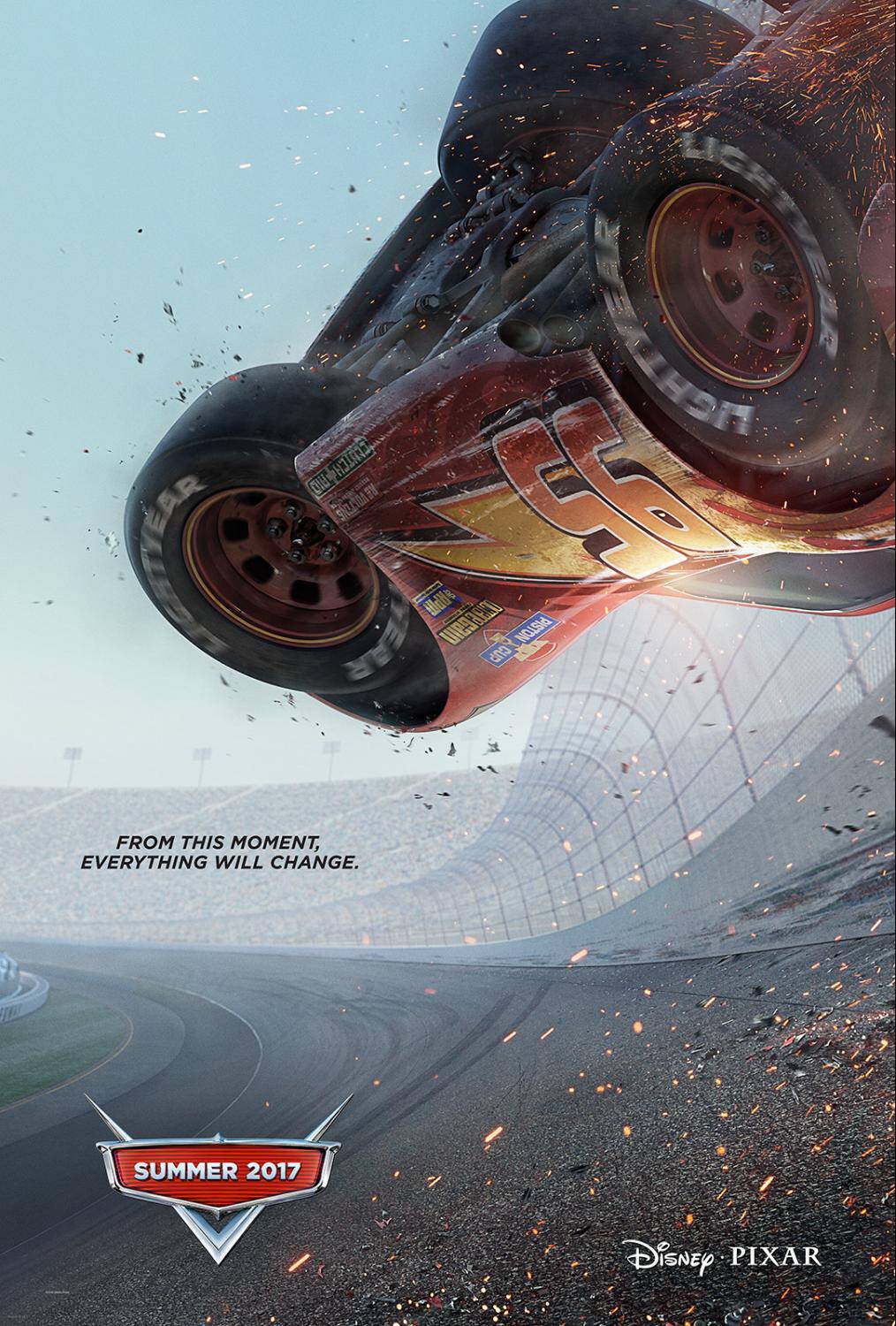 CARS was one of my son’s favorite movies when he was younger so we’re really looking forward to seeing Lightning McQueen on the big screen again! Cars 3 races into theaters June 16, 2017. I have an extended sneak peek for you below along with an intro to some of the new characters!

Key cast members and new characters in the upcoming faster-than-fast film CARS 3 were announced today! Joining Owen Wilson in the all-new story that tests the heart of a champion in a high-tech world are Cristela Alonzo and Armie Hammer as unconventional trainer Cruz Ramirez and next-gen racer Jackson Storm, respectively.

“Cristela is full of optimism and a positive energy that I think really comes through in Cruz’s personality,” said CARS 3 Director Brian Fee. “And of course, she’s a hilarious comedian, so that doesn’t hurt either. Armie brought a great combination of intensity and charm to the role of Jackson Storm. His charisma helped create a character you really love to hate.”

Lightning McQueen is world champion—a modern-day racing legend who’s riding high with five Piston-Cup wins under his hood. Suddenly, he finds himself faced with a new generation of racers who threaten not only his dominance in the sport—but the confidence that got him there. Determined to get back to the pole position, the #95 must decide if his love for racing is enough to fuel the comeback of his life.

Owen Wilson (“The Royal Tenenbaums,” upcoming “Wonder”) returns to the racetrack as the voice of the champion. Wilson stars in the upcoming Woody Harrelson-directed live film “Lost in London.”

Cruz Ramirez is a sunny-but-fierce unconventional trainer at the Rust-eze Racing Center. She expertly arms the team’s talented rookies with cutting-edge tools to tear up the track—but she nearly stalls when her longtime idol Lightning McQueen shows up. While she’d love to help him find his way back to the top, she knows the competition is faster than ever, and victory is all about speed—or is it?

Cristela Alonzo (“The Angry Birds Movie”) was called on to help bring the character to life. Alonzo’s debut stand-up special for Netflix, “Lower Classy,” which debuts on Jan. 24, 2017, showcases the comedian’s life as a the daughter of an immigrant, touching on important issues like social class, breaking the glass ceiling and how she can’t get the hang of Zumba.

Jackson Storm is fast, sleek and ready to race. A frontrunner in the next generation of racers, Storm’s quiet confidence and cocky demeanor are off-putting—but his unmatched speed threatens to redefine the sport. Trained on high-tech simulators that are programmed to perfect technique and maximize velocity, Jackson Storm is literally built to be unbeatable—and he knows it.

Armie Hammer (“Birth of a Nation”) was tapped as the voice of Jackson Storm. Hammer recently appeared in Tom Ford’s “Nocturnal Animals.” He will next be seen starring in “Free Fire,” directed by Ben Wheatley; “Final Portrait,” directed by Stanley Tucci; and “Call Me by Your Name,” directed by Luca Guadagnino.