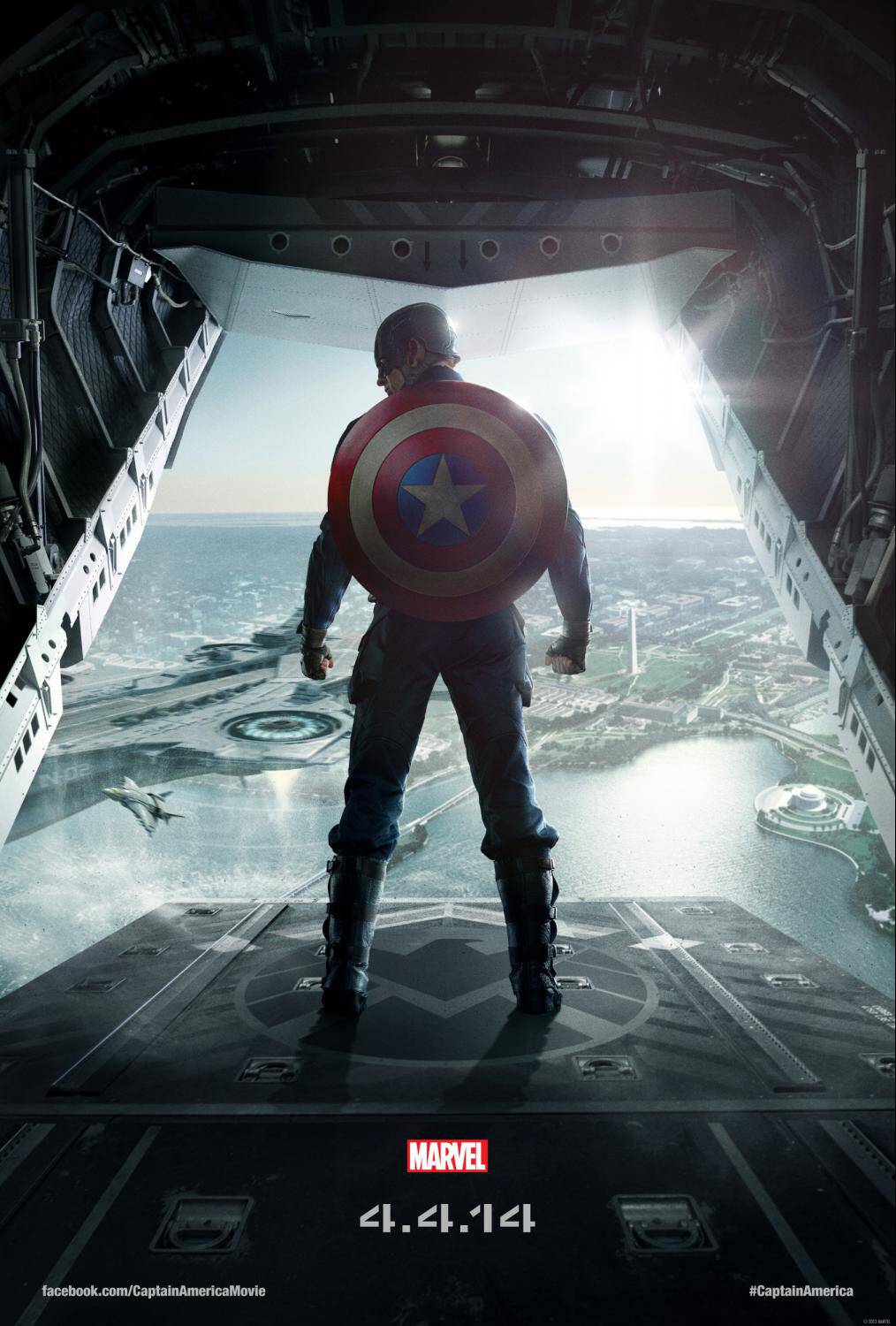 Captain America: The Winter Soldier hits theaters next Spring on April 4, 2014!  A brand new poster was just released this week. Oooh, looks kind of mysterious. I’m intrigued! We need some clips to get a better feel for the film. Hopefully soon!

Looks like an exciting movie. You can read more about the production here.  There’s an all-star cast including Samuel L. Jackson who is the master of cool. Can’t wait to learn more!

Keep up to speed with the latest Captain America news by following along on Facebook and Twitter, hashtag #CaptainAmerica.