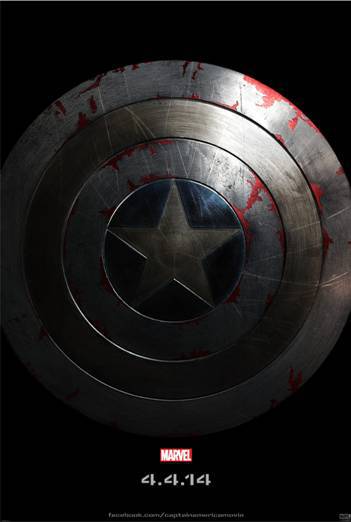 Marvel fans, get ready! Captain America: The Winter Soldier will be in theaters next Spring on April 4, 2014!  Here’s a cool new poster for us to check out!  I am ready for some action clips to come our way so we can see more.

“Captain America: The Winter Soldier” will pick-up where “Marvel’s The Avengers” left off, as Steve Rogers struggles to embrace his role in the modern world and teams up with Natasha Romanoff, aka Black Widow, to battle a powerful yet shadowy enemy in present-day Washington, D.C.”

Looks like an exciting movie. You can read more about the production here.  There’s an all-star cast and let’s be honest: any movie with Samuel L. Jackson is just cool.

Keep up to speed with the latest Captain America news by following along on Facebook and Twitter, hashtag #CaptainAmerica.