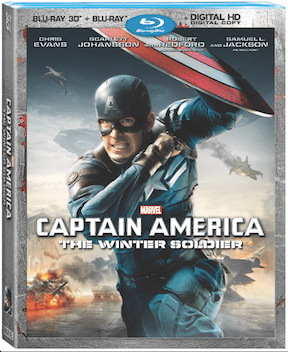 CAPTAIN AMERICA: THE WINTER SOLDIER on Blu-Ray will release on September 9 and you can get it earlier on August 19 from Disney Movies Anywhere.  Check out the new trailer for the Blu-Ray!

You can sign up to be notified by Amazon when this title is available for pre-order. Can’t wait!