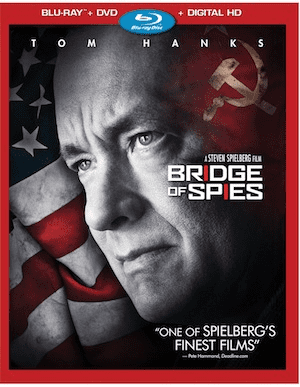 We LOVE Tom Hanks and he delivers yet again in Bridge of Spies, now out on Blu-Ray and DVD. Such a great movie, and it’s actually based on real events which makes it even more interesting.

Disney and Dreamworks invite you to take a step back into an era of espionage and Cold War. Steven Spielberg directs a dramatic thriller set against the backdrop of a series of historic events, Bridge of Spies tells the story of James Donovan (Tom Hanks), a Brooklyn lawyer who finds himself thrust into the center of the Cold War when the CIA sends him on a near impossible mission to negotiate the release of a captured American U-2 pilot. Bring home this high stakes  suspense story on Blu-ray™ Combo Pack and Digital HD, available now! 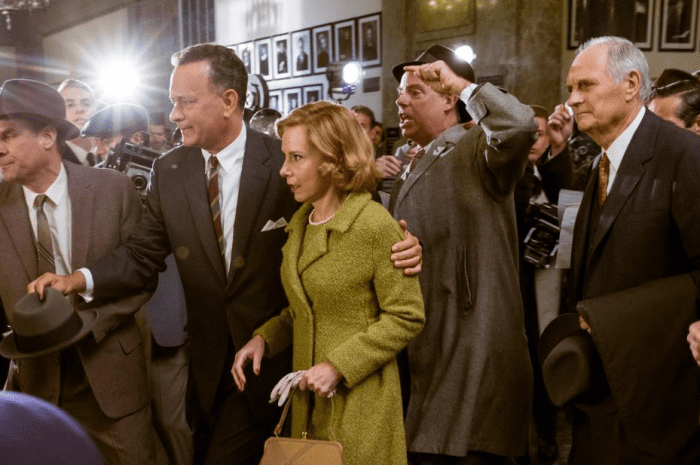 This is SUCH a good movie. Clearly it’s not for the kids so my husband and I watched after they went to bed one night. I noted above that we think Tom Hanks is just the best actor, and he’s brilliant in this movie. I have to tell you, my high school history education left a lot to be desired so this was really educational for me, too, in terms of understanding the environment during the Cold War.

It’s a great story, great acting, and an interesting look at history since it is inspired by true events. I wish I could share this movie with my Dad. I think he’d have loved it. 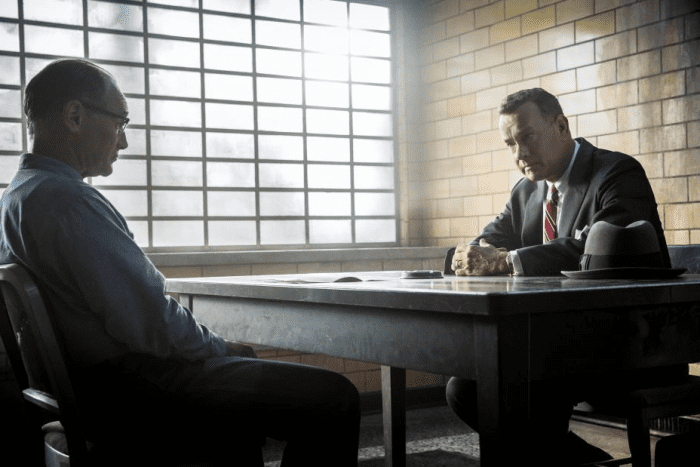 There are some great Bonus Features on the Blu-Ray disc:

A CASE OF THE COLD WAR: BRIDGE OF SPIES  – The story of James Donovan, Francis Gary Powers and Rudolf Abel encapsulates the Cold War era—a tense political climate shrouded in propaganda, espionage and the threat of nuclear war.  This piece explores the characters and the real-life people they’re based on, ordinary men in extraordinary circumstances. Steven Spielberg and Tom Hanks share personal stories of the Cold War, describing how experiences from their youth were part of the attraction to the script, how this influenced the way they approached the film and why the history behind Bride Of Spies resonates across generations and is relevant in today’s political climate.

Bridge Of Spies: A Case Of The Cold War Bonus Clip

U-2 SPY PLANE: BEALE AIR FORCE BASE – Showcases spectacular footage shot at the Beale Air Force Base of the U-2 plane and the scene where Powers and other pilots are instructed about their spying mission, including a cameo appearance in the film by Francis Gary Powers son, Gary Powers Jr. and discussion with the Air Force liaison about the significance of the scene and why they got behind the film

SPY SWAP: LOOKING BACK ON THE FINAL ACT – Steven Spielberg and his team stage the pivotal scene of the film at Glienicke Bridge, the very same location where the historic exchange of Soviet spy Rudolf Abel and U-2 spy plane pilot Francis Gary Powers took place. Gary Powers Jr. shares his memories of his father’s experience with voiceover recordings from Francis Gary Powers, as filmmakers and the cast recreate a page of Cold War history while filming in the presence of Germany’s Chancellor Angela Merkel.

BERLIN 1961: RECREATING THE DIVIDE – A mix of behind-the-scenes footage with iconic archival imagery transports viewers to another place and time as the filmmakers construct the Berlin Wall, envision what it was like to cross through Checkpoint Charlie, and recreate the divide. On set in Berlin just days after the 25th anniversary celebration of the fall of the Berlin Wall, a historian who lived through the experience describes what being there means to her. In Poland, where the Wall was recreated for the film, tanks, hundreds of extras and powerful sequences make the setting feel epic and surreal.

I have some other great clips for you below:

Go grab Bridge of Spies and add it to your home collection! This is one we’re going to watch over and over. SO good!  You can follow along on Facebook and Twitter. Be sure to check out the BRIDGE OF SPIES website too!