This post is in partnership with Focus Features. All opinions are my own. You can read my full Disclosure Policy here. 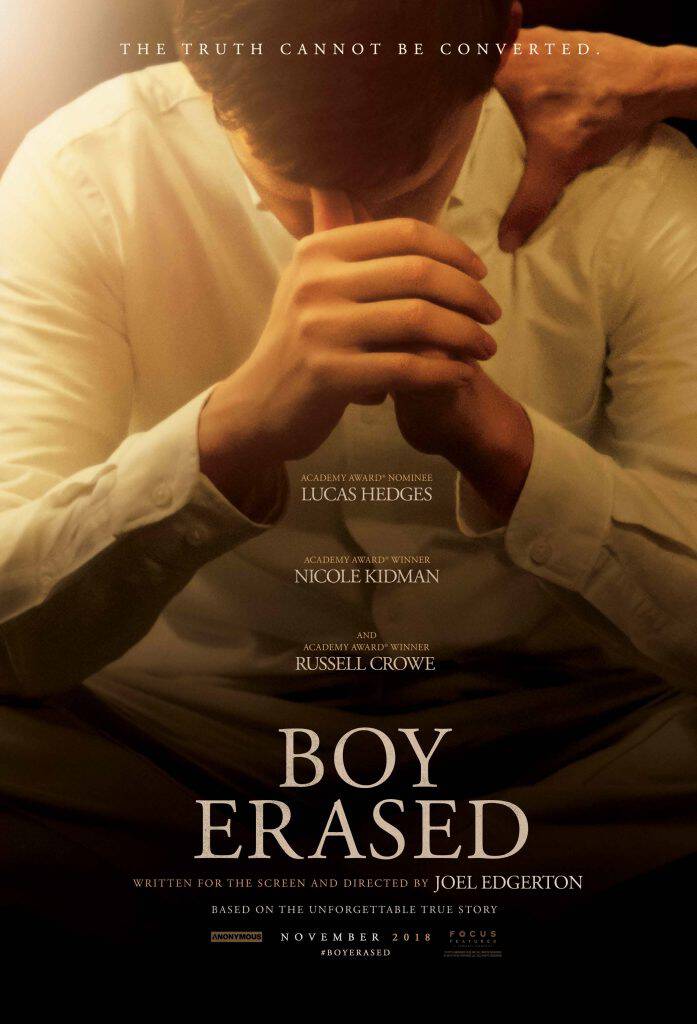 Nonfiction books are among my favorite, and I often find people’s real-life stories more fascinating and eye-opening than fiction. You may have heard of Boy Erased as a movie, which is in select theaters now and releasing everywhere on November 16, 2018. This story is also a memoir. I have more below, including a giveaway. 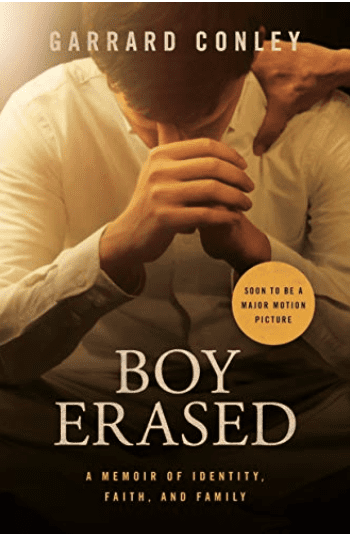 Written by Garrard Conley, Boy Erased: A Memoir tells his true story of growing up in a small town as a pastor’s son, feeling confused about his sexuality. This book is an inspiration and reassurance, especially to young people having trouble finding where they belong and IF they belong. 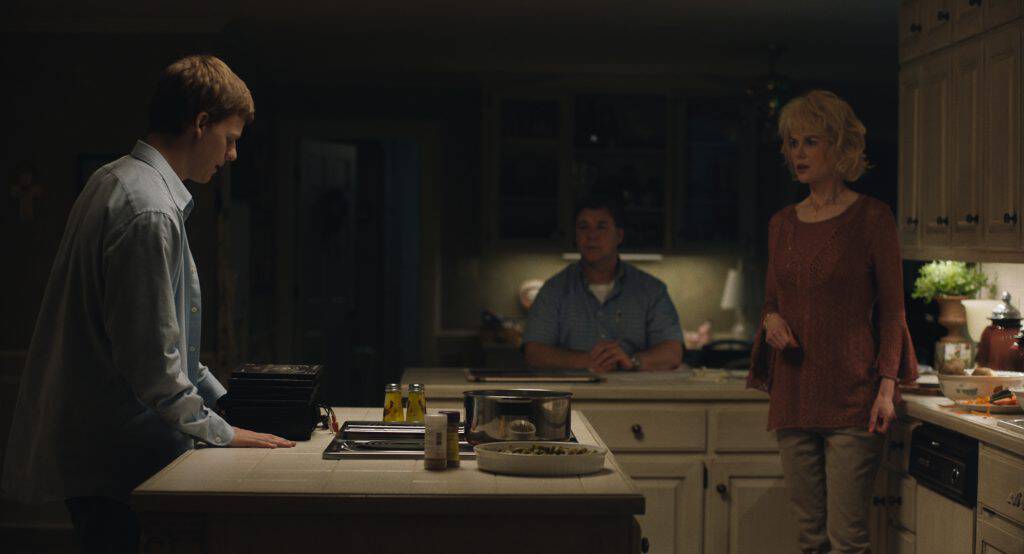 Boy Erased tells the courageous story of Jared Eamons (Lucas Hedges), the son of a Baptist pastor in a small American town, who must overcome the fallout of being outed to his parents (Nicole Kidman and Russell Crowe). His parents struggle with reconciling their love for their son with their beliefs. Fearing a loss of family, friends, and community, Jared is pressured into attending a conversion therapy program. While there, Jared comes into conflict with its leader (Joel Edgerton) and begins his journey to finding his own voice and accepting his true self.

The talent in this movie is fantastic and Nicole Kidman is being called AMAZING in this film. Check out the trailer above for a better look at the story line, and keep in mind this is based on actual events in the author’s life. I was really not aware that conversion therapy was something that still happens. This film opening a lot of eyes, mine included.

The Boy Erased soundtrack features Revelation, the original song by Troye Sivan & Jónsi. Have a listen below.

An Australian singer, Troye also stars in the movie, so it’s really cool that he has an original song in the film as well.

Focus Features is generously offering a great giveaway for See Mom Click readers. Two winners will each get a copy of the book, Boy Erased, and the Boy Erased soundtrack!