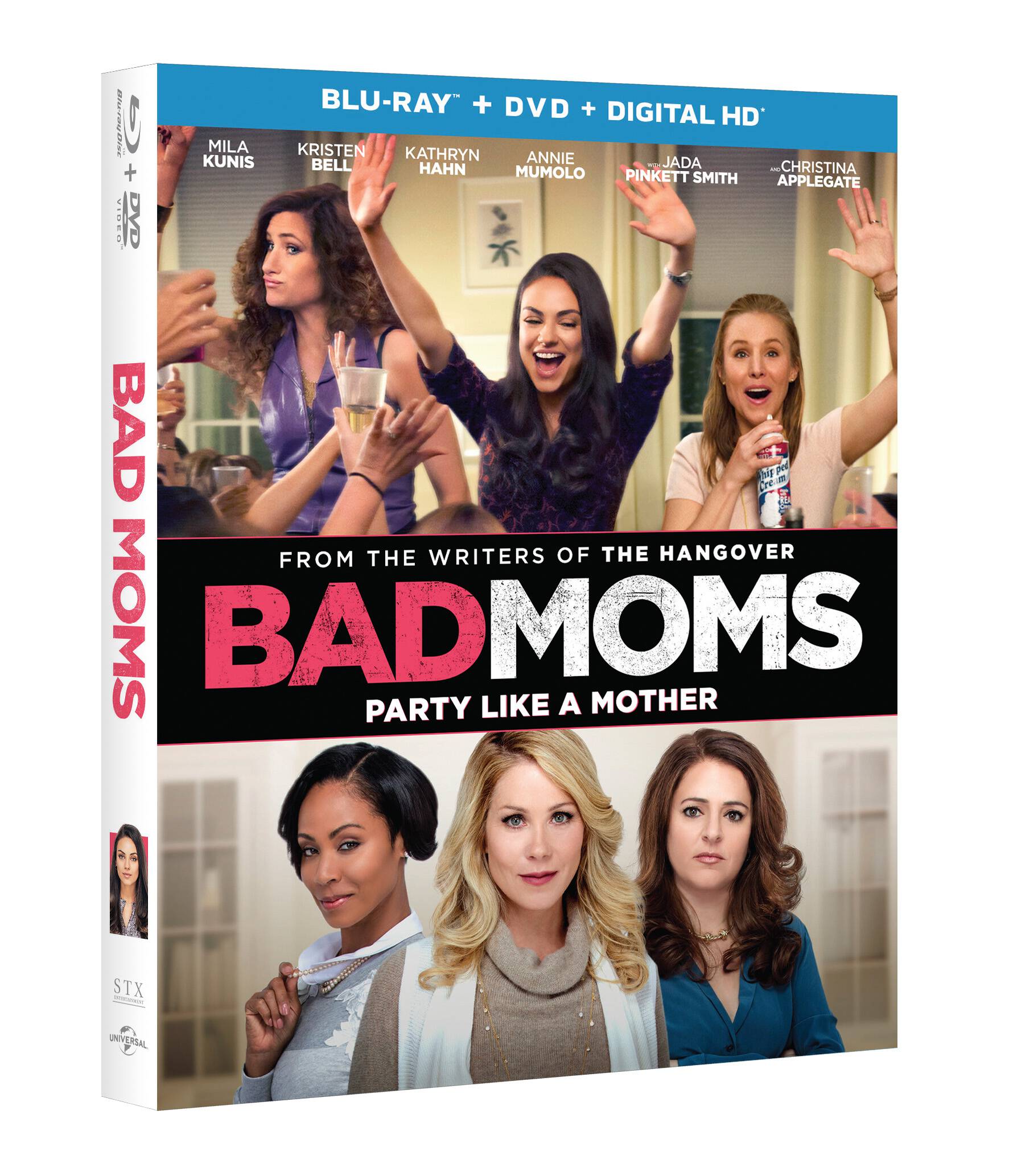 Moms, you all know there are some times you just want to throw in the towel and quit trying to be the perfect mom. Raising my hand over here. Happens to the best of us. That’s why this movie, Bad Moms, is so hilarious. And now Bad Moms on Blu-Ray, DVD, and Digital HD are available to own, so you can plan a movie night with your girlfriends any time you want! I was sent a review copy and while this movie is not one you want to watch with or in front of the kids, it’s definitely a great one for moms. We need more laughs in our lives, don’t we mamas?

Bad Moms, the year’s biggest R-rated comedy – a runaway hit with audiences and critics alike – is coming to Digital HD on October 18, 2016 and Blu-ray™, DVD and On Demand on November 1, 2016, from Universal Pictures Home Entertainment.  The raunchy film described as “incredibly funny!” by Chris Nashawaty, Entertainment Weekly, is the first R-rated comedy since The Hangover to earn an “A” grade from audiences nationwide.  Hailed by critics from The New York Times, Chicago Sun-Times and Washington Post, Bad Moms is one comedy not to be missed.  The Blu-ray™, DVD and Digital HD come with nearly an hour of exclusive bonus content including hilarious deleted scenes, gag reels and exclusive interviews with the cast and their moms that will have everyone laughing again and again!

Written and directed by Jon Lucas and Scott Moore (The Hangover, Four Christmases) and produced by Suzanne Todd, (Alice Through The Looking Glass) and Bill Block (Dirty Grandpa), the comedy also features Jada Pinkett Smith (The Women), Christina Applegate (Anchorman 1 &2), Annie Mumolo (The Boss) and Jay Hernandez (Suicide Squad).  It’s time to party like a mother with this hysterical and relatable film.

In this hilarious and heartfelt comedy from the writing duo behind The Hangover, Amy (Mila Kunis) has a seemingly perfect life – a great marriage, over-achieving kids, beautiful home and a career. However, she’s over-worked, over-committed and exhausted to the point that she’s about to snap.  Fed up, she joins forces with two other over-stressed moms (Kristen Bell and Kathryn Hahn) on a quest to liberate themselves from conventional responsibilities – going on a wild, un-mom-like binge of long overdue freedom, fun and self-indulgence – putting them on a collision course with PTA Queen Bee Gwendolyn (Christina Applegate) and her clique of devoted perfect moms (Jada Pinkett Smith and Annie Mumolo).  See the movie that critics are cheering as “…a funny, giddy, sentimental laugh-in…” – Manohla Dargis, The New York Times.

One of the best reasons to own a movie is for the bonus features! The ones on this Blu-Ray are hilarious. If you can even imagine all the fun they had making this film, you might be able to picture what the Gag Reels look like. I died laughing!

You can grab a copy of Bad Moms on Amazon now. Then start planning your girls’ night in with your favorite mom friends!