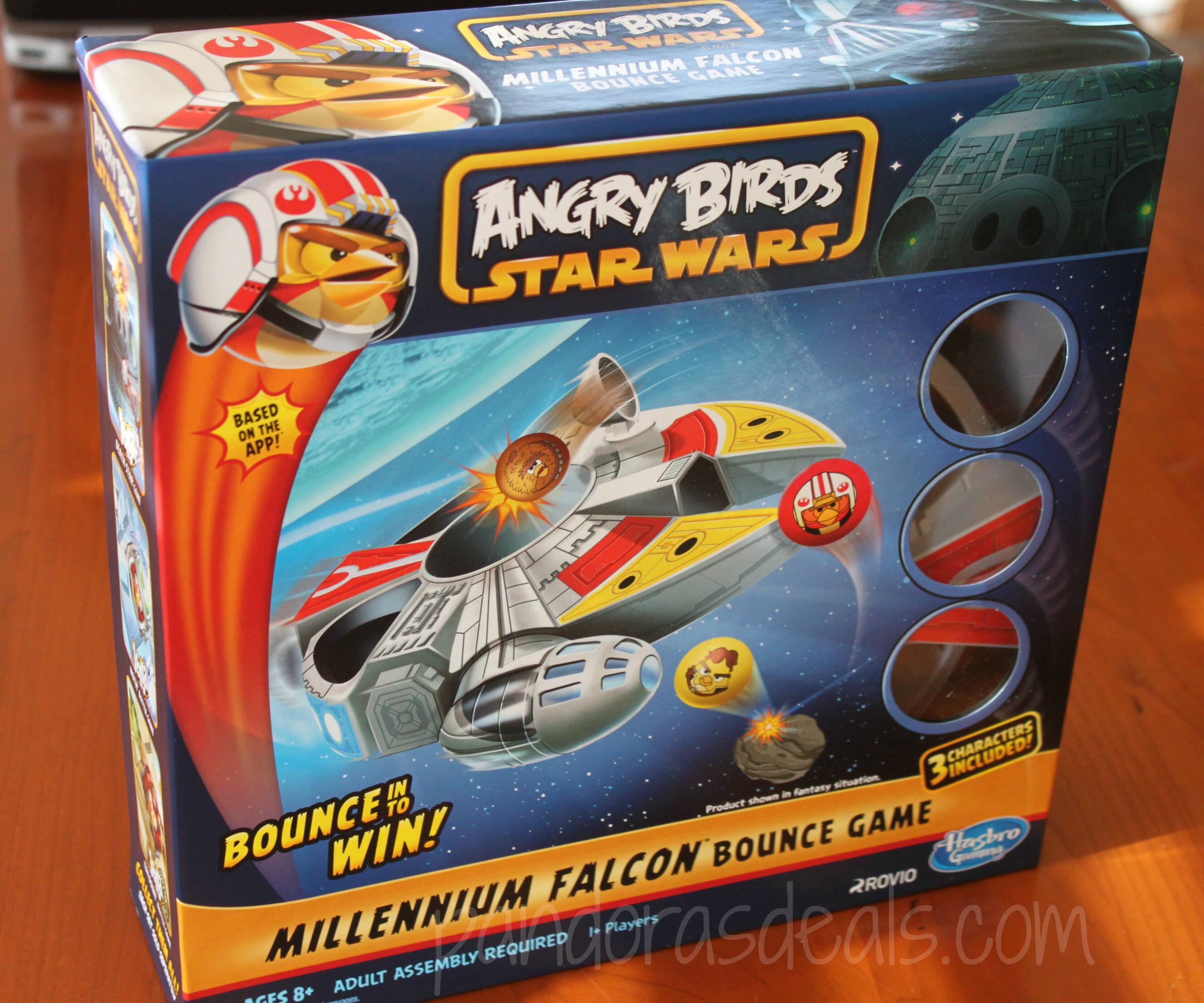 It’s really easy to set up. It comes with some stickers you can put on the spaceship, and some cardboard pieces you have to punch out and put in place to get it all set up. That probably took me only about 10 minutes.  It’s very easy to do.  Once you have it set up the idea is to bounce the Angry Birds ping-pong balls at the ship to knock down as many enemy pigs as you can.  You can score points by knocking them down and getting your ball into the ship.  The first player to reach 30,000 points wins! That actually doesn’t take as long as it might seem since you get 5,000 points just for landing your ball in the cockpit. 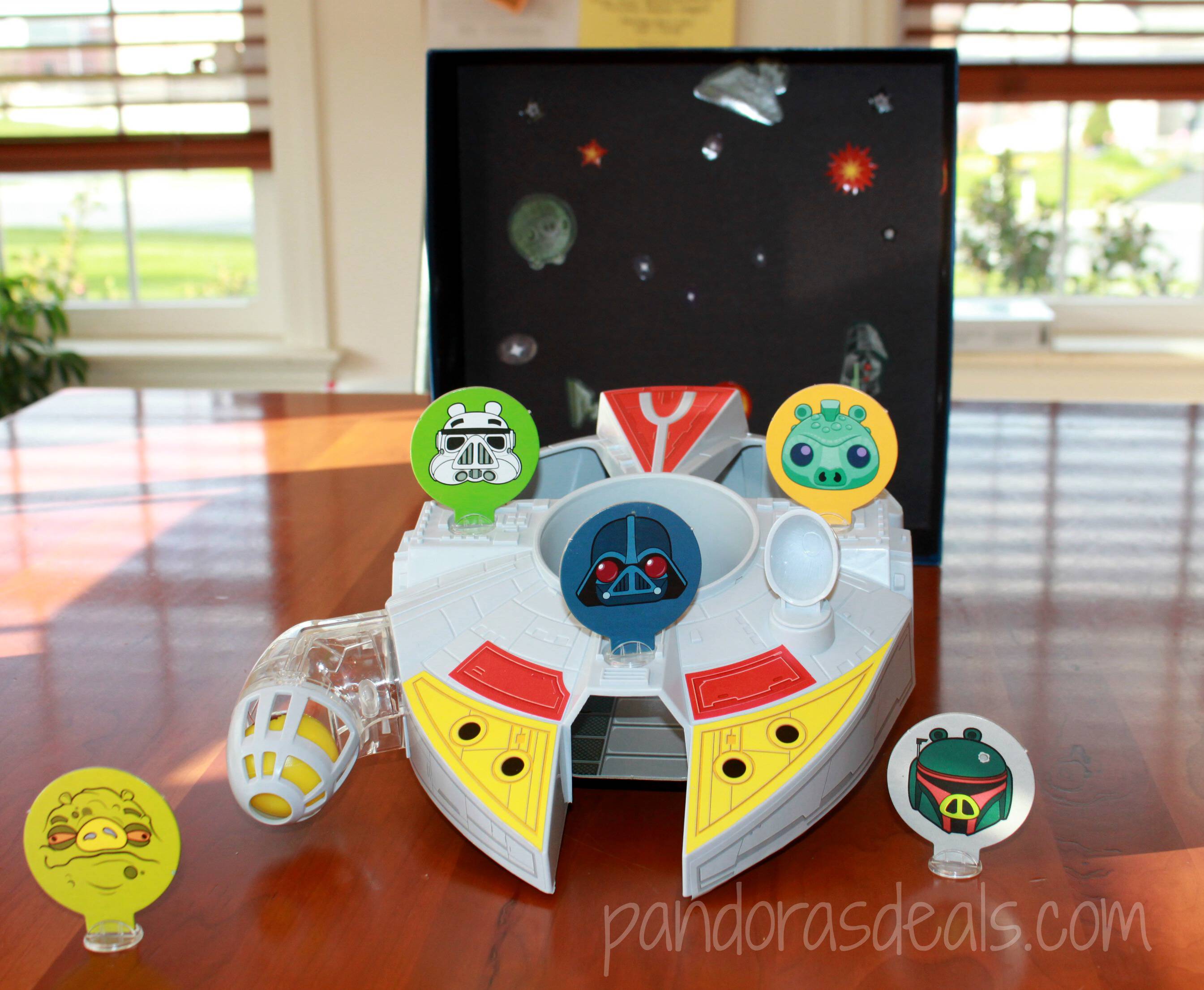 My husband and I set this game up and played after the kids went to bed one night.  I am happy to report that I won!  It was a close match, though.  We had fun and it didn’t take too long to get through a game.  You are supposed to use the box as sort of a catcher’s mitt to contain any  balls that bounce over the spaceship, but that doesn’t always work.  We were doing a bit of running around and chasing balls.  Not a big deal, but this isn’t a game where you just sit still to play. 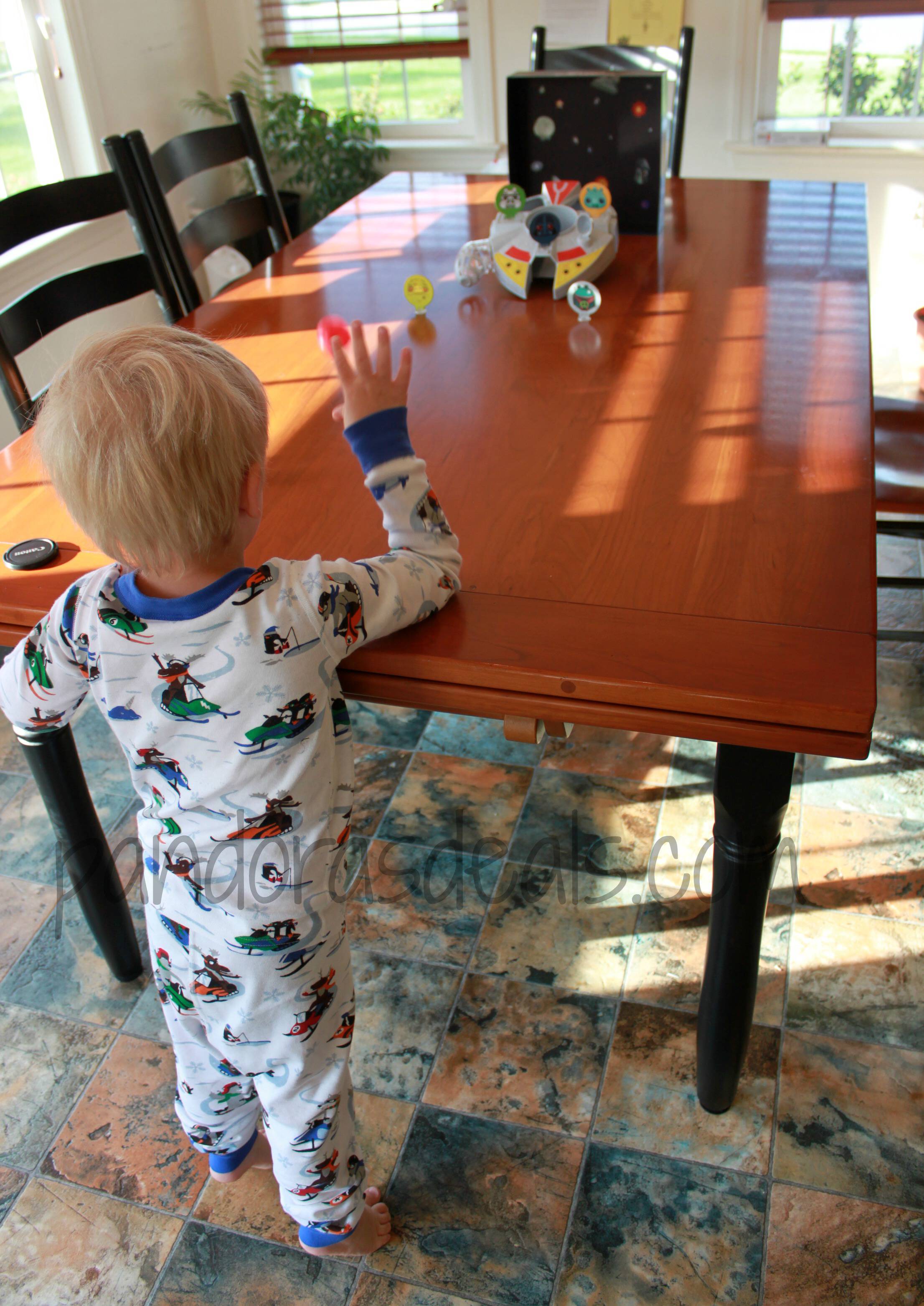 My kids had more fun with it the next day. Here’s my son pitching his balls at the Millennium Falcon!  You do need a flat surface to play on so you can bounce your balls.  My little Leo did a great job knocking down those enemy pigs!  If you like to play on your mobile devices, you can also unlock Angry Birds Star Wars in-app content with a special code in each pack.  This game retails for $19.99 and is suggested for players of 8 years old. My son is only 4 and got the hang of it pretty fast, though!

Another piece of the Angry Birds Star Wars Line is the cool Foam Flyers! We were sent Chewbacca. Cute little guy, right?!  My kids love these squish balls and this is a great size to play catch with, 3.5″ in diameter. These retail for $9.99 and come in Luke Skywalker, Chewbacca, Darth Vader and Stormtrooper.  I like that it’s soft so no one gets hurt when it nails them in the head.  It WILL happen, folks!

You can check out all of the toys in the Angry Birds Star Wars Line for even more fun and games!  Be sure to follow Hasbro Game Night on Facebook to be the first to hear about any new fun games and promotions!

Hasbro is generously offering one of my readers their own Angry Birds Star Wars game!  There are a bunch in this line so the winner may get a different one than I did.  This giveaway is open to US residents only and will end on May 1, 2013. You can enter to win [HERE].

I was provided with a complimentary Angry Birds Star Wars game and Foam Flyer to facilitate this review.  The opinions in this post are 100% mine.  You can read my full disclosure policy here.