This post is in partnership with Amazon Studios.  All thoughts and opinions are my own. You can read my full disclosure policy here. 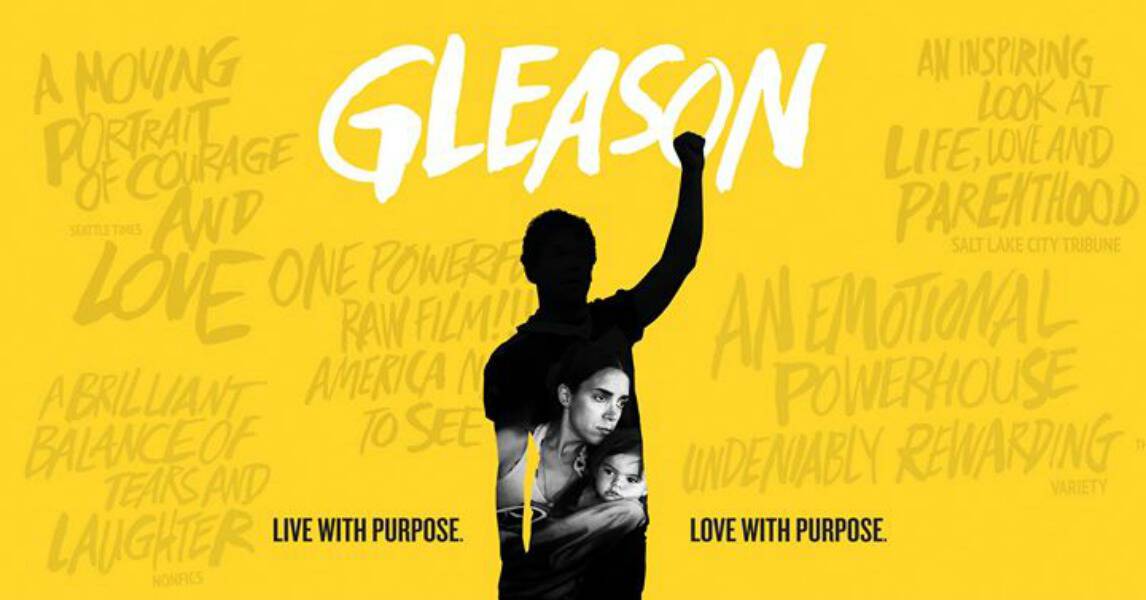 I’ve been an Amazon Prime member for years, mostly because I can’t live without my free 2-day shipping, but over the years as Prime has added to their membership benefits we’ve been able to enjoy more and more perks. We regularly find great movies and shows to watch for free with Amazon Prime Video. Tons of titles are included at no charge as a Prime member benefit.

Today only, December 29, 2016, Prime members can watch the Amazon Original Movie GLEASON for free! My husband and I just watched it over Christmas weekend and I can’t stop thinking about this family. You might know Steve Gleason as a former football player. He was diagnosed with ALS (remember the ice bucket challenge a couple of years ago?) a few years after retiring from football at a very young age and at the same time he and his wife became pregnant with their son. 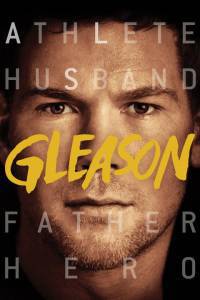 GLEASON is a video documentary of their journey through this disease and their determination to never give up on living the best life you can. I am in awe of this man and his wife. My heart, his wife is just the most amazing person I’ve ever seen.

Shortly after former New Orleans Saints star defensive back Steve Gleason is diagnosed with ALS at the age of 34, he learns that his wife Michel is pregnant with their first child. Determined to live his remaining years to their fullest, Steve goes on an expedition to Alaska, creates a foundation to help others with ALS patients, rebuilds a rocky relationship with his father and embraces new technologies to help compensate for his deteriorating physical abilities—all with Michel’s unwavering support. Brimming with humor and heart, this inspirational documentary follows a man who battles overwhelming adversity to find his true purpose in life.

The movie is a total tearjerker. Grab a whole bunch of tissues before you sit down to watch. But the cool thing about this documentary is that in one breath you’ll be fighting back tears and in the next you’ll be laughing. And it is SO inspiring.

“I have this diagnosis and it’s not going to crush my life even if it does crush my body.”

After being diagnosed, Steve became determined to pass as much of himself as he could onto his son, Rivers. He created a video diary for him with his thoughts on life, love, religion, and so much more. He mends fences with his father with whom he has a bit of a contentious relationship. We also see how he goes from appearing to be healthy to losing his ability to walk, then to talk, and the decisions he has to make to persevere in the face of this illness.

The film is a pretty raw look at living with ALS, so I’d say it’s for adults or older (teenage) kids. After we got the kids to bed the other night, my husband and I sat down to watch it and it’s been on my mind ever since. It’s one of those stories that stays with you.

Gleason made its world premiere at the 2016 Sundance Film Festival and was released theatrically on July 29, 2016 to an overwhelmingly positive critical response. The acclaimed film is among 15 documentaries shortlisted for the 2016 Academy Award for Best Documentary, was nominated for Five Broadcast Film Critic’s Awards and was included among The National Board of Review’s Top Five Documentaries of the Year. Gleason is directed by Clay Tweel (Finders Keepers) and features for New Orleans Saints player Steve Gleason, his wife Michel Varisco and Steve’s former teammate and best friend Scott Fujita (The Lightkeepers, FOX NFL Kickoff). The film is produced by Fujita, Kimi Culp (Oprah’s Master Class), Seth Gordon (Horrible Bosses, Identity Thief), Mary Rohlich (Four Christmases, The Goldbergs) and Kevin Lake (The Singing Detective, Paparazzi).

In a nutshell, I really love the film. It was heartbreaking but also full of love, life, and hope. In the face of losing so much, Steve never gives up, never wants to throw in the towel and stop fighting for the life he has with his family. And as a mother, I am SO inspired by his wife Michel. This woman is a true miracle. She is patient, full of love, full of determination, and at the same time the film keeps it real and shows the effects that this disease has on a marriage. I appreciate that about the documentary. They don’t try to sugar coat anything about ALS and at the same time, they never lose hope.

“I believe my future is bigger than my past. That’s uplifting. That’s inspiring.”

Whether you can catch this while it’s free for Prime members or not, it’s absolutely worth watching. You’ll be inspired to remember what’s important and appreciate those things. I have been.

GLEASON is full of awesome music and even includes an brief interview with Eddie Vedder (Pearl Jam) on his relationship with his father. You’re going to need those tissues for this part of the film – trust me on that.

The music for Gleason includes numerous songs that have inspired Steve throughout his life, like “Given to Fly” and “Just Breathe” by Pearl Jam, as well as two tracks, “Space In Between,” and “Her Again,” written by Steve Gleason himself and performed by his good friend, guitarist Mike McCready along with singer, Kim Virant, which will be available exclusively on Amazon Music Unlimited and Prime Music beginning December 23. Additionally, Steve created a playlist featuring some of his favorite songs, also streaming exclusively on both Amazon Music Unlimited and Prime Music.

I love this playlist! Steve Gleason is my age so I grew up on the same music he did. Awesome stuff in here!

You can watch GLEASON on Amazon Video here. Remember Prime members can view it for free on December 29 only. See more Amazon Originals that Prime members can enjoy here. Not a Prime member? Grab your membership! It’s worth every penny for me – so many perks and Amazon adds new ones all the time, plus you can start with a free 30-day trial! You can find the Gleason playlist here.

Amazon Studios is generously offering my readers an awesome giveaway: one of you will win an Amazon Fire Stick! This giveaway is open to US residents ages 18+ and will end at 11:59pm ET on January 5, 2017.