Disney has provided me with an expense paid trip to Los Angeles for the #StarWarsEvent in exchange for my coverage of the events of the trip including the Agent Carter preview.  No other compensation is given. The opinions and experiences in my posts are 100% mine.  You can read my full disclosure policy here. 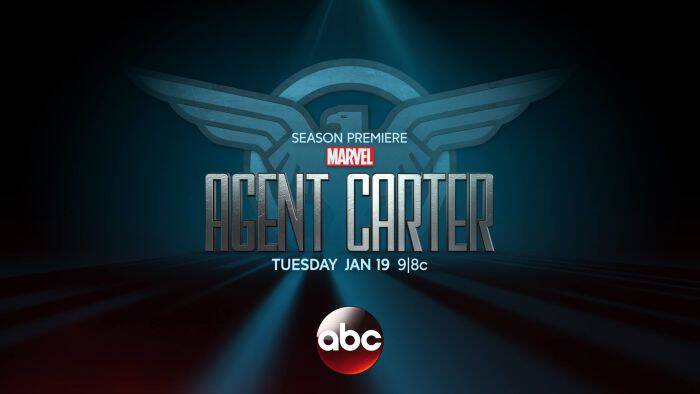 Last month I had the really cool opportunity to go behind the scenes of the second season of “Marvel’s Agent Carter” which premieres tonight, January 19 at 9pm ET on ABC, to not only be on-set (stay tuned for more on what that was like next week) but also chat with Executive Producers Tara Butters and Michele Fazekas, and with stars of the show Hayley Atwell (“Agent Peggy Carter”) & James D’Arcy (“Edwin Jarvis”).

“Marvel’s Agent Carter” returns for a second season of adventure and intrigue, starring Hayley Atwell in the titular role of the unstoppable agent for the SSR (Strategic Scientific Reserve). Dedicated to the fight against new Atomic Age threats in the wake of World War II, Peggy must now journey from New York City to Los Angeles for her most dangerous assignment yet. But even as she discovers new friends, a new home – and perhaps even a new love – she’s about to find out that the bright lights of the post-war Hollywood mask a more sinister threat to everyone she is sworn to protect.

This show was new to me. Honestly I’m not a huge TV watcher BUT I do love to find a show that my husband and I can both get hooked on and look forward to each week, and after checking Agent Carter out in Season One and then meeting the stars and producers, I’m sold. It’s the perfect blend of a great story and great action, plus I can’t even describe the chemistry between Hayley and James. And I mean that in a completely innocuous way, but they are just such good friends and you can tell they have so much fun working together. It comes through on the screen and makes the show that much more fantastic. 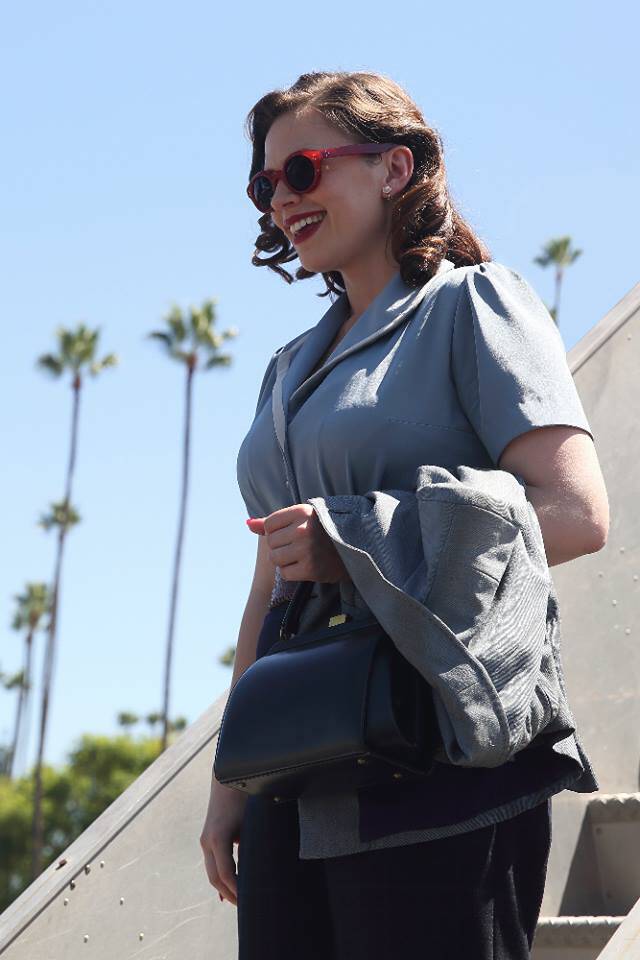 Here are some of the highlights of my interview with Producers Tara Butters and Michele Fazekas, and with actors Hayley Atwell and James D’Arcy. 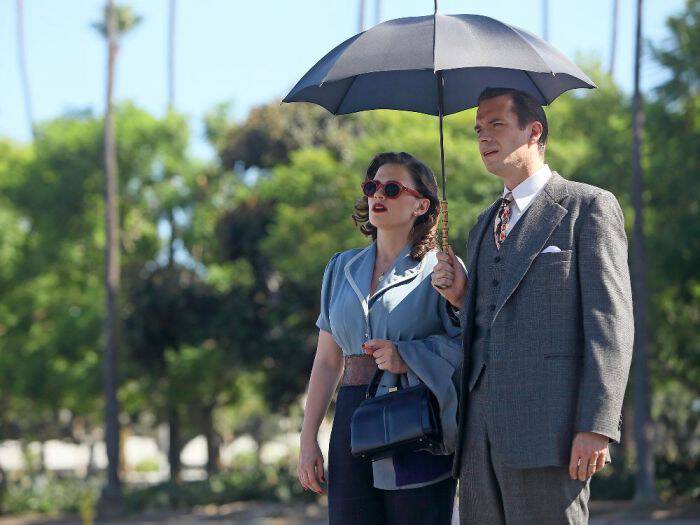 James D’Arcy: Well, we’ve moved to Los Angeles so instead of being a sort of New Yorky, dark, dingy vibe, now it’s bright sunlight and palm trees and a sort of Chinatown type deal.

Michele Fazekas: The colors are a little bit brighter. I actually really love the look of the show. It doesn’t feel like a different show. But you definitely feel that oh we’re in a new location. And it’s a new season.

Tara Butters: And then we have a wonderful actress Wynn Everett who plays Whitney Frost and she’s sort of our main antagonist for the season. And what I love about her character is her arc and where you kind of see her start and where she ends up. And I think that’s really a, a fun foil for Peggy.

So much of what happens in the second season is an evolution of the show and you see these characters not treading water and moving into new parts of their lives, because obviously we left Peggy at the end of season one in sort of an emotional place where she realized in order to really move on with her life, she had to let Cap go. So we do, we move on. And I think that it means that she’s open to new relationships and so we kind of explore that with Peggy throughout the season. And it also means she’s seeing where she works in a different light and realizing that maybe that she has a very similar moral compass as Cap where it’s being challenged.

Michele Fazekas: On a personal level, we get to see a little romance for Peggy, I think because she’s sort of put Cap’s memory to rest,  she has a couple of different options. And one of them is played by Reggie Austin, Dr. Wilkes.

Tara Butters: But you’ll also see a lot more Marvel this year. I mean there’s a lot more of the kind of visual effects that you associate with Marvel, even more so than in the first season. And that was really fun for us to play with.

Michele Fazekas: But it’s all science based which I think is what Marvel does very well too, like it’s not just a magic thing. There’s a somewhat scientific explanation to it.

Hayley Atwell: Stubborn, I think, quite determined, quite single-minded, tenacious. All the bad stuff I relate to. All the good stuff, I’m like she’s amazing, I can’t relate.

James D’Arcy: I relate to that in you, though. Even if you don’t see it, all the good stuff.

James D’Arcy: What do I relate to in Jarvis? I think he’s really kind and I think he’s one of the world’s first feminists, particularly in season 1 when all the men just dismissed her. They didn’t even bother hating her. She just didn’t even count. And Jarvis was like the only person who saw her as a fully rounded three-dimensional human being, and I love that about Jarvis and I do identify with that actually. He’s not afraid to be uncool. I am afraid to be uncool, but I am just uncool.

The Atmosphere On Set

Hayley Atwell: At any given time, you don’t know what’s going to happen. You know, my trailer is covered in pictures of James. He went on to Google and got the art department to print every possible online picture and they plastered it all over my trailer. I even found a picture of you in the toilet.

James D’Arcy: Yes, if you open up the loo, there’s a little picture of me staring up at her. Happy Halloween.

Hayley Atwell: We alsolove to tease Dominic because he’s great fun. And the three of us are kind of very naughty.

James D’Arcy: We shoot two episodes at once, so we get 15 days for 2 episodes. Whatever it takes, really.

Tara Butters: We started breaking the episode arcs in May, started production in the early August, and finished right before Christmas, shooting, and then post will go into- so I mean, we have a pretty tight turn around. They were very gracious and gave us a lot of time on the front side to basically break stories which makes everything go smoother. We’re very lucky we’re very supported.

Tara Butters: It also gives you big production things because you’re able to say, get two days shooting at a really great location, you know, and so it actually I think makes the episodes a lot of times look bigger.

Michele Fazekas: But the hard part is every production is, well you have two scripts, which is why having the lead time to do it was really important. And it’s hard on makeup and hair, because within one day you can have two different hair styles and you’re switching back and forth. And it’s hard on wardrobe because you’re constantly having to have like numerous outfits available.

Tara Butters: It means everybody has to be on their toes.

Season 2 is going to be awesome. Tune in tonight and see what life is like in LA will bring to Agent Carter!