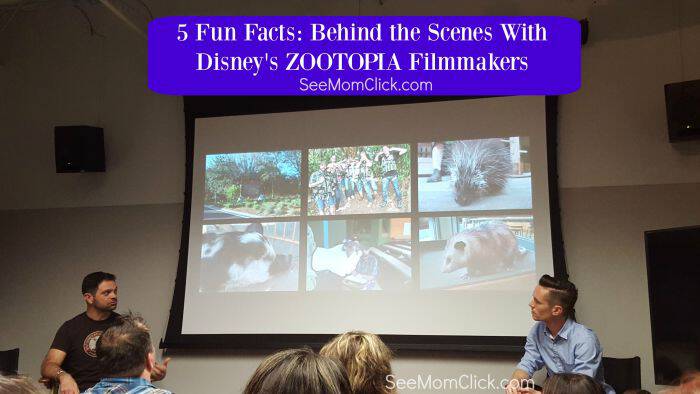 Disney’s ZOOTOPIA hits theaters March 4, 2016! I am so excited for this one. It’s going to be a HUGE hit with the entire family. I had the unique opportunity to interview some of the filmmakers and today I’m sharing some behind-the-scenes scoop and fun facts about how the movie was made. 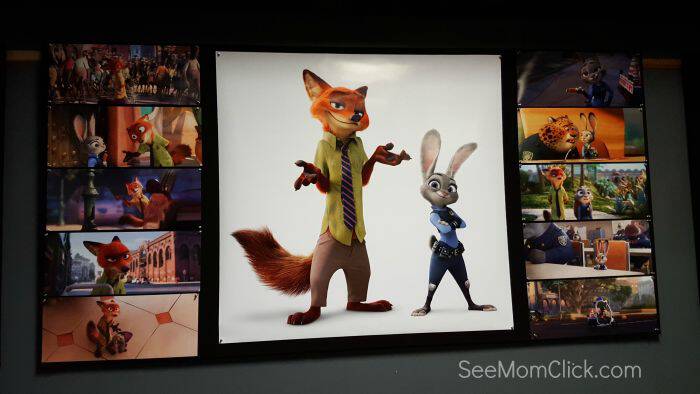 Most of them didn’t make it into the film. I think this is one of the most interesting things about filmmaking and I’ve heard it every time I’ve talked to the folks at Disney. You have to be willing to put in all this work, and then throw it all out. “You have to be willing to kill your darlings,” Writer Phil Johnston said. If a scene doesn’t serve the story, it has to go. Story is the most important thing, and almost always what I hear is the hardest thing about making animated films.

2. You don’t know right away when things aren’t working. 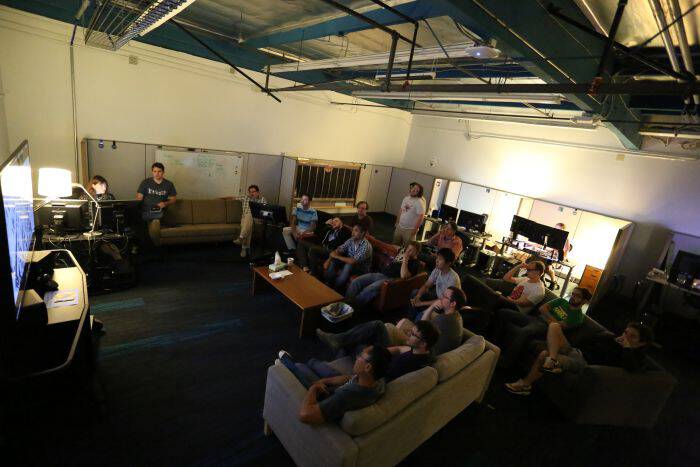 Head of Editorial Fabienne Rawley said that it’s not until you watch the entire thing that you realize certain pieces aren’t working. There are many different versions of the movie, and sometimes when they screen it, they change it, and end up with a totally different movie. I always love seeing the deleted scenes when these films come out on Blu-Ray! Co-Director Jared Bush also told us that a lot of stuff that gets thrown out early on ends up working its way back into the movie. So you can see this is dynamic, always-moving process.

That’s about right, 4-5 years to make a film like this. And guess how many people worked on it? Over 900!

While Disney Animation Studios is being renovated a bit, they’re working out of this warehouse. But what a COOL space, isn’t it?! No wonder they’re so creative with this movie!

4. The animals are in charge around here.

There is a TON of research that went into ZOOTOPIA and not only did filmmakers really study how the animals look to get their fur groom correct, but the animators studied their behavior and incorporated that into the film whenever possible.

For example, Head of Animation Renato dos Anjos told us that Cape buffalo really stare at you, so you’ll see that feature in the Chief of Police in the movie. Yikes! haha!

I was able to screen a bunch of clips from ZOOTOPIA, all hilarious and heartwarming, but my favorite has to be the sloths working at the DMV. I mean, how perfect is that? Animation Supervisor Chad Sellers told us they were actually really challenging to work on because they’re not used to animating that kind of motion. They nailed it, though. That scene is just the BEST!

I love this story already. We’re big animals lovers in my family and I know this is going to be a new favorite with the kids!

I’m already good friends with these guys. 😉 Be sure to follow ZOOTOPIA on Facebook and Twitter to stay up to speed with the latest movie news!