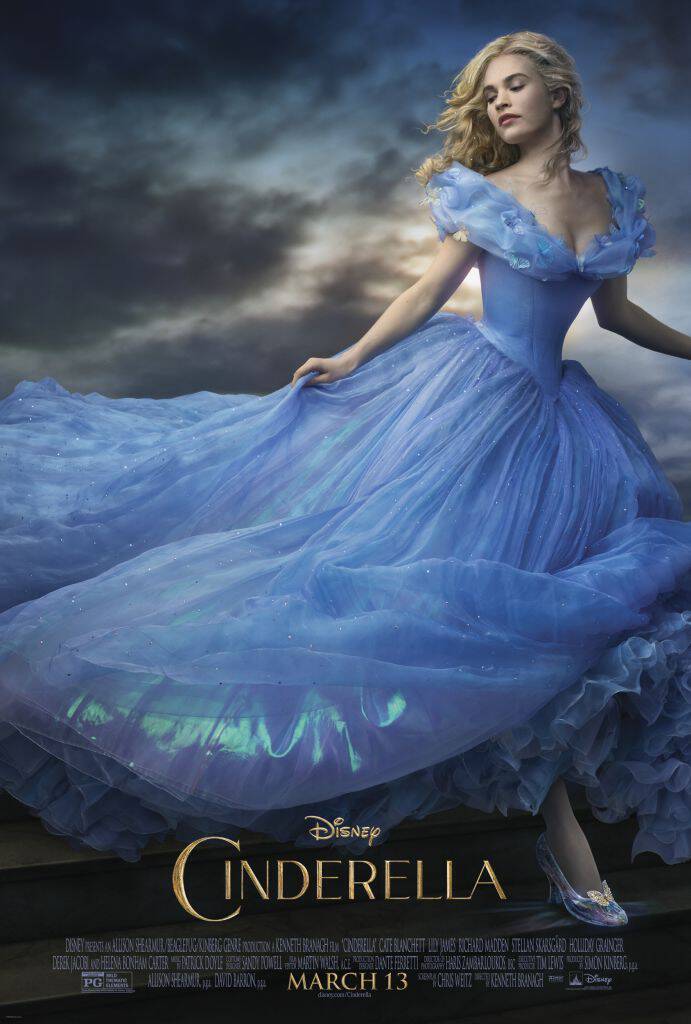 Disney’s CINDERELLA is in theaters now! We just took the kids this afternoon and we LOVED it! Even my husband said it was really good.

It’s such a beautiful film, and obviously a pretty predictable story since we all know there’s a happily-ever-after ending. Yay! I do love that part. But, there are a few twists and turns, subtle so they don’t ruin the classic tale, that add a little more dimension to the story. You know Cinderella doesn’t have any parents and in the film we get to meet them before they pass on. Later in the film another supporting character also passes on and to me this all seemed like a lot of death but I can see where it serves to really highlight the good, kind person Cinderella is, overcoming what she’s lived through. So, slightly dark but not so much so that it makes if iffy for kids. My kids are 6 and 9 and both enjoyed it (my daughter more so than my son, if I’m being honest – he’s not a super princessy guy!).

The acting is fantastic. Lily James is just perfect for her role as Cinderella and the wicked stepmother is spot on! Cate Blanchett nailed it!

The new short film, FROZEN FEVER, plays in front of CINDERELLA and is totally adorable! Olaf is just as loveable as ever and without giving away the story of what happens as they celebrate Anna’s birthday, it got a lot of laughs out of the kids in the audience. And speaking of audience, our theater was PACKED so get there early when you go!

I have the trailer for you below plus 10 free printable activity sheets to keep the magic alive at home after you go see the movie!

It’s every bit as good as the trailer and then some! I just love that Fairy Godmother. And wish she were mine. 😉 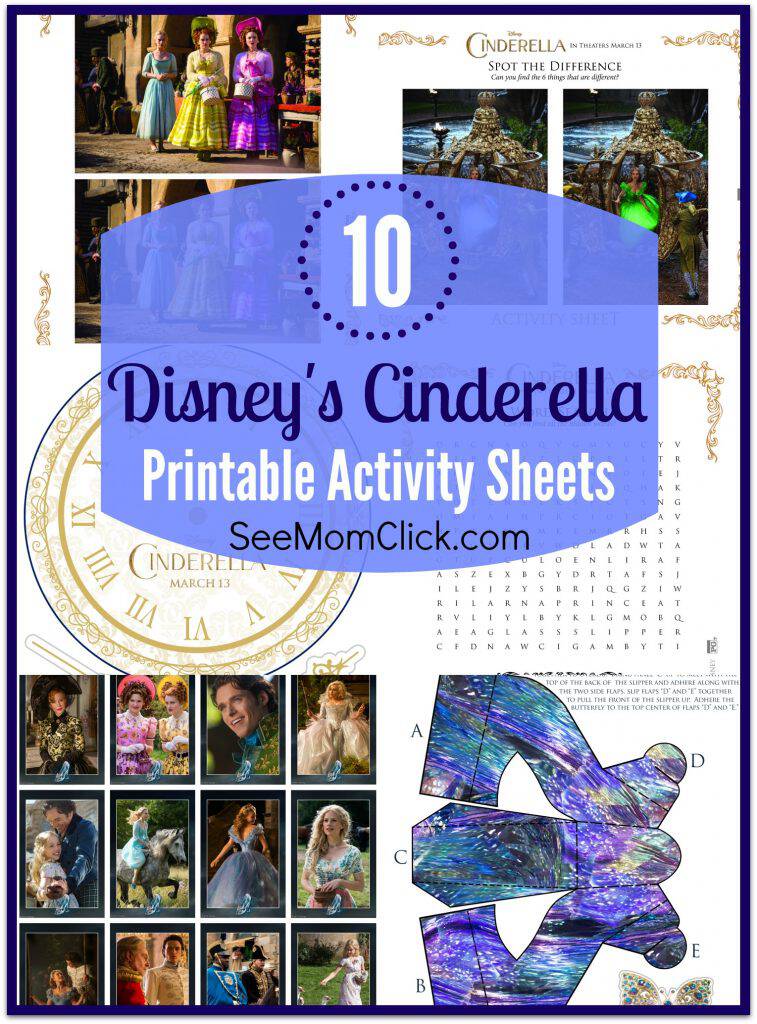 CINDERELLA is in theaters now!