I was provided with complimentary copy of Power Rangers Turbo to facilitate this review.  The opinions in this post are 100% mine.  You can read my full disclosure policy here. 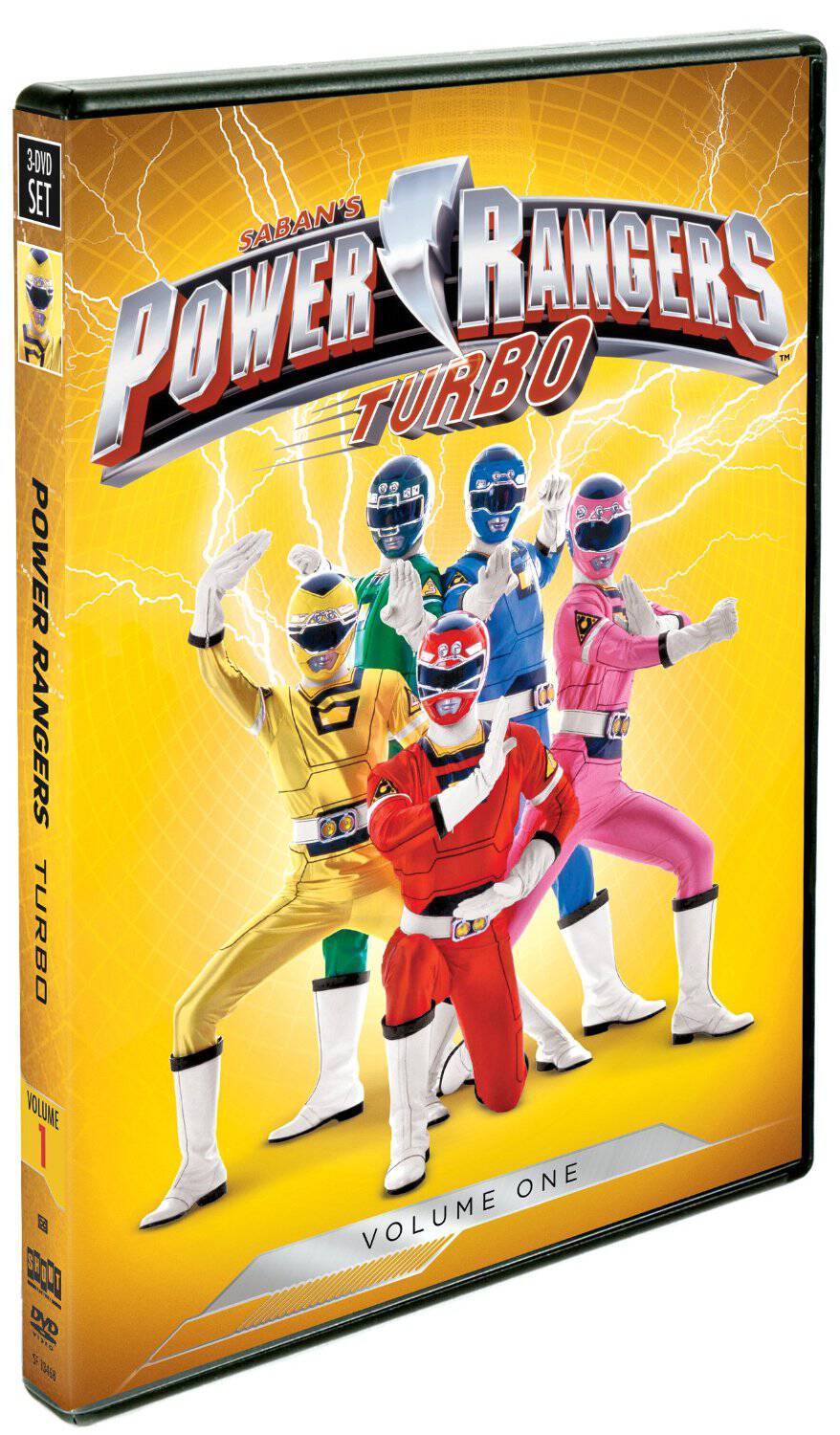 Power Rangers were popular when I was growing up. Who else remembers them on TV as a kid?  Seems like everyone had a favorite colored Ranger.  I always get a kick out of my kids enjoying something from my childhood so this was a fun one to review.  Power Rangers Turbo: Volume 1 comes out on DVD on April 1 and is available for pre-order now.  This is a 3-disc set that includes 23 of the very first Power Rangers episodes!

Continuing from the exciting events of Turbo: A Power Rangers Movie, the five Turbo Rangers use their new powers, weapons and high-tech supercharged vehicles to battle evil at faster speeds than ever before! The beautiful yet vicious space pirate Divatox follows the Power Rangers to Angel Grove to get revenge for ruining her planned wedding to the volcanic island deity Maligore. From her mobile Subcraft armed to the gills with torpedoes and explosives and crewed by a motley bunch of monsters, she relentlessly pursues our heroes. But the Rangers are not alone in their fight, as they are aided by Dimitria, a wise sage and friend of Zordon; Alpha 6, an advanced robotic sidekick with a streetwise demeanor, the Blue Senturion, a robotic intergalactic traffic cop from the future; and the elusive Phantom Rangers, a one-man army whose very identity is a mystery. An all-new team of Rangers is armed and ready to carry on the Power Rangers legacy!

My kids enjoyed watching this. It’s a little different than what they’re used to because it is a 90s show but there’s a reason it was so popular! As a parent I really like the themes of teamwork and helping others.

This would be a fun addition to an Easter basket.  You can pre-order Power Rangers Turbo: Volume 1 on Amazon now!