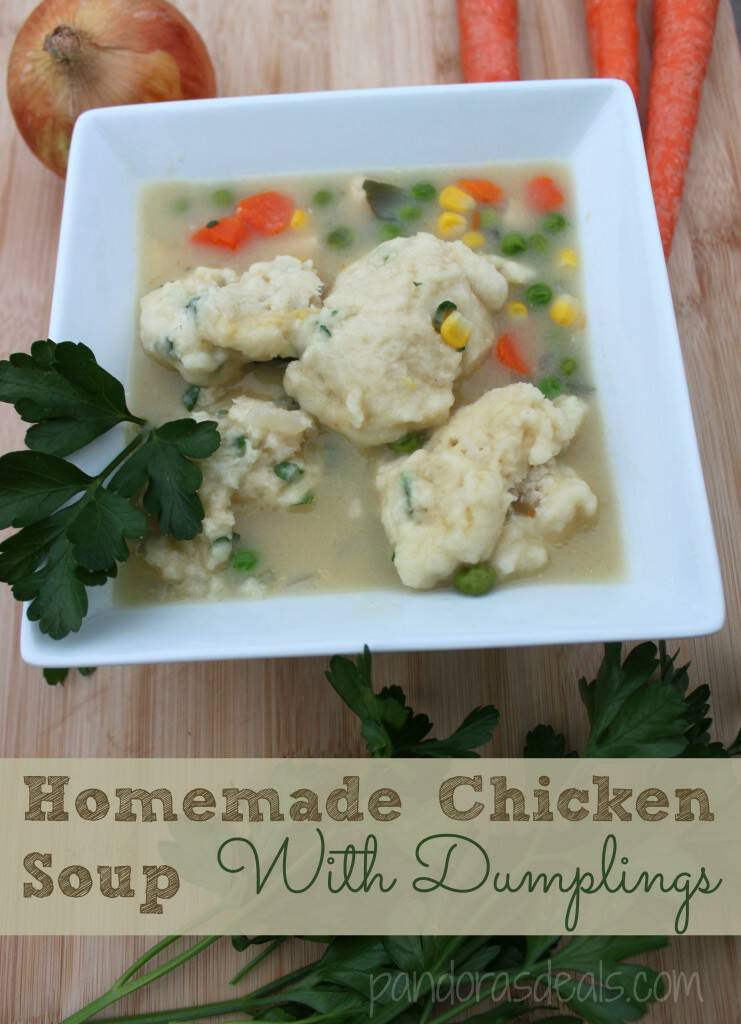 Mmmm..is there anything better than soup on a cold day?  Only if it’s Homemade Chicken Soup with Dumplings.  This recipe is absolutely delicious and really easy to make. My kids gobbled it right up! Of course the dumplings are a favorite but the whole bowl of soup is fantastic with great flavor. And it’s a pretty healthy recipe too. I used a little oil to cook up the chicken but other than that there’s no added fat in the recipe. 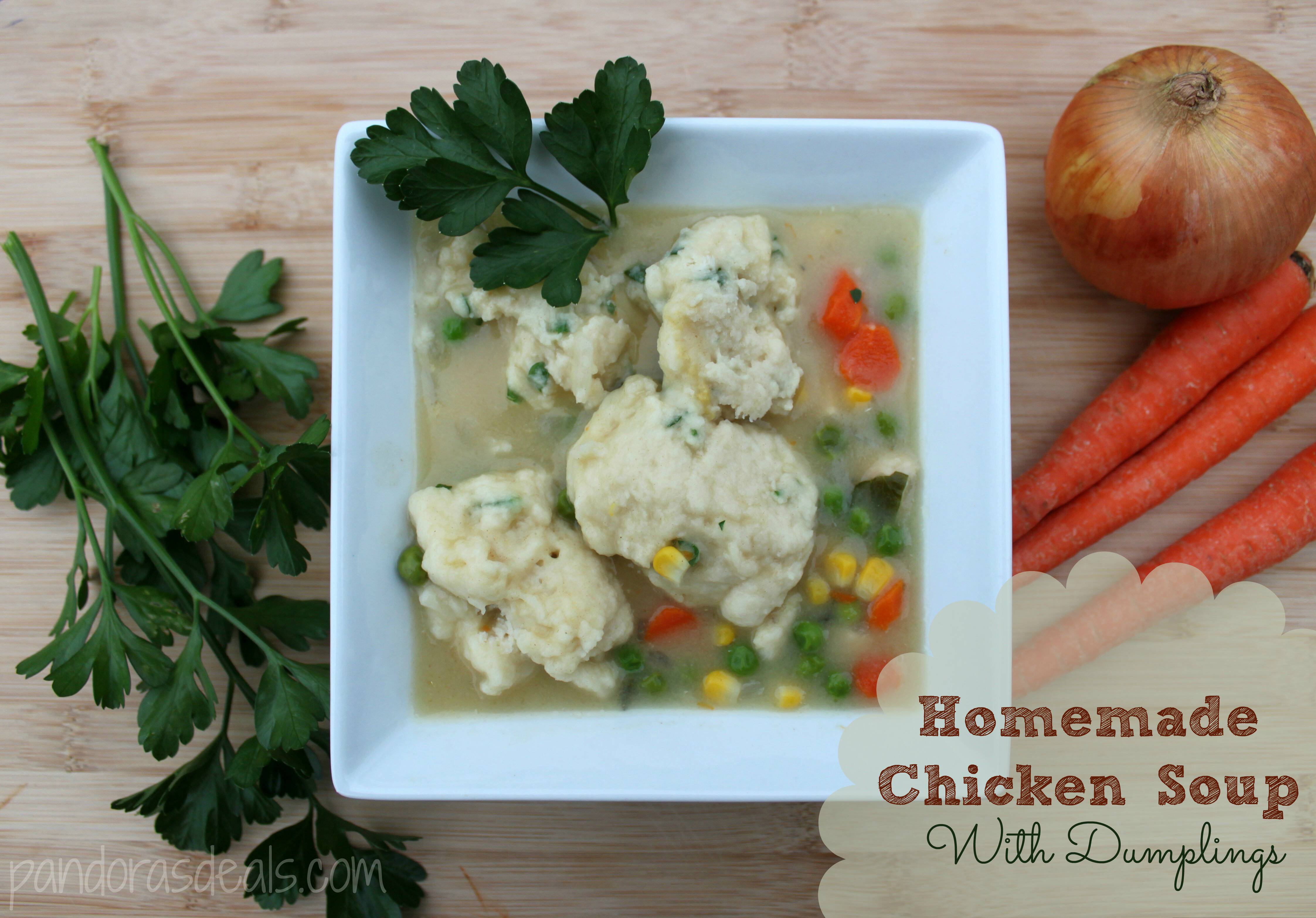 The only thing I wish I would have done differently is double it!  A quick tip: This is not a difficult soup to make at all. There’s nothing tricky about it, but there is a little prep work required. You could easily cook the chicken and chop the veggies when it’s convenient, the night before or in the morning, then just refrigerate it all until you’re ready to throw it together.

Saute the chicken pieces in the olive oil until browned and cooked through. While they're cooking work on the rest of the soup.

All the chopped onions and carrots and bring to a boil. Lower heat, cover and simmer for about 5-7 minutes until carrots are just about tender. Remove cover. Add the peas, corn and oregano. The oregano is optional. Just add if you have it. No big deal if you don't.

Cook for another 2-3 minutes. Add the chicken and 1/4 cup of the parsley. Stir and cook for 2-3 more minutes and while this is cooking, mix up your dumplings.

I followed the Bisquick package instructions but you use what's on your box. My box's recipe was 2c. of Bisquick and 2/3 cup of milk. I combined with a fork and stirred in the other 1/4 cup of parsley. All of the parsley in this recipe is optional. You can make the recipe without it but it adds some nice fresh flavor and color.

Drop dumpling dough by the spoonful on top of the soup and over low heat, cover the pot and cook them about 10 minutes or until a toothpick comes out clean. Try to make your dumplings all the same size so they cook evenly and smaller ones will cook a little faster than big ones.