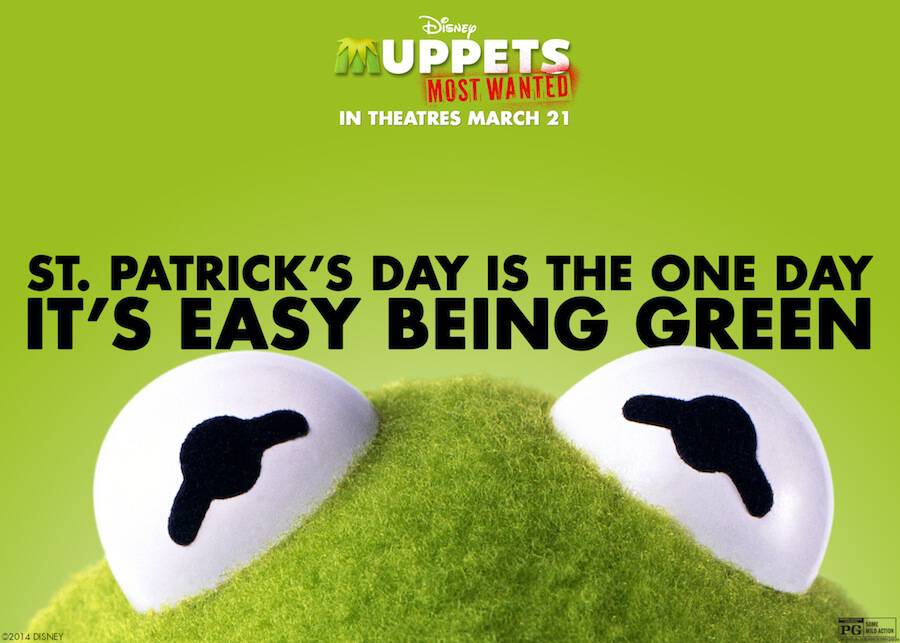 Happy St. Patrick’s Day from everyone’s favorite green guy!  MUPPETS MOST WANTED will be in theaters on March 21. Are you excited to take the kids? Mine can’t wait!