This post is in partnership with Grand Caverns and Visit Shenandoah Valley who hosted our visit. All opinions are my own. You can read my full Disclosure Policy here. 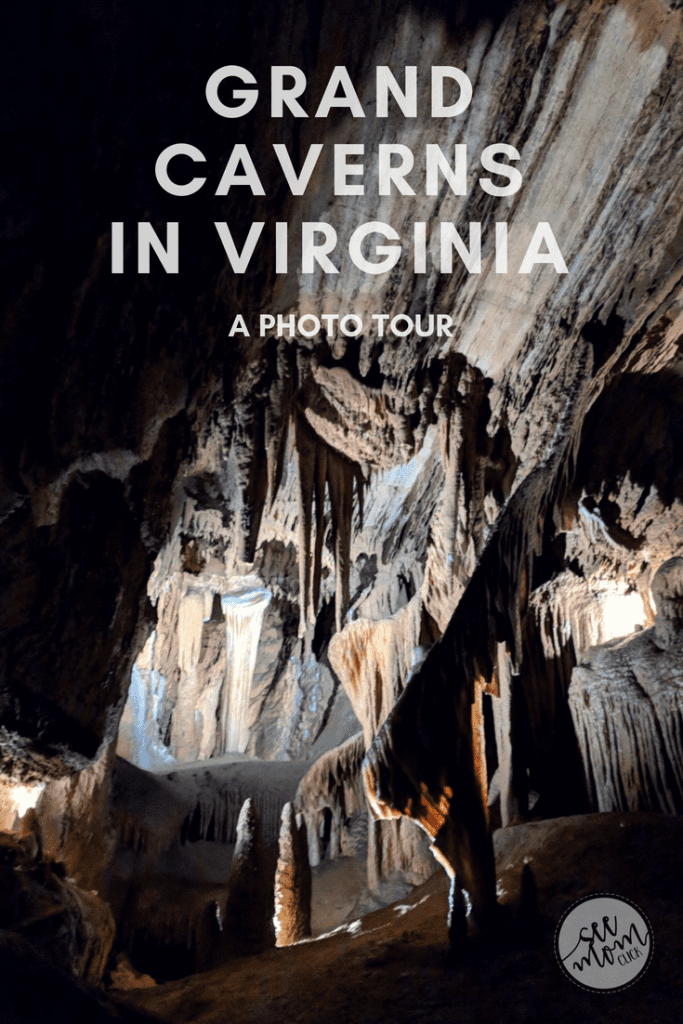 When we travel as a family, we always try to find a mix of fun and learning. One of our stops through the Shenandoah Valley in Virginia was Grand Caverns, and it provided the perfect mix of education and entertainment.

We were all pretty wowed with the stunning cave formations, but we also learned a ton about them. And thanks to a great tour guide, the kids still remember most of it! Take a photo tour below of some of our favorite features in Grand Caverns.

One of the first things our tour guide told us was the story of how Grand Caverns was discovered. In 1804, a young teenage boy was retrieving one of his hunting traps when he discovered what he thought was a fox hole.

For unknown reasons (look at that – even in the 1800s kids did things we’ll never understand!), he crawled into it and discovered Grand Caverns.

Grand Caverns opened to the public for tours just a couple of years later, in 1806. Tours back then were much different than they are today. They took hours and visitors had to carry ladders to get from one level to another. There were no lights so they used candles.

Thankfully tours today are much more user-friendly and really fun for people of all ages. 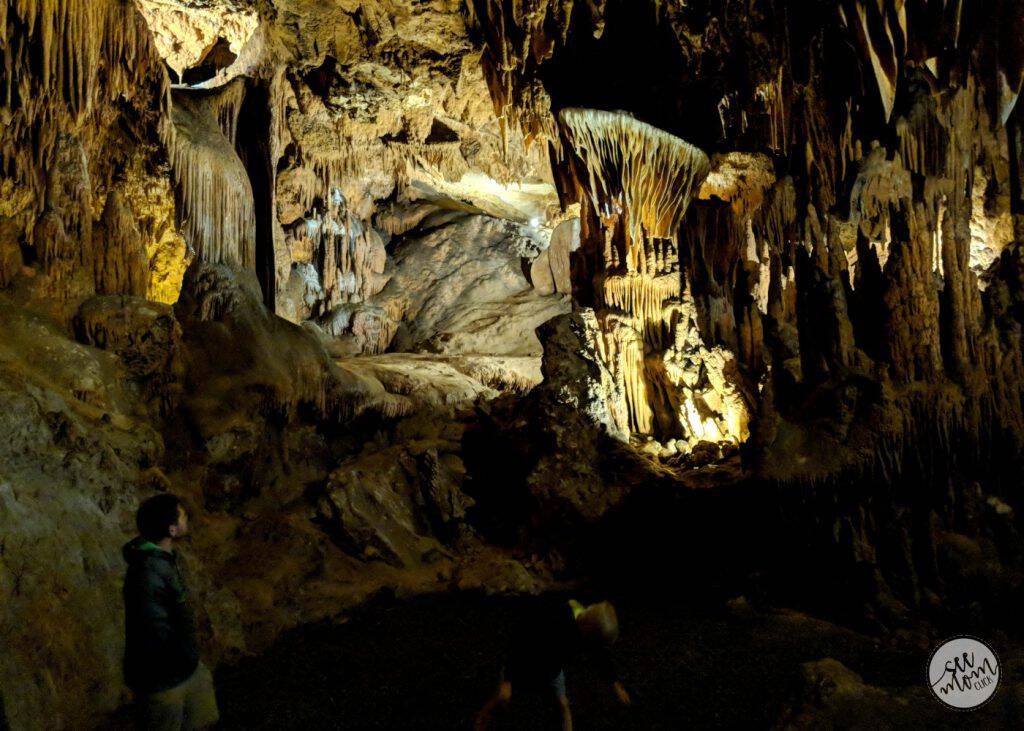 The tour of Grand Caverns takes about an hour and 15 minutes and you walk through the entire thing. Nothing is treacherous, but you’ll need to be able to be on your feet for that amount of time. Strollers and wheelchairs aren’t permitted.

It’s also cool in the cave, about 54 degrees year-round, so bring a hoodie or jacket. Tip: If you’re looking for a rainy day activity, this is a great one! We had a raging thunderstorm going on while we were in the cave and were totally unaffected (until we had to run to the car, that is!).

There are different ‘rooms’ in the cave and the tour guide stops to point out the unique features in each room. They’ve named some of the formations that resemble people, animals, and even a chocolate chip cookie!

Be sure to bring your camera. There are tons of photo opps inside.

This is the Rainbow Room, one of my personal favorites. The lights inside this formation are so pretty.

There are lights throughout the cave so you’re not navigating in the dark, but at one point the guide turned all the lights out just so we could see what true pitch-black darkness looks like. Even when you wave your hand in front of your face, you can’t see it. The inside of a cave is another level of lights out!

The kids learned that stalactites hang from the ceiling, and stalagmites grow up from the floor. The tour guide taught a way to remember that: Stalactites have to hang on tight to the ceiling!

This formation is known as George Washington. You can stand next to him for a photo opp, but no one is permitted to touch any surface in the cave. That’s actually a Virginia law.

The oils on our skin can cause the formations to stop growing, so protect the caves, this law is in place.

These formations are even more amazing when you think about how old they are. They take hundreds of years to grow just an inch, so the stalactites and stalagmites that you see growing several feet out of the ceiling and floor have been growing for thousands of years.

Do you see the circular formations that hang out of the ceiling? There’s one in this photo above, pretty close to the center of the picture, and it looks like it has formations dripping from it. That’s called a shield, and this cave is full of them!

There is one formation that’s a triple shield, 3 of them attached to each other, and it’s the only known triple shield in the world.

This is the Lily room, one of my favorites (my daughter’s name is Lily!). Can you guess why it’s called that? The formation in the center of the photo looks like a calla lily growing out of the ground.

Visit the Grand Caverns website to get more info on visiting this amazing place! You can find them on Facebook, too. And be sure to browse the Visit Shenandoah Valley website for more tips on what to do while you’re in the area.